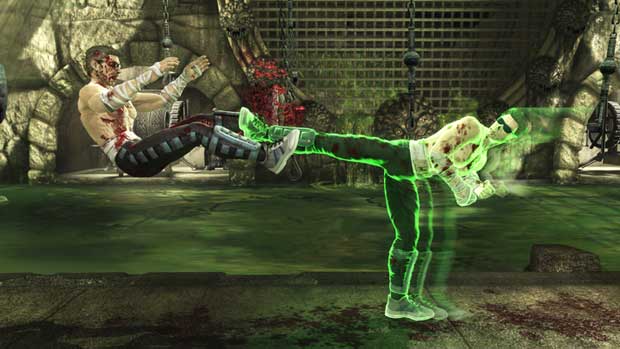 The latest trailer for Mortal Kombat features Johnny Cage, in a movie trailer parody. As fans of the series may already know, Johnny Cage is a character in the game that was originally modeled after Jean Claude Van Damme. Cage has always been a source of comic relief for the franchise, and this trailer is no different.

Below you’ll get your first look at some story pieces of the game, Johnny’s witty remarks, and of course some back-breaking finishing moves and crotch shots.

Mortal Kombat is getting ready to release for the PS3 and Xbox 360 on April 19th.  The Mortal Kombat Demo is available now on the PlayStation Network.