NBA 2K13 shows off its hops 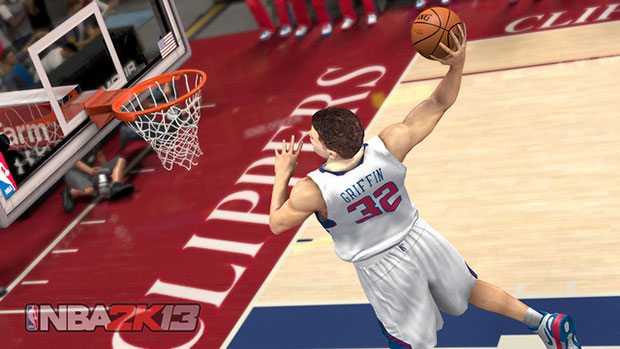 The latest NBA 2K13 footage from 2K Sports shows off an arial display in two minutes of footage for the upcoming basketball title. The arial footage shows off the new collisions that’ve been highlighted as one of the key new features of this year’s title.

For the first time in a couple years, NBA 2K13 will see some competition from EA this year, when the company releases its revamped NBA Live franchise. Early footage leaked last month that showed EA’s next offering, so feel free to compare.

NBA 2K13 arrives on the Xbox 360, PlayStation 3, PC, and other platforms on October 2nd. Which Basketball title will you be picking up this year? NBA 2K13? NBA Live? Neither? Let us know in the comments section below.