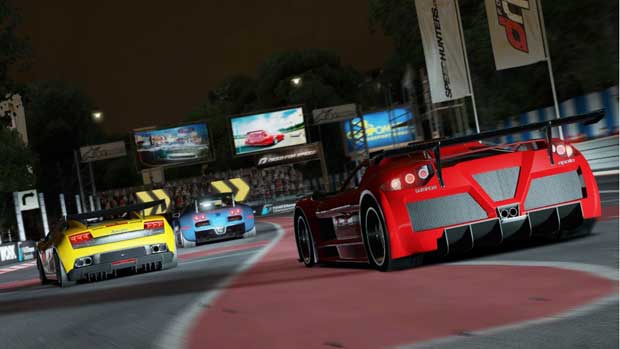 When Gran Turismo 5 launched last fall, it marked many years of hard work from the team at Polyphony Digital. Having built up so much hype, in its extended development cycle, Gran Turismo 5 opened itself up to criticism. Fans, critics, and competing developers all took their shots at the popular racer. With Shift 2 Unleashed on the horizon, EA took some pot shots at Polyphony calling their game sterile and pretty much classifying it as non-fun.

A new video from GAMENYUSU pits the two racers side by side, and while it’s nearly an impossible feat to determine which game is superior because of factors like personal preference, you can see the major differences between the two titles at least in the graphics and sounds of the two.

Having played both to completion myself, Shift 2 definitely is a more visceral racing experience than Gran Turismo. That being said, as a technical racer, GT5 has no rivals. I guess it comes down to personal preference, both are great games and deserve to be in any racing fan’s library. Have a look at the video below and let us know what you think. Did you like the clean precision driving experience in Gran Turismo 5? Or the more exaggerated angry racing styles of Shift 2 Unleashed? Let us know in the comments section below.