The Witcher 2: First 20 Mins of Gameplay 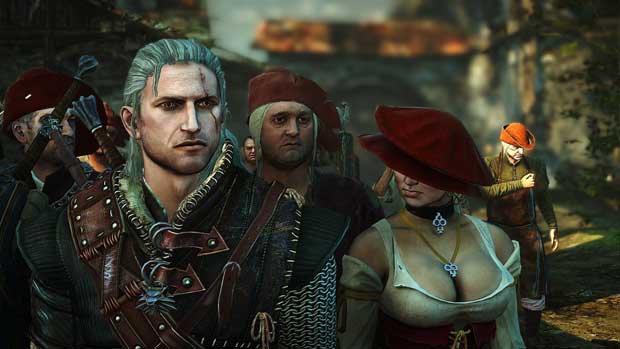 The Witcher 2 has just recently released, and if you’re still on the fence about the game, maybe this 20 minute intro will help you decide if Namco Bandai’s latest is for you.  The Witch 2: Assassins of Kings is available now on PC.  In the Witcher 2, after helping to stop the rebellion undertaken by the Order of the Flaming Rose and saving King Foltest’s life, Geralt became one of the central figures of political turmoil in the Kingdom of Temeria.

Geralt continues to protect the King in the monarch’s mission to bring peace to his state. The last bastions of the Order yielded to the royal army. The only remaining task is to pacify the rebellious castle of Baroness La Valette, who announced separation from the Kingdom. It’s been a month since the attempted assassination of the king, when his army arrives at the gates of Baroness La Valette’s fortress in preparation for the final battle. In the meantime, Geralt, stuck with Foltest, cannot begin his personal quest – to discover the origin and identity of the mysterious witcher-like assassin responsible for the attempt on the king’s life – a quest that would answer many questions.