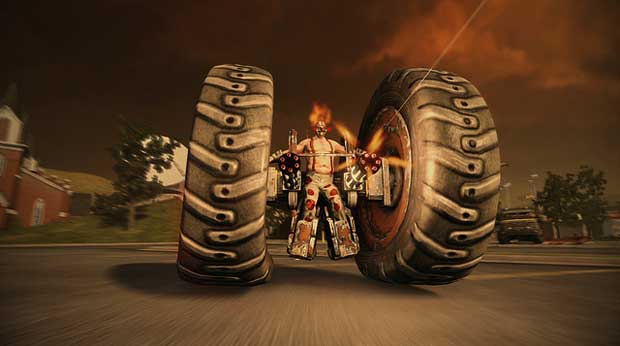 David Jaffe has broke the news that Twisted Metal will be arriving on October 4th, later this year.  Now that he has, there’s a new extended cut trailer to go along with the release date to make the waiting game seem just a little longer to play.  As you can see from the new trailer, we get a glimpse of how the new Twisted Metal will work.

Pick a faction, pick a vehicle, commit vehicular attrocities.  Pretty simple, right?  Well, it’s a bit of a change from the older versions of the games.  Twisted Metal Black contained many more characters than what will be offered in this next rendition of the game.

You can expect much more on Twisted Metal from Eat Sleep Play as we head towards the October 4th release.  Twisted Metal will be a PlayStation 3 exclusive.