Halo 4 the best and fastest selling game in the franchise, says 343 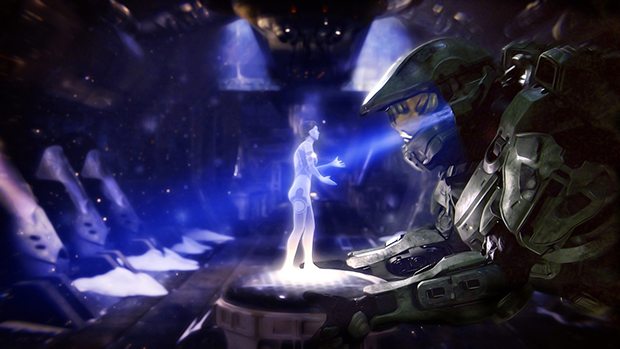 343 Industries had a tall order in delivering the highly anticipated Halo 4 last fall. While the franchise has had a steadily decreasing aggregate review score on Metacritic, 343 believes that they done well by the franchise and the fans with this latest Halo offering.

Frank O’Connor recently took to the Halo Waypoint Blog to discuss what went right, and what went wrong with Halo 4. O’Connor touches on a number of topics, but overall he belives that for a “first effort, it wasn’t half bad.”

“Let me save you the trouble of trolling my statement,” said O’Connor. “We have a lot to learn. We made a lot of mistakes. We can do better. And we know this, and we will.”

As for the good things: “Halo 4 is the best and fastest-selling Halo game in the series. It won critical acclaim. It won awards, from Best Graphics at the VGAs to Game of the Year at the Inside Gaming Awards. We altered the engine. We expanded the universe. We innovated in storytelling, technology, and even marketing. It wasn’t flawless by any stretch of the imagination, but by most objective criteria, it was a resounding success. So we know we have a lot to do. And we know we have a lot to learn. But we also know that we now have the capacity, the teamwork, the technology and the experience to do much better next time. ”

Now for the bad: “There are a ton of things we wish we could done better: Features that didn’t make it into the final game. Glitches that emerged. Missteps made. DLC fiascos. Communication breakdowns.

“But there were things that went astonishingly well – the creation of a genuinely competitive AAA studio chief among them. A collection of talent and souls that can do something genuinely amazing on this and next-generation hardware. The overhaul of an amazing game engine – but one that really needed to be overhauled – and an amassed education on systems, people, code and audience that will stand us in great stead for the future.”

Halo 4 launched back in November, but analysts believe that its been a disappointment when it comes to sales. While O’Connor says that its the fastest selling Halo title in the series, most of those sales were snagged when long time fans of the franchise lined up at midnight for their chance to continue the story of Master Chief. Halo 4 is the first part of a new trilogy in the Halo Universe. And this “better” Halo is likely already being worked on by 343.

Home / Xbox / Halo 4 the best and fastest selling game in the franchise, says 343