Characters that Should Be in the New Super Smash Bros. 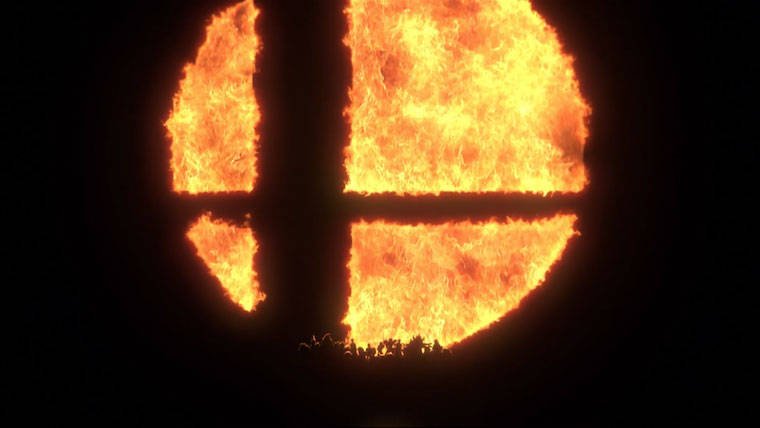 In case you missed it, Nintendo just announced via Nintendo Direct that a new Super Smash Bros. will be coming out for the Switch sometime this year. So now it’s time for everyone’s favorite bi-decennial activity: guessing new Smash Bros. characters!

Just to be clear, I don’t want it to seem like I’m saying that I think the characters I mention in this list, and only the characters in this list, are definitely going to be in the next game. It’s just a list of characters that come to mind that I think would make sense to appear in the game. I’m sure many people will disagree with some of the characters on my list and may not find other characters that they think should be on the list. If that’s the case, you can politely (or impolitely, but preferably politely) make additions to this list in the comments. I’m also assuming that most, if not all, of the characters from the last Super Smash Bros. game(s) will be returning in this new one. Now with that out of the way…

I know, this isn’t the most original pick, but it’s one that a lot of fans have been asking for for a long time, so I kind of have to put it. I think I remember hearing at one point that the reason Ridley hasn’t been in any Super Smash Bros. games is because he’s too big or something, but I don’t know. Kirby’s canon height is eight inches, so if they were able to re-size him so his size made more sense next to these other characters, why couldn’t they re-size Ridley? But even if this is a bigger issue than I’m making it out to be, there should probably be SOME other Metroid character, right? Even if it’s not Ridley, Metroid is a huge franchise for Nintendo, yet Samus remains its only representative in Super Smash Bros. Two versions of her, but still. There should be another Metroid character.

Another pretty frequently requested character is Dixie Kong. The first two Super Smash Bros. games featured Donkey Kong as the sole representative of the Donkey Kong Country series. The next two games included Diddy Kong. Maybe it’s time for another Kong. If so, the star of Donkey Kong Country 3 seems like the obvious choice.

It’s probably about time another Star Fox character was added to the roster too, and it seems like Krystal is among the most popular ones, so here.

For some reason, the Ice Climbers, who appeared in Melee and Brawl, were absent from the fourth game(s). Why? Bring them back.

This one’s a little bit more of an unusual pick. There hasn’t been a new Mother character in a Super Smash Bros. game since Lucas’ appearance in Brawl in 2008. Which makes sense, since there haven’t been any new Mother games since then, but the series has continued to maintain a huge cult following and though I don’t see Nintendo localizing Mother 3 anytime soon, they might be able to satiate fans a little bit by including this character from the first Mother in Smash. He might look a little too similar to Ness, but there are plenty of other PSI (or PK, as they’re called in Smash Bros. for some reason) abilities that could be included in Ninten’s moveset to distinguish him from the other Mother characters.

You know, like how Mr. Game & Watch was randomly included in Melee, or Duck Hunt in for Wii U/3DS. Characters from way back when who you would never think could be in a fighting game, but are anyway. Maybe like the Balloon Fight guy or something?

Same deal. In particular, assuming they’d want to add a character from the Seventh Generation, I could see the starter Incineroar fitting well into a fighting game, or possibly the fan favorite Mimikyu. Or maybe they include Shadow Mewtwo from Pokkén Tournament.

Splatoon is still a pretty new Nintendo franchise, so if the Inklings can be in Smash, why not a character from another new Nintendo IP, ARMS? It might be too soon though, since ARMS did only come out last year. Animal Crossing was a franchise for thirteen years before the Villager joined Smash, after all.

Shulk from the first Xenoblade Chronicles made an appearance in the last Super Smash Bros., so why not Rex in this one?

12. Snip and Clip (from Snipperclips)

I don’t know, I was just kind of thinking of more random and weird but more recent characters. With the inclusion of the Mii Fighters and Wii Fit Trainer in the last Smash Bros., I wouldn’t be surprised if something like the Snipperclips characters were included in the new one.

What I mean by this is more characters from franchises that are already represented in Smash Bros. but that aren’t Nintendo-owned properties. For example, Sonic the Hedgehog is already in the game; why not add Tails or Shadow or something? Cloud Strife was DLC; what if Noctis or Lightning were to be DLC in the next game? Stuff like that. However, since the whole point of Smash is to bring together mostly Nintendo characters and that these 3rd party characters were kind of just fan service, Nintendo might not think it’s necessary to have more than one character representing a non-Nintendo franchise.

Speaking of non-Nintendo franchises, Nintendo’s been doing this thing lately where they add classic, iconic, but non-Nintendo characters to Smash, such as Sonic, Mega Man and Pac-Man. Sega’s represented with Sonic, Capcom with Mega Man and Bandai-Namco with Pac-Man; maybe now a Sony mascot, like Crash Bandicoot, can get a seat at the table. This also looks particularly likely since it was just confirmed that the Crash Bandicoot N. Sane Trilogy is coming to the Switch later this year.

Same thing, pretty much. Another classic but non-Nintendo character that has recently appeared in a Switch game, in this case Super Bomberman R.

Nintendo and Ubisoft came together for Mario + Rabbids Kingdom Battle, why not come together again so Rayman can participate in Smash Bros.?

Again, not a Nintendo-owned character, but the guy’s got his own amiibo and everything.

Mario is Nintendo’s biggest franchise, we all know it’s likely that another Mario character’s probably going to join the roster. Since the release of the last Super Smash Bros., Captain Toad has appeared in his own game, which is now even being ported to the Switch, so he seems about as likely a candidate as any.

Come on, this is way overdue.

Okay, I’ll admit, I’m partially including this character because I’m self-admittedly an Undertale fanboy. But I, and a lot of other Undertale fans, have thought it’d be really cool for Sans in particular to be in a Smash game for a while now, and now that Undertale is coming to the Switch, it seems perfect. Please, PLEASE let this happen. Even if he’s just DLC. I’ll take it. This would be so cool.

Home / Original Articles / Characters that Should Be in the New Super Smash Bros.