Everything Announced in Today’s Nintendo Direct 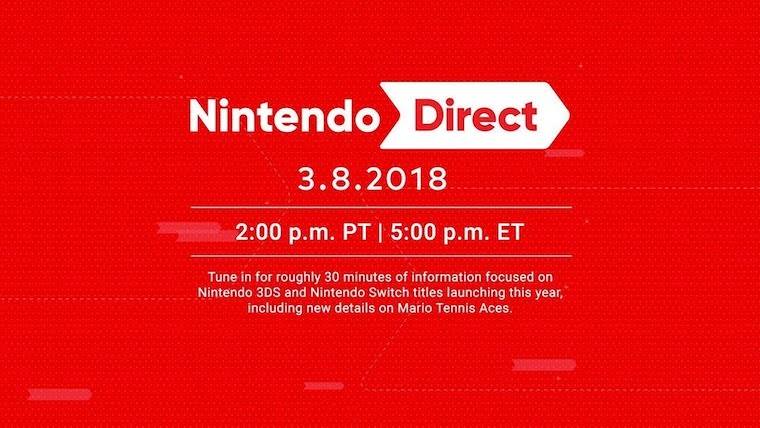 Today (March 8), Nintendo held their latest Nintendo Direct and dumped a ton of information about upcoming Switch and 3DS games. In case you don’t feel like sitting through the entire 34-minute presentation, here are the main points that were addressed in the video.

This Nintendo Direct started off with some 3DS announcements. This only took about six minutes before all the Switch announcements started coming, but here are the few games that were mentioned for the 3DS.

Here’s the meat of this Nintendo Direct. This section took up about thirty minutes of the presentation, and boy, was there a lot announced, so let’s get into it.

So there you have it. Also, in case you’re interested, Japan’s Nintendo Direct was a little different from ours, as it included a few games that it looks like won’t get western releases. You can watch the full Nintendo Direct presentation below.