Destiny 2: Everything We Learned From the Hands-On Event

The latest news in the world of video games at Attack of the Fanboy
May 27th, 2017 by William Schwartz 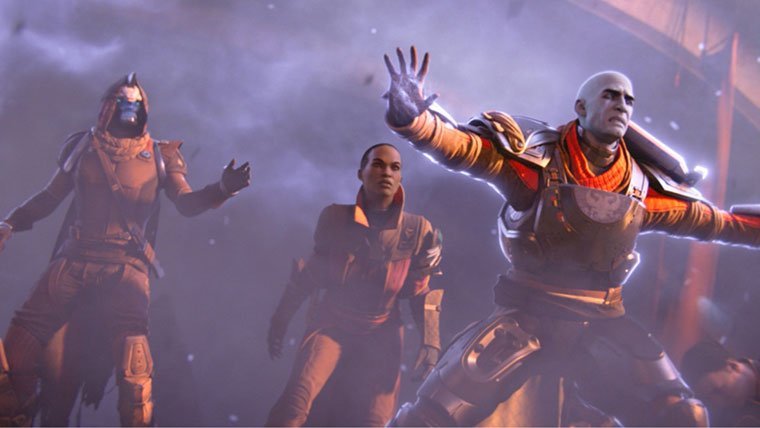 A little over a week ago we were out in Los Angeles to play Destiny 2 for the first time.  It was a great experience as we got a chance to go hands-on with multiple versions of the game, and multiple modes within Destiny 2.  We learned about the new Grimoire situation, something that fans have been asking for since 2013.  We learned that Destiny 2 would feature all-new locations and that Bungie was taking the stance that there would be no returning areas to the game.

It was also revealed that Bungie would be bringing their PC version of the game to Battle.net exclusively, bypassing Steam in the process.  A choice that makes sense if you think about the business side of things, but a choice that we haven’t seen them make with other franchises like Call of Duty.

Kyle thinks that Destiny 2 on PC will be the best place to play the game after going hands-on with it.  If you want to hear his comparisons of Destiny 2 on PC and PS4 Pro, you should check out this article.  Unfortunately, one of the side notes of the event was that the release date timing for Destiny 2 on PC isn’t quite set in stone at this point.

We got to play a bunch of Destiny 2 and we took a lot of video.  You can check out raw gameplay from the game’s Inverted Spire Strike in the player below:

Alongside playing the game, we also got a chance to talk with Bungie themselves.  Mike Zak took some time out to speak with us for a bit and he gives us a little more information about Destiny 2, and absolutely no new information about Xur’s location and fate in Destiny 2.  After all, it is the burning question that Destiny fans want to know.  Did Xur happen to be selling his wares in the Tower when the Cabal strike happened.. this is serious.

You can find that interview below:

Following and during the reveal, the internet does what the internet does and pretty much divided itself into two warring factions.  There’s one sect of people that believe that Destiny 2 is nothing but glorified and expensive downloadable content.  There’s another that believe that the improvements made in Destiny 2 actually warrant them putting the number behind it.  After spending some time with the game, Kyle’s formulated his thoughts on this, and you can check out why we think the latter is the case.

Finally, we get together to discuss Destiny 2 and if you’re looking for new gameplay from Destiny 2 you can check out our quick 20 minute rundown of what we saw and what we thought about the game.

Destiny 2 is it a worthy sequel?

Home / Original Articles / Destiny 2: Everything We Learned From the Hands-On Event