Wherever we go, this family is our fortress. 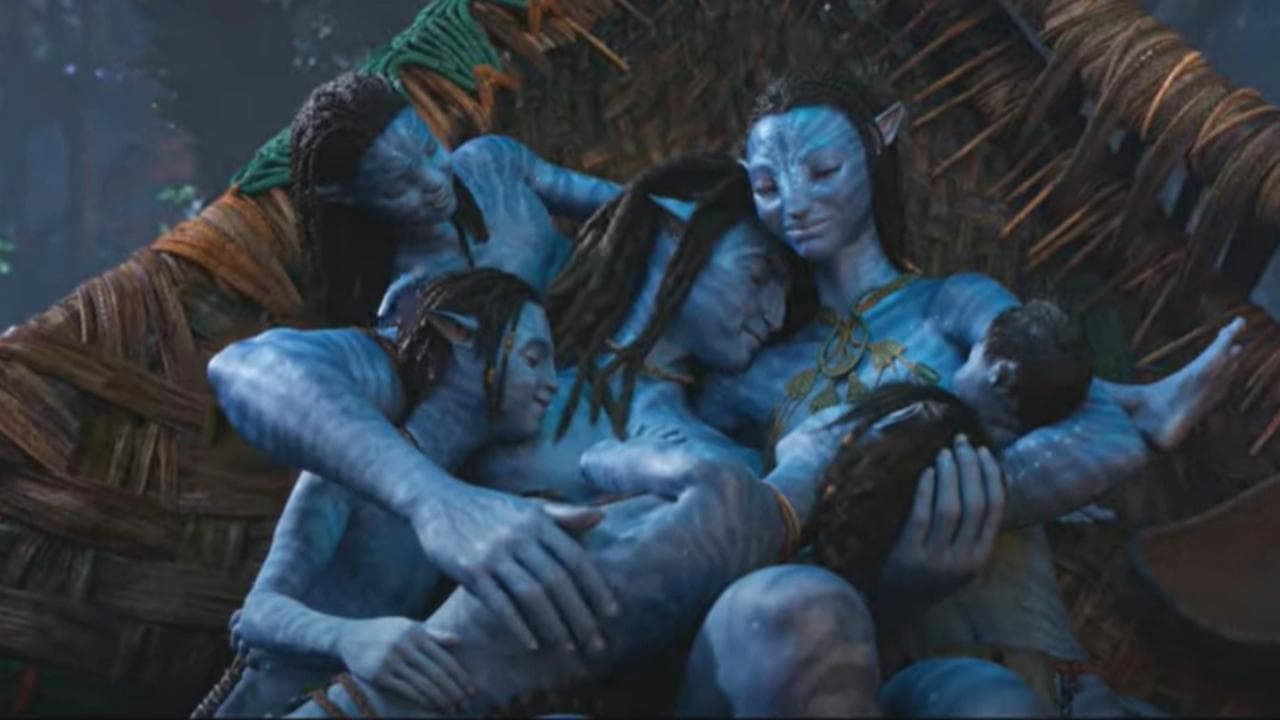 Jake and Neytiri have created a unique family full of biological and adoptive kids. They play a considerable part during the events of the Avatar sequel, so it is essential to understand who they are. Here is Jake Sully’s family from Avatar: The Way of Water explained.

Neytiri is the Na’vi princess of the Omaticaya clan. She is the second-born to Eytukan and Mo’at and the younger sister of Sylwanin. Neytiri meets Jake Sully during the first movie’s events, and they fall in love. She is the birth mother of Neteyam, Lo’ak, and Tuktirey. She is the adoptive mother of Miles “Spider” Socorro and Kiri.

Neteyam is a Na’vi and Avatar hybrid who is the eldest son of Jake and Neytiri. He was able to pass his Iknimaya ritual on his first try and bond with a mountain banshee. Neteyam is the future tsahik of the Omaticaya clan due to being the eldest.

Lo’ak is the biological son of Jake and Neytiri. He is also a Na’vi and Avatar hybrid with faint eyebrows and five fingers. He is often portrayed as getting into trouble while trying to earn Jake’s approval but often failing.

Miles is a human who was born in Hell’s Gate and left behind at the end of the first movie because young children couldn’t be sent back to Earth. He is the biological child of Miles Quaritch and Pax Socorro. Jake calls him a stray who keeps showing up. Jake and Neytiri adopted him as Miles grew super close to their children.

Tuktirey, often called Tuk The Way of Water, is the biological daughter of Jake and Neytiri. She is closer to a full-blooded Na’vi than her siblings, as she only has four fingers and no eyebrows. Tuk is closest to Kiri as she is left behind when her parents and brothers go on dangerous missions.

Kiri is the biological daughter of Grace Augustine’s Avatar. She was conceived naturally after the Avatar of Augustine died. She also has the traits of a hybrid with five fingers and eyebrows. Kiri was adopted by Jake and Neytiri and is exceptionally close with Tuk. She has powers that let her communicate with nature on Pandora and Eywa.

Avatar: The Way of Water is now avaiable to watch exclusively in theaters.