Chainsaw Man: All Major Differences Between the Manga and Anime

How close is this adaptation to what you remember? Chainsaw Man is a fantastic anime adaptation of a highly well-received Shonen Jump manga depicting a Devil Hunter in Tokyo who must survive every day and know who to trust. Its protagonist, Denji, is granted the heart of a devil and thus able to transform into a devil-killing machine employed by Public Safety to tackle devil threats to the public. Studio MAPPA has provided an exceptional, gorgeous anime adaptation so far, but in adapting this series they have had to make a number of compromises. These compromises result in some significant differences between the Chainsaw Man anime and manga.

What Are the Differences Between the Chainsaw Man Manga and Anime?

On the surface, the Chainsaw Man anime is very much the same, but so far with one scene shown earlier than in the manga, with other scenes altered or omitted for the sake of pacing. These scenes won’t alter your perception of the series, but people expecting an exact 1:1 adaptation in the exact order might be a bit frustrated but will love the quality of the presentation. Here are some scenes that have been changed, omitted, or moved ahead:

The Alleyway With the Door in the Chainsaw Man Anime Premiere

You hear heavy breathing as a character, from the first-person perspective, turns down a creepy alley to approach a door at the end with an eye peering ominously from the peephole. The character approaches, with the shadow making it increasingly apparent it’s Denji approaching the door with the mystery eye. This scene is revealed to be a dream that leads into an otherwise perfect 1:1 adaptation of the first chapter of Chainsaw Man. However, it originally made an appearance in Chapter 38 of the manga, being described as a recurring dream featuring a certain key character. 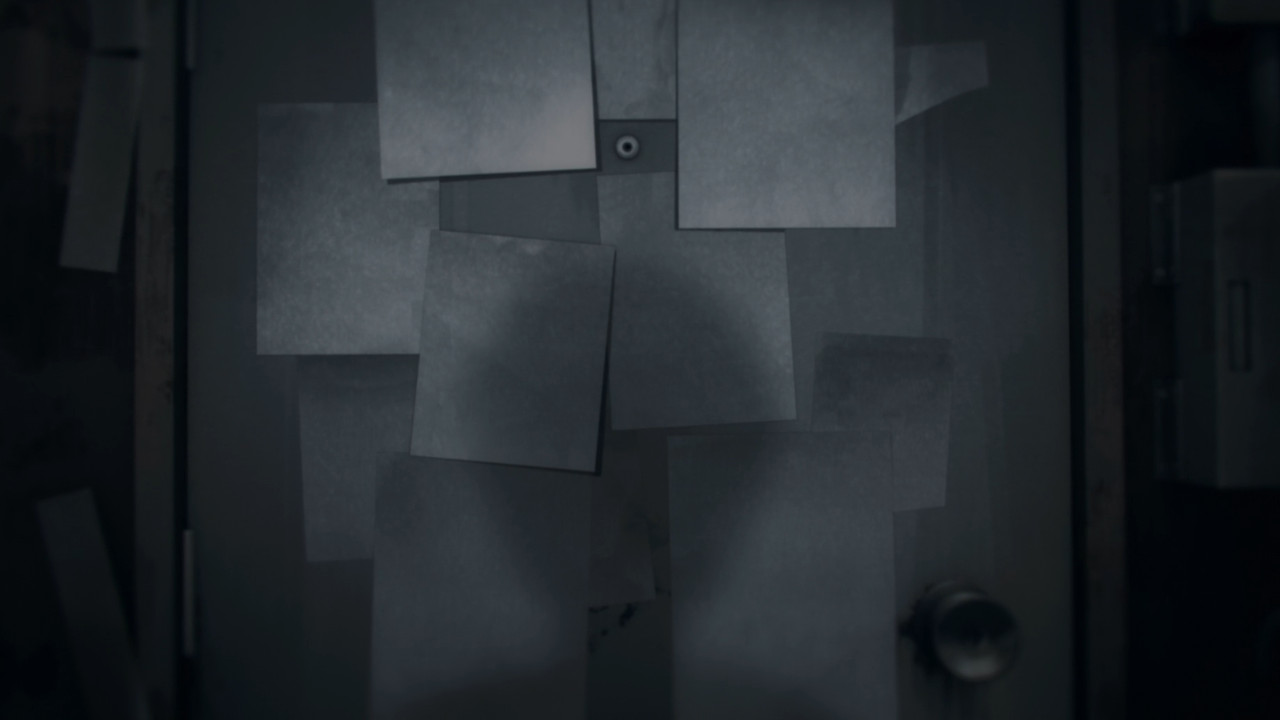 This was likely introduced to actually convey how long Denji has been having these dreams and to convey his particular connection to the character kept behind the door. It appears to be a parallel drawn to how Uzumaki Naruto interacts with Kurama, the Nine-Tailed Beast locked inside his psyche, at first. There is another encounter with the door in Chapter 71, until the reveal in Chapter 82 of the truth. This is a fairly consequential reveal for Denji’s backstory, so for those who haven’t read that far ahead, we’ll leave this detail out for now.

The Muscle Devil Scene in the Manga, but Cut from the Anime

Some folks might argue this scene is easy to forget, but it takes place in the middle of the segment in the anime where Makima takes Denji to get udon noodles. In the manga, Denji’s free meal is interrupted by a call for help from a man whose daughter was snatched by a devil. Denji, wishing to have his meal, is commanded by Makima to investigate, seen by her as her ‘pet’ and a ‘dog to be euthanized’ if he disobeys her orders, which he quickly resents. Denji goes in, only to find the girl tending to the wounded devil resembling when Denji found Pochita. He initially took pity, but it was a ploy by the Muscle Devil to entrap any would-be rescuers, but Denji quickly takes advantage back and kills the devil.

After this scene takes place, Denji returns to Makima, tired and submissive, willing to comply with her demands as long as he is fed and able to survive. Makima even teases Denji at this point that he is her ‘type’ of boy, to which he responds positively. It characterizes their relationship where Denji is the submissive worshiper of Makima despite her flaws, while Makima is effortlessly dominant. Meanwhile, in the anime, Denji never has this Muscle Devil encounter, and instead is just instantly submissive, not even noting these flaws. It’s likely to pace how his perception of her develops over time, but fans have made note of this omission.

Aside from these changes, all other adjustments seem minor. Instead of ‘score with a girl’ as Denji wishes to do in the anime, he tells Pochita his original wish was to hug a girl before he died, something made more significant by how Makima embraced him allowing him to return to a human form in the first episode. Many things stayed the same, including popular fan-favorite moments like the ‘Testicle Devil’ moment, or Denji’s adolescent fixations on dirty magazines and women’s bodies.

I do and do not regret this from ChainsawMan

At its core, the series is still very much the same, at least for now. But if you read ahead, you’ll find the series takes quite the turn over time. We will update this with more differences as they appear.

Attack of the Fanboy / Entertainment / Chainsaw Man: All Major Differences Between the Manga and Anime