Trigun Stampede Episode 2: A Returning Character is Redesigned, and What We Think 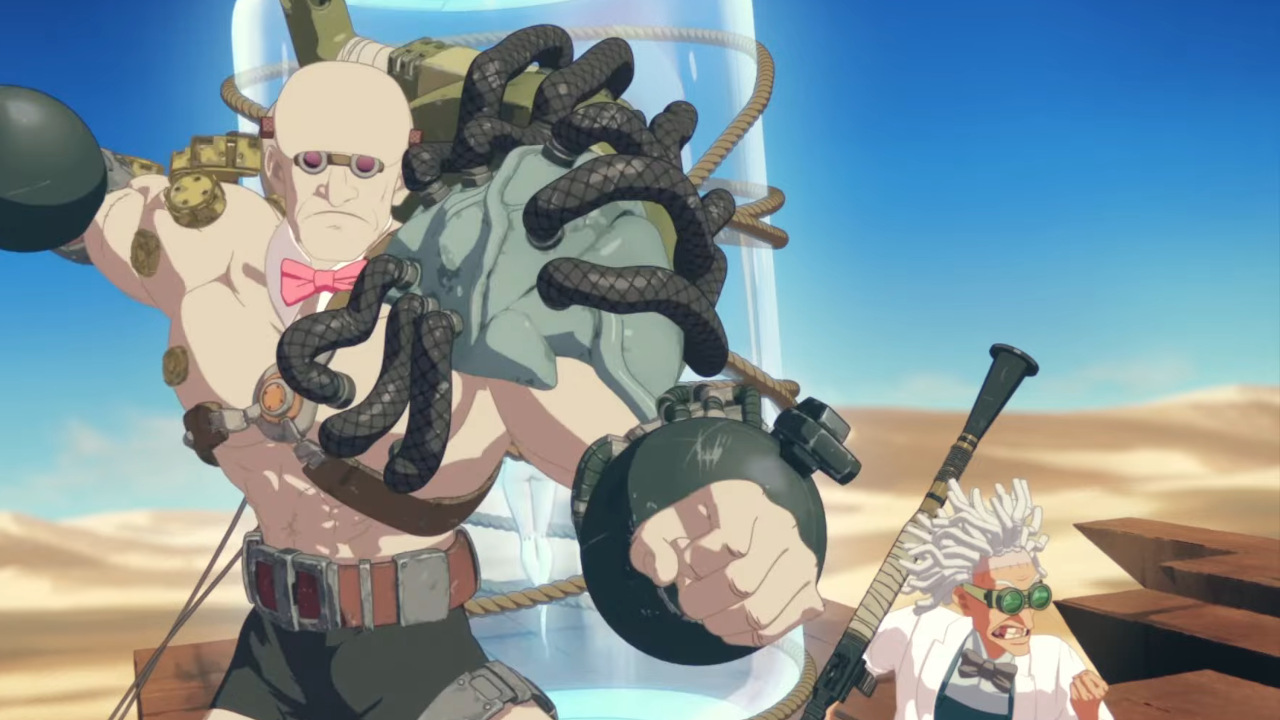 Trigun Stampede is one of the best-looking anime in years, an expertly animated retelling of a 1990s classic. It focuses on the story of Vash the Stampede, a goofy protagonist who idealizes peace and protects the people around him, while also attracting chaos everywhere he goes. The series is stunning, funny, and has some awesome action in it while promising increasingly dark developments as the story progresses. While the series overall looks great, Trigun Stampede episode 2 unveiled the redesigned version of Father Nebraska, and it’s an interesting choice, to say the least.

Father Nebraska was never intended to look beautiful, but his redesign for Trigun Stampede episode 2 is one of the weaker aspects of the episode. His design, while certainly loaded with expressive animation in the face, seems unnecessary, and seeing him in overall motion is one weak point. Signs of this include the decision to add hair and replace his monocle with goggles that slightly resemble those worn by Kanta Nebraska. Finally, he got a few extra teeth, with just enough to make the CGI feel more convincing.

While this helps differentiate him better from the Col. H. Stinkmeaner parallel people can sometimes get from how he was originally designed, it’s not a slam dunk, and he’s not the only one.

Gofsef Got Shrunk in His Redesign for Trigun Stampede

This decision is certainly okay in that it doesn’t hurt the storytelling and we’re still sold on his overall design, but it is still a puzzling one. However, his moments with Vash were an absolute highlight of the episode, and Father’s love for Gofsef was incredibly endearing, so seeing him desperately hug and embrace his son after rescuing him will tug at the heartstrings. There’s still a notable size difference between the two, with Gofsef towering over his father, so the idea is not lost entirely.

Don’t Forget About Vash and His Redesign

Some viewers were quick to provide their ‘fixes’ while others embraced the change. Vash’s hairstyle embodies a more modern popular haircut as opposed to the more generic, Super Saiyan-looking hair from the original. Love it or hate it, the new hair looks great in motion. Not everybody is happy with the design or the overall decisions made for this show, but it was all completed with love and care for the series, and we appreciate having another hot anime to check out.

More on Attack of the Fanboy :
Trigun Trigun Stampede

Attack of the Fanboy / Entertainment / Trigun Stampede Episode 2: A Returning Character is Redesigned, and What We Think