Just waiting to see "Cassie Lang will return" flash at the end of Ant-Man and the Wasp Quantumania. 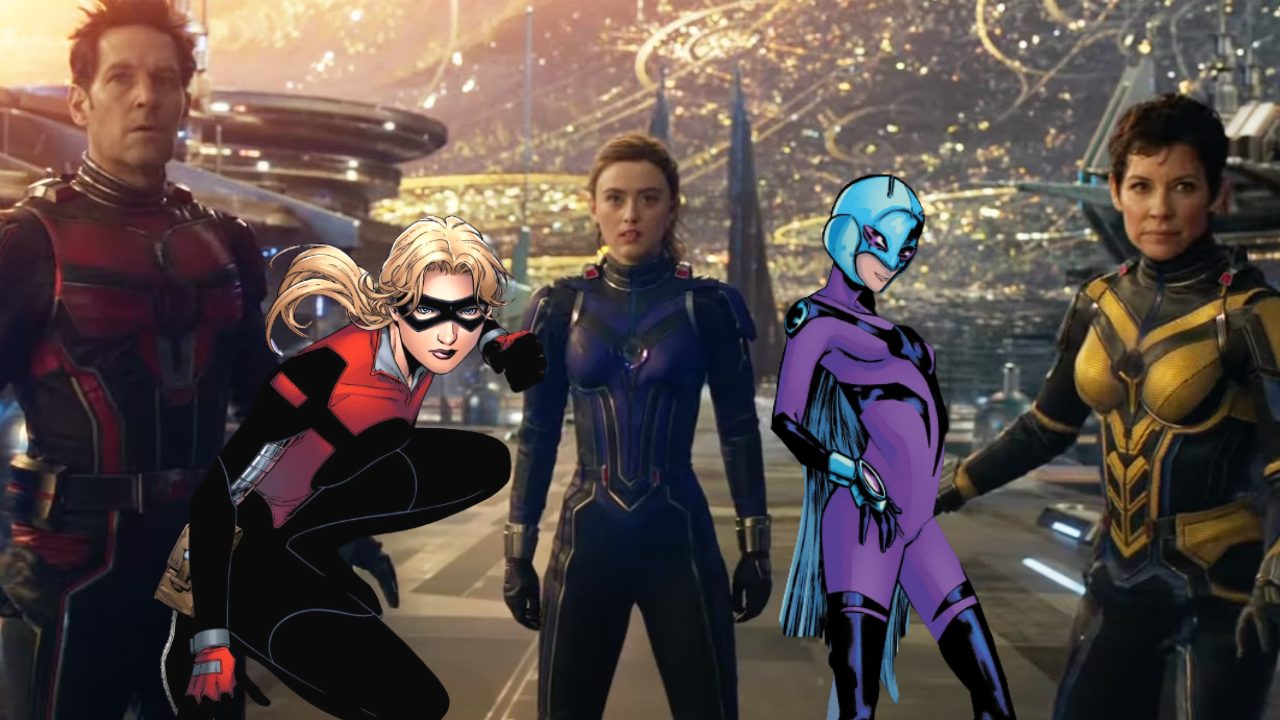 Amid a legion of fan-theories on how Ant-Man and the Wasp Quantumania, recent rumors and leaks may suggest a crucial detail for Scott Lang’s daughter, Cassie Lang. Apart from the obvious recast of the character following Avengers: Endgame, Cassandra Lang (now portrayed by Kathryn Newton) is expected to put on a supersuit courtesy of Dr. Hank Pym and her father, Scott Lang.

Though promotional material of Ant-Man 3 clearly showcased Cassie’s official entry into the world of superheroes, it is highly likely that she will not receive either of her iconic mantle from the comics.
Warning! The later part of the article will contain multiple spoilers for Ant-Man comics.

Why MCU Is Unlikely To Set Up Cassie Lang As Stature/Stinger In Ant-Man 3:

In the Marvel Comics, Cassie Lang debuted in 1979’s Marvel Premiere Vol 1 #47 (Feat. The Astonishing Ant-Man) and took on her first superhero mantle as Stature in 2005’s Young Avengers #6. However, later the writers revamped her character with a fresh look and a new mantle, i.e. Stinger.

From the initial looks of the character in the promotional footage and posters of Ant-Man and the Wasp Quantumania, Marvel Studios may set her up as Stinger. For starters, Cassie’s Pym Particle-enabled suit is purple like the primary suit of Stinger in the comics.

Furthermore, in the comics, Cassie (Stature) was killed in Avengers: The Children’s Crusade Vol 1 #8 by Doctor Doom. Later, upon her resurrection, the character chose to be identified as Stinger in 2016’s Astonishing Ant-Man Vol 1 #6. Since Marvel Studios is yet to introduce Doctor Doom, thus her demise is not on the MCU’s horizon. Additionally, Ant-Man and the Wasp Quantumania director Peyton Reed confirmed that Cassie is around eighteen-year-old in the film. This further hints that she will not be referred to as the Stature in the MCU, as that mantle was used by a much younger version of the character in the comics. Thus, it is likely that the MCU is skipping Cassie’s phase as Stature.

Marvel Studios head Kevin Feige and co. have dropped multiple hints about a potential Young Avengers project on the horizon. With the introduction of characters like Yelena Belova, Kate Bishop, Kamala Khan, and Cassie Lang, amongst others, it is likely that the young group will be introduced in the later phases. Therefore, it is plausible that the MCU will leave Cassie’s journey to pick up the mantle of Stinger for such projects in future.

Additionally, a new concept art for official Ant-Man and the Wasp Quantumania merchandise on Zazzle possibly confirmed the aforementioned theory. In the group promo art featuring Scott Lang, Hope van Dyne, and Cassie Lang, the first two are referred to as “Ant-Man” and “The Wasp,” respectively. However, no such distinctive mantle is used for Cassie, who is just referred to by her actual name. This is either a calculated decision by Marvel Studios to prevent spoilers, or Cassie may not adopt the mantle in Ant-Man 3 at all.

However, with the recently confirmed official runtime of Quantumania being 2 hours and five minutes, there will likely not be much character development for Cassie (if at all). With the film being already packed with the proper introduction of Kang The Conqueror, MODOK, and more, it is patently clear that Ms. Lang would have to wait for any future projects before receiving a proper arc.

Moreover, previous takes on characters like Kate Bishop and Yelena Belova in the MCU merely implied that they have replaced the legacy characters which held the mantle of Hawkeye and Black Widow, respectively. Thereby, all aforementioned hints suggest that Cassie Lang’s arc at being a superhero and officially adopting the mantle of Stinger is reserved for future installments in the MCU.

More on Attack of the Fanboy :
Ant-Man Marvel MCU