Far Cry 5 How to Get a Fighter Plane

The latest news in the world of video games at Attack of the Fanboy
March 25th, 2018 by William Schwartz 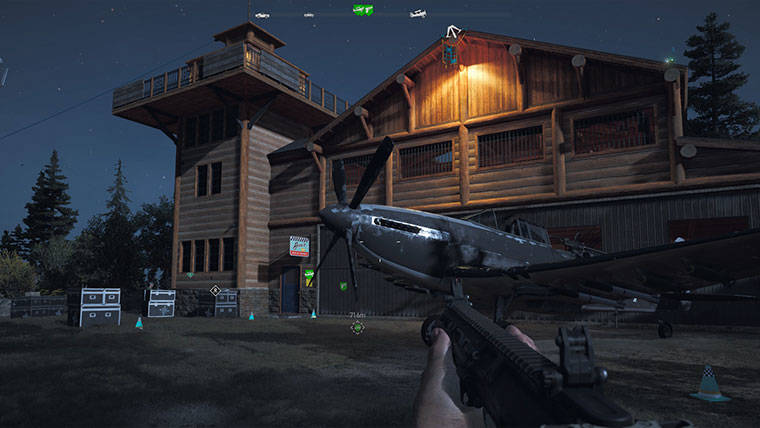 In Far Cry 5 players completing various missions in the game will unlock powerful vehicles that players can use by calling them in from different locations on the map.  Depending on which route you take in eradicating the cult from Hope, you’ll unlock things at different points in the game.  This guide will explain how you can unlock the Fighter Plane without spending any money to do so.

If you want one of the best planes in the game early, you should start in the Holland Valley.  This is John Seed’s Region and it is the direction that the game points you in to start.  Focus on building your Resistance Meter to trigger the Boss Fight with John Seed.  The boss fight with John Seed takes place in the air, and once you’ve beaten him you’ll unlock the “Affirmation” fighter plane.  If you’re having trouble triggering the boss fight for any of the Cult leaders, check out this guide for killing John, Jacob, and Faith.

Once you’ve unlocked the plane you can then go to any Hangar in the game and spawn a plane at that location.  There are numerous Hangars across the map, simply zoom in and you’ll find green icons with a plane symbol on them.  These are the locations that have a runway that will allow you the ability to call in a plane.  These plane hangars will allow you to spawn the planes that you own, but they will also allow you to purchase planes that you don’t.

The Affirmation plane is a powerful plane with the ability to use machine guns and bombs, but there are others which can be just as deadly for purchase.

Home / Games / Far Cry 5 How to Get a Fighter Plane