MultiVersus Might Be Teasing a New Steven Universe Map 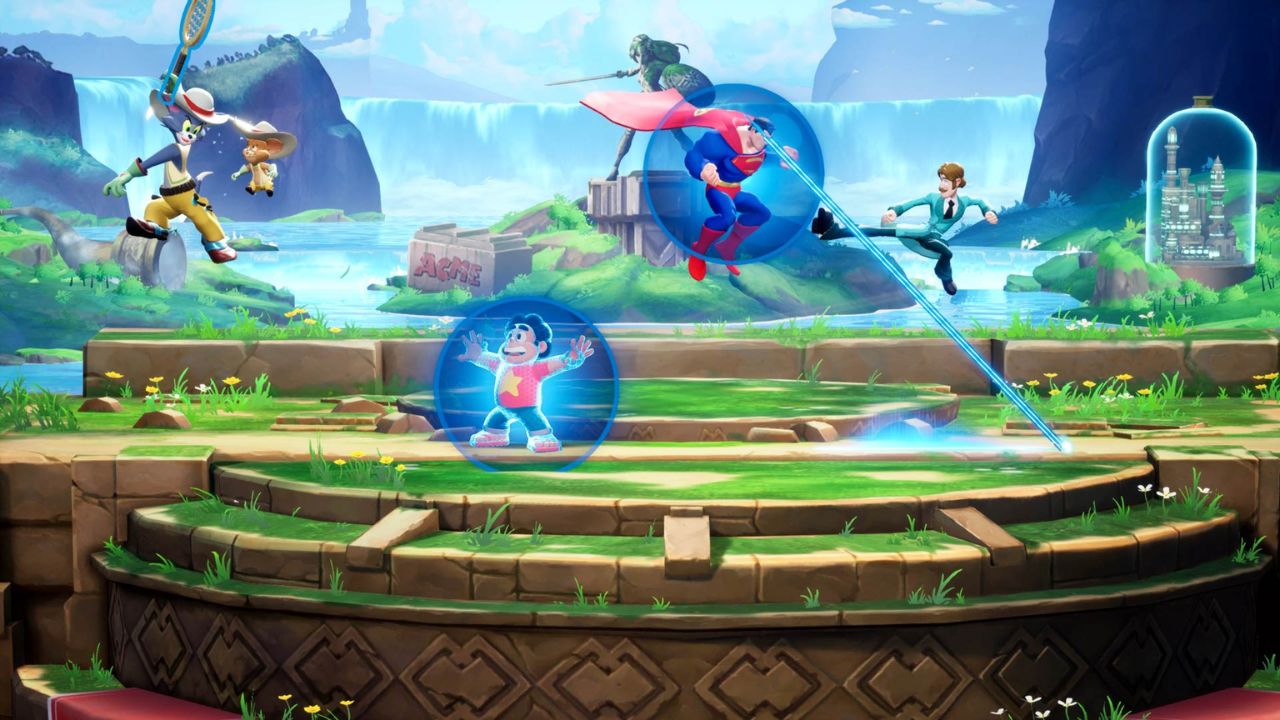 Following a Tweet from the official MultiVersus account, fans of the fast-paced fighting game have been speculating an upcoming Steven Universe-inspired leak. Although the image attached to the Tweet showcases Rick Sanchez and a portal from Rick and Morty, he’s accompanied by an unlikely companion. At first, this image looks like a Rick and Morty update is coming to the game, but eager-eyed fans will notice something about the surrounding location.

Rick's new buddy is a little different than his usual sidekick… #MultiVersus pic.twitter.com/vSp8jUKmzd

Rather than being accompanied by his usual sidekick, Morty, Garnet from Steven Universe is also emerging from the portal and into a familiar location for Steven universe fans. The pink pillars and enchanting greenery look almost identical to Pink Diamond’s Garden, familiarly known in the show as the location where Spinel was abandoned for thousands of years within the Steven Universe franchise. However, since this teaser features a new place, many fans believe it could be a potential map release related to the show rather than a new character.

However, that’s not to say that players aren’t suggesting that a new Steven Universe character could be potentially released into the title in a recent update. Although the idea of a map based in Pink Diamond’s Garden would be a great addition to the five pre-existing maps in the game, it would be appropriate for a character such as Spinel to be released alongside the new map, and a lot of players are hoping that a map and a character come hand in hand.

Spinel’s personality and mannerisms could massively suit the MultiVersus nature. Still, with two Steven Universe characters already on the roster, it’s hard to believe that a third would be introduced before introducing a new franchise. That being said, with Super Smash Bros Ultimate hosting eight Fire Emblem characters, it’s impossible to draw any conclusions. Nevertheless, the addition of Spinel would be highly praised by most players.

MultiVersus is expected to receive Stripe and Black Adam before any new additions to its steadily growing roster. So it’ll be a while before we receive any new characters, once again feeding into the idea that this post was teasing a map rather than a new character. Considering Dragon Ball references were found within the MultiVersus files and rumored to hint toward character releases reasonably recently, this isn’t the first instance where fans have jumped to new character conclusions.