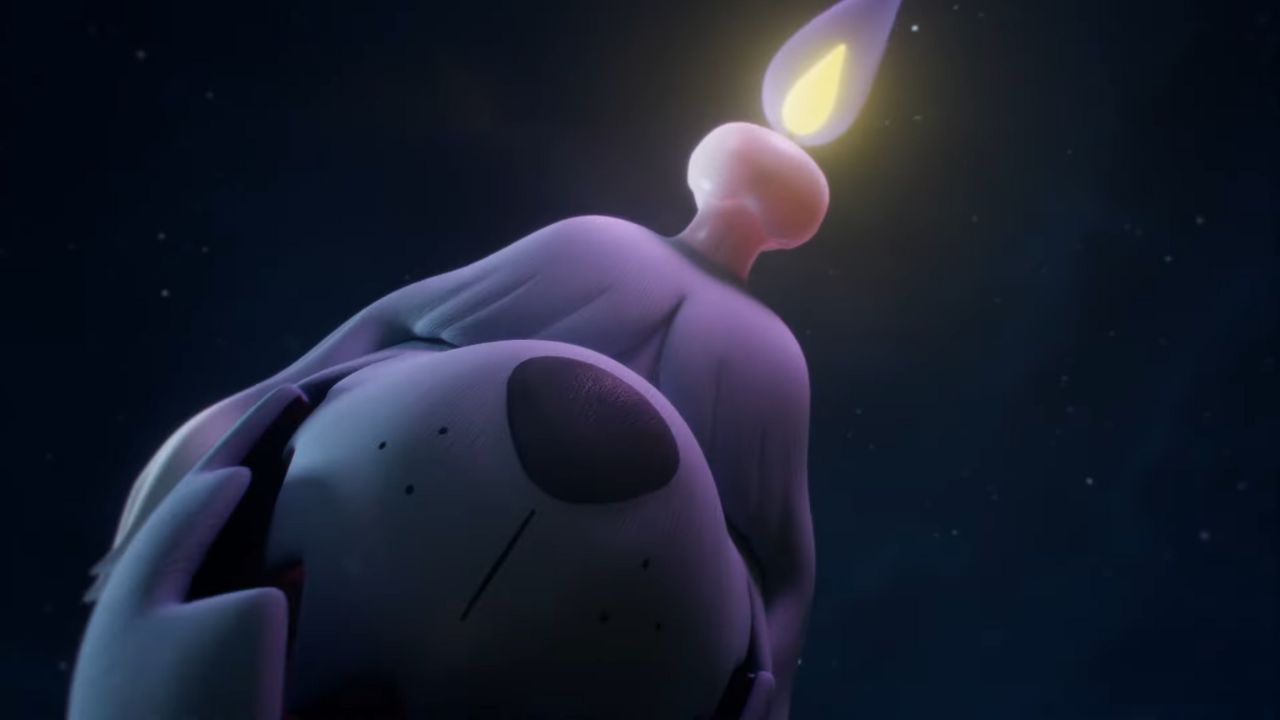 Following The Pokemon Company’s rather vague set-up yesterday, trainers no longer have to patiently wait to see what’s in store for ghost-type fanatics. In today’s short broadcast, a new ghost-type Pokemon has been announced for Pokemon Scarlet and Violet, and it is undoubtedly just as adorable as it is haunting. Although very few details have been shared on the Pokemon yet, players are already starting to fawn over how precious this new PokePup is, and we aren’t the only trainers keen to learn more about this new species and add one to our team.

Greavard, a ghost-type dog Pokemon is the newest addition to the Paldean Pokedex, and he’s certainly made a great first impression. We are yet to learn about the abilities and skills of this Pokemon or whether it will be a gym leader’s partner Pokemon, but there are a few things we can take from its brief appearance in the live broadcast and the closely followed introductory video. According to The Pokemon Company, Greavard has a habit of jumping out of the ground and scaring trainers, yet all it craves is friendship.

Upon its first appearance, this new Pokemon seems to reside underground, leaving only the candle visible to players. Because of this, it appears incredibly similar to Litwick. The candle has a white wax and purple flame, which certainly looks like a Pokemon we have seen before, yet it lacks facial features and the same Litwick charm. As the narrator in the video approaches the candle, the new ghost dog springs from the ground. However, while this would usually cause players to turn and run since most PokePoltergiests intend to cause some chaos, Greavard is quick to invite the trainer to play. Of course, who could say no to that wagging tail?

But similar to most ghost-type Pokemon, Greavard has a dark secret too. While it seems obsessed with friendship and interaction with the trainer, it also absorbs the life force of those around it. So even though this little guy will require a lot of fuss and attention to keep it happy, there are a few precautions to take for your own sanity. First, it’s currently unclear where and when this Pokemon will spawn in the wild. Still, the candlelit appearance it adopted within the Livestream has led many players to believe it will be easily spotted at night, similar to when Ghost-types would spawn in Pokemon Sword and Shield, either at night or during bad weather.

The majority of our experience with Greavard will have to wait until Pokemon Scarlet and Violet are released, and we can finally get our hands on the entire Pokedex and its new offerings. This Pokemon is one of many to be introduced into the new generation. Luckily, trainers only have to wait a bit longer until they can fully experience it.

Pokemon Scarlet and Violet will be released on Nintendo Switch on November 18.