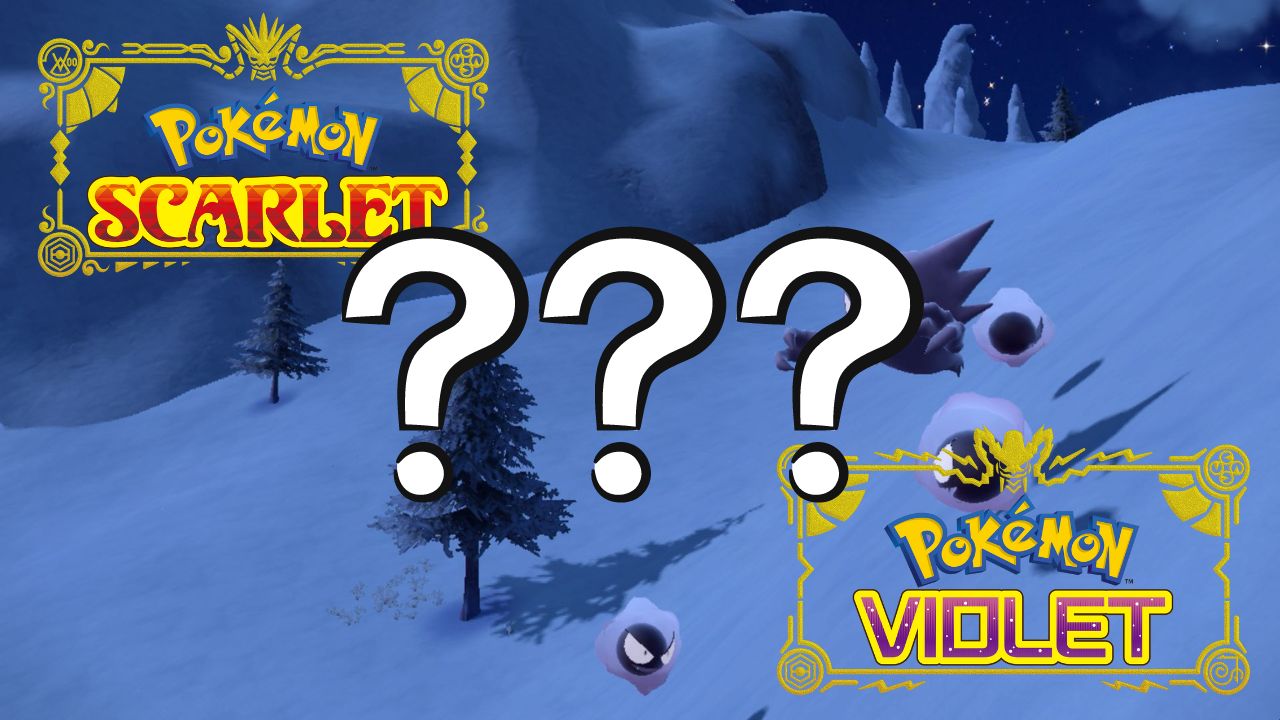 With the release of Pokemon Scarlet and Pokemon Violet only a few weeks away, trainers are beginning to get themselves and their partner Pokemon ready to face an all-new adventure in Paldea. But even this close to launch, The Pokemon Company is making sure to create as much excitement as possible with new content and teasers being released weekly. However, while players usually gain a small insight into the content of each broadcast, tomorrow appears to be the vaguest yet. The stream has been titled with only a few question marks, letting the imagination of players run wild with what is to come and what we can expect.

There are a few assumptions about what to expect from the broadcast, as one recognizable menace from the franchise has made two appearances across Pokemon social media this week. In a Tweet from Pokemon today, the reporter or trainer filming around Paldea appears to be fleeing from a Gengar yet seems confused by ghost-type Pokemon located within the Paldean region. Subsequently, the thumbnail of the YouTube Broadcast showcases Gengar hiding behind a similar bush to his first spotlight in the Twitter video. Although a vast number of players are slightly unsatisfied with the appearance of a recognizable Pokemon rather than a regional form, this Twitter post, and broadcast thumbnail has confirmed one thing — Gengar is guaranteed to be in the Paldean PokeDex.

Given Gengar is one of the most popular ghost-type Pokemon within the entire franchise, and with it being the leadup to Halloween, there is massive speculation that a new ghost will be announced tomorrow rather than just a regional form. In addition, several trainers are hoping to see a ghost-dominated area of the map or, following the introduction of Iono last week, potentially a first glimpse at the ghost-type gym leader. Given how highly praised Alistair was for character design within Pokemon Sword and Shield, any poltergeist partner will have some pretty big boots to fill.

However, it is impossible to say for sure what The Pokemon Company is gearing up to showcase, and the best bet for every trainer is to tune in and see what will be revealed. The broadcast will take place on The Official Pokemon Company YouTube Channel on October 25, at 9 am ET, so get your PokePals together to see what to expect when we finally get to dive into the world of Pokemon Scarlet and Violet.

Pokemon Scarlet and Violet will release on Nintendo Switch on November 18.