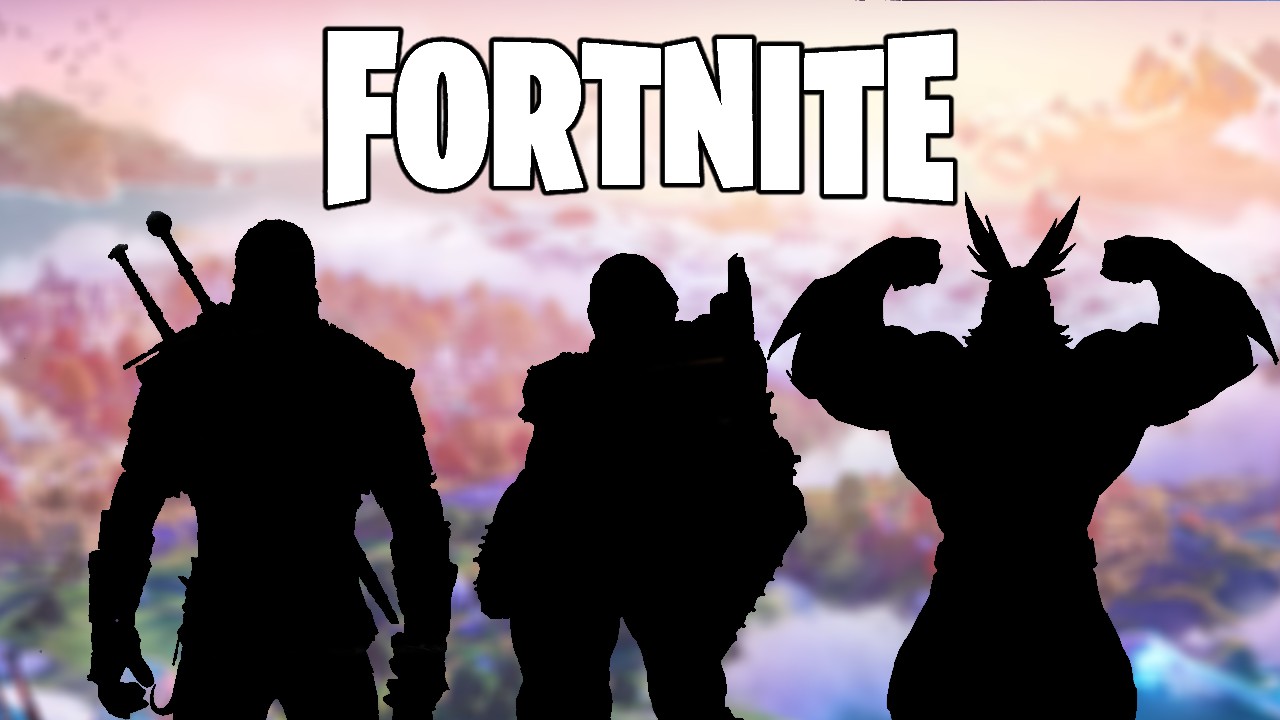 From Doom to The Witcher, an array of upcoming Chapter 4 collaborations were recently teased during Fortnite Chapter 3’s Finale event, Fortnite Fracture. At the climax of the event, The Paradigm was able to construct a new Island by pulling fragments of other Realities together, which included the universes of characters from popular franchises. But who appeared during the event, and what collabs can we expect to see when Fortnite Chapter 4 launches?

Fortnite Fracture teased a total of 5 new collaborations, with two video game characters, a comic book character, an anime character, and even a YouTuber. We can expect all of these to appear as Battle Pass skins for Fortnite Chapter 4 Season 1. The introduction of these characters also opens the door for further skins from their respective franchises to be added to the Shop at a later date

The first Chapter 4 collaboration tease featured in Fortnite Fracture is the iconic Doomslayer from Doom, who we see floating in space beside a Cacodemon. Doomslayer is sporting his design from Doom Eternal and can be seen wielding Crucible, which is likely going to be a Harvesting Tool, while the Cacodemon is potentially going to serve as a Glider.

Shortly after Doomslayer’s appearance, we see Geralt from The Witcher reaching for his beloved horse, Roach. Geralt’s design is based directly on The Witcher 3, which happens to be receiving a Next-Gen Update on December 14. His steel sword can also occasionally be seen in the Chapter 4 Downtime Screen, which will presumably appear in the Battle Pass as a Harvesting Tool.

While All Might from the anime/manga My Hero Academia doesn’t appear in Fortnite Fracture himself, an All Might-themed Harvesting Tool can be seen briefly toward the end of the event. The A New Beginning video posted by Fortnite‘s official YouTube channel also contains the copyright “KH/S MP” (Kōhei Horikoshi), confirming the collaboration.

It’s possible that All Might may be the Secret Skin of Fortnite Chapter 4 Season 1’s Battle Pass; a skin that becomes unlockable via challenges partway through the season.

The Hulk from Marvel Comics can be seen casually riding through space on a motorcycle, which will also debut as a new rideable vehicle in Chapter 4. Hulk’s cousin, She-Hulk, previously appeared in Chapter 2 Season 4’s Battle Pass with a Bonus Style based on Red She-Hulk, which could very well mean that Hulk himself could receive a Red Hulk Style in Chapter 4.

Finally, YouTube sensation MrBeast (Jimmy Donaldson) can be seen being pulled off-screen by one of the Zero Point’s tendrils towards the climax of the event. MrBeast is currently the most-subscribed individual content creator on YouTube and will be joining the Icon Series of skins reserved for influential public figures.

Attack of the Fanboy / GAME GUIDES / All Chapter 4 Collabs Teased in Fortnite Fracture Event: MrBeast, My Hero Academia, and More