Here are all the locations where you can trade Pokemon to NPCs in the Sinnoh remakes.

Everybody loves trading Pokemon to get those who may not appear in their games. Maybe people like the idea of trading Pokemon to show how many trainers they have interacted with. Trading is something you almost exclusively do in the game’s multiplayer. However, you can trade with some NPCs in the Sinnoh remakes. Here are all the in-game trainer trade locations in Pokemon Brilliant Diamond and Shining Pearl.

These are the four locations in which you can find an NPC trainer willing to trade one of their own Pokemon to you. 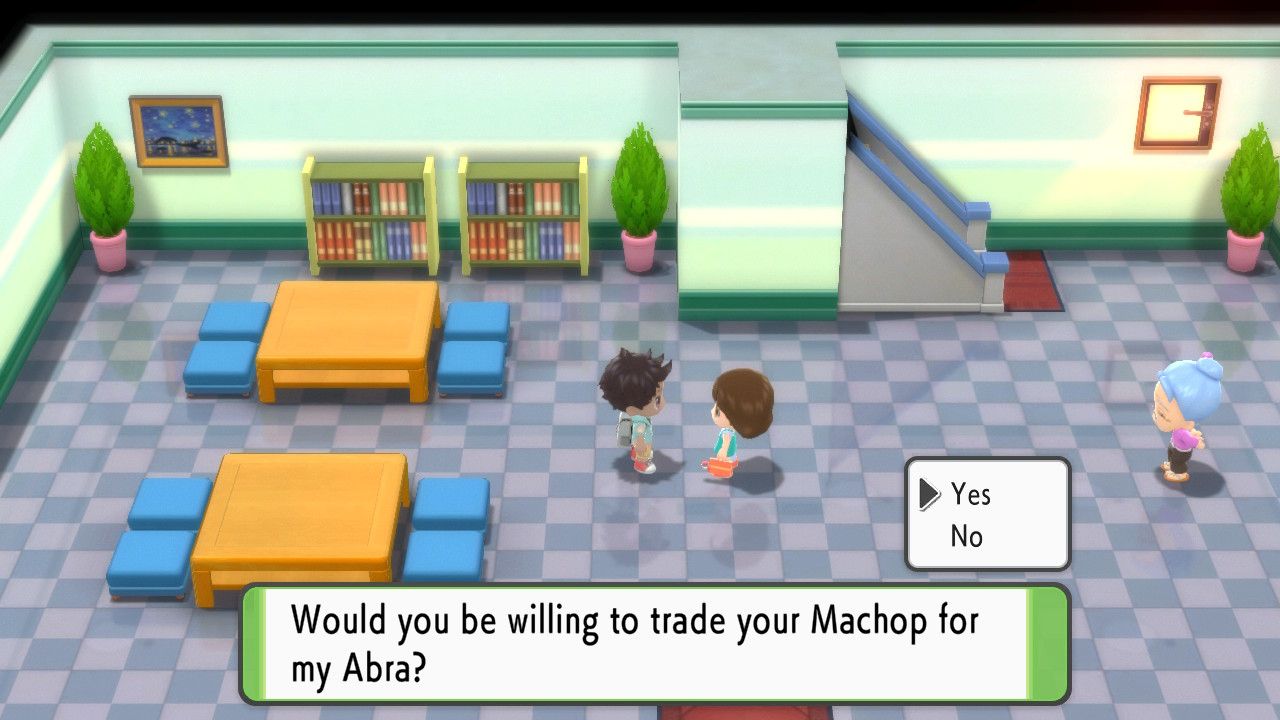 In the house left of the Pokemart, there will be a little girl by the name of Hillary who will ask for a Machop in exchange for her Abra named Kazza. There is nothing too special about this trade. In fact, you can get an Abra in the wild in the routes just before the Oreburgh Gate. Though, this is still nice to get. 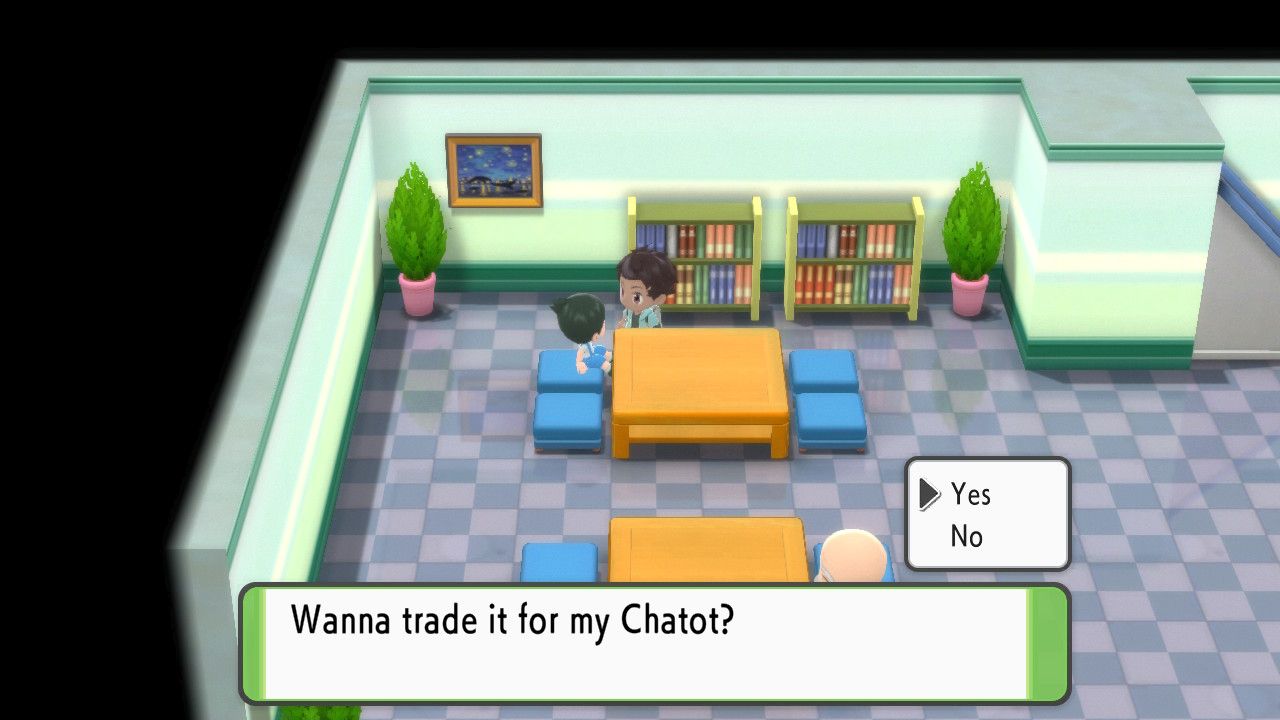 Head over to the Eterna Condominiums where the Name Rater is located at. There is a little kid at the table next to the Rater who will request a Buizel for his Chatot. It’ll be holding a Leppa Berry and will be at level 15. 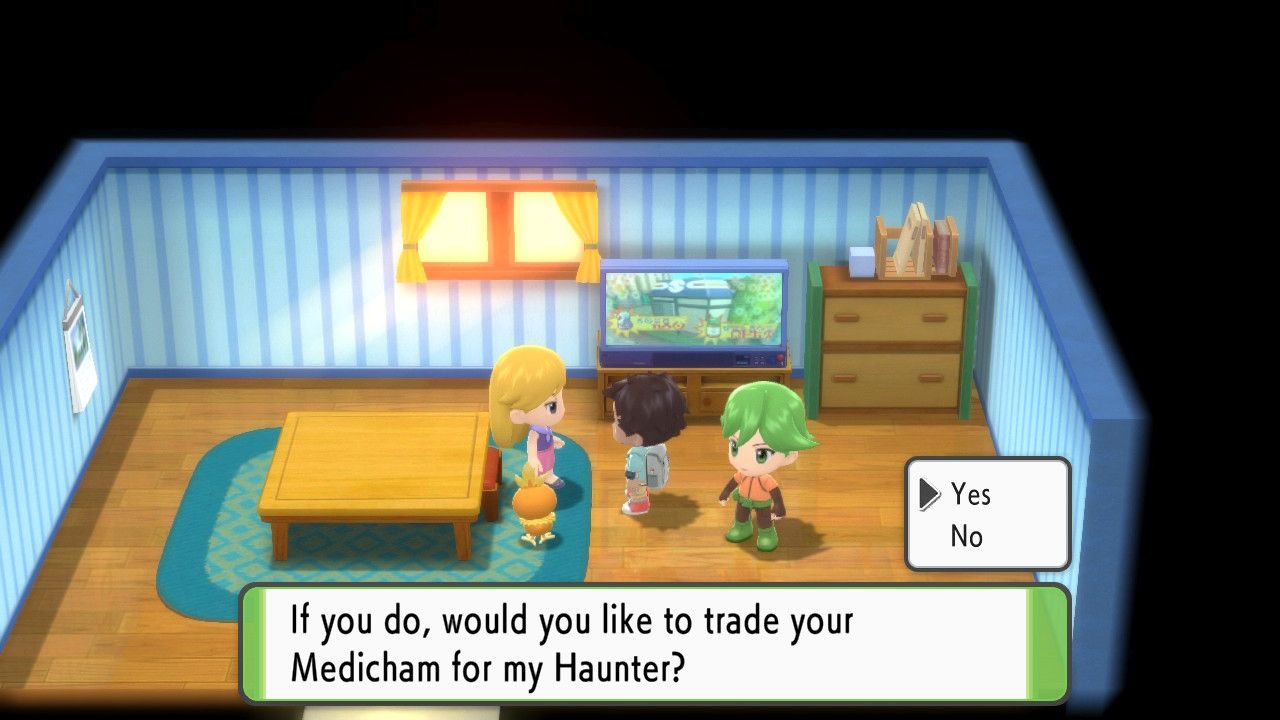 In the house left of the Snowpoint Temple (where you catch Regigigas), there is a lady named Mindy who will be accompanied by her boyfriend and a Torchic. When you talk to her, she will request a Medicham for her Haunter. A very disappointing thing to note is that her Haunter is holding an Everstone, so that means it won’t evolve into a Gengar. 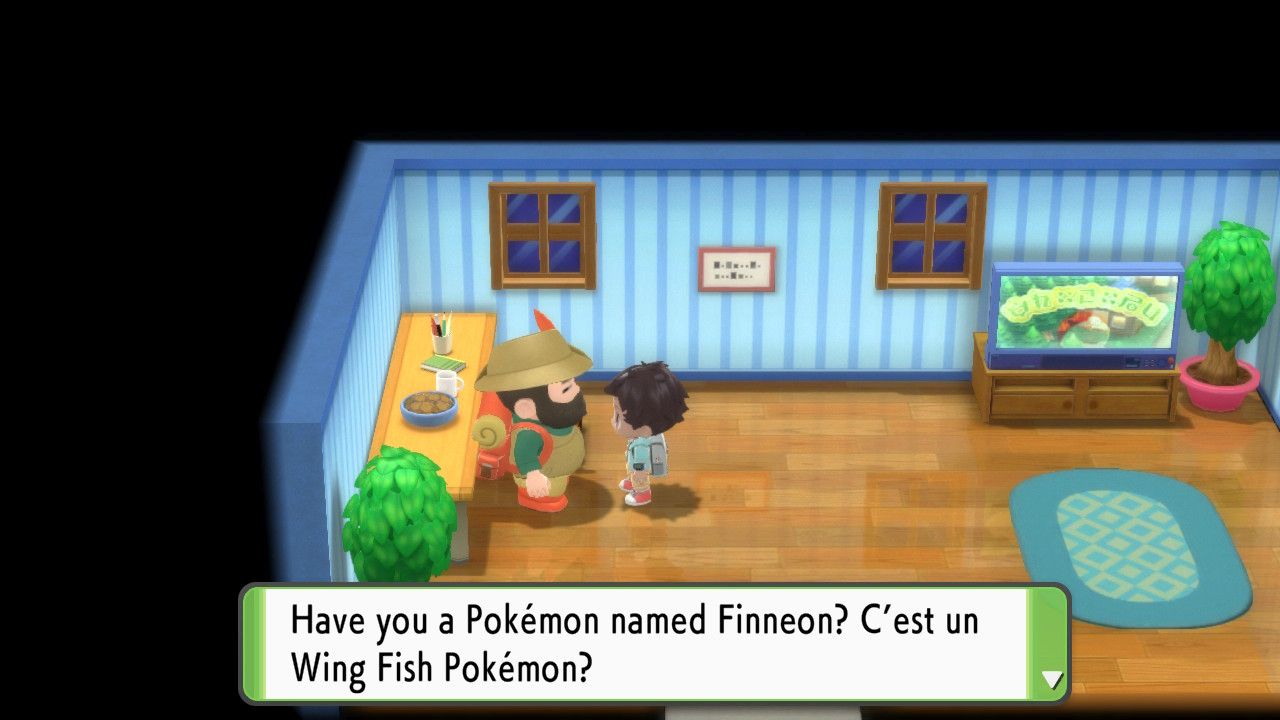 As you make your way to Stark Mountain, there is a hiker in a house surrounded by water. He’ll address you in other languages and talk to you about upgrading your Pokedex to have more language options. After some banter later, he’ll ask you to trade a Finneon for his Magikarp.

These are all the locations in which you can trade your Pokemon with NPCs in Pokemon Brilliant Diamond and Shining Pearl. You do not need any specific thing in your Pokemon as you trade them with the trainers.