Not at the beginning of the game as you'd expect. 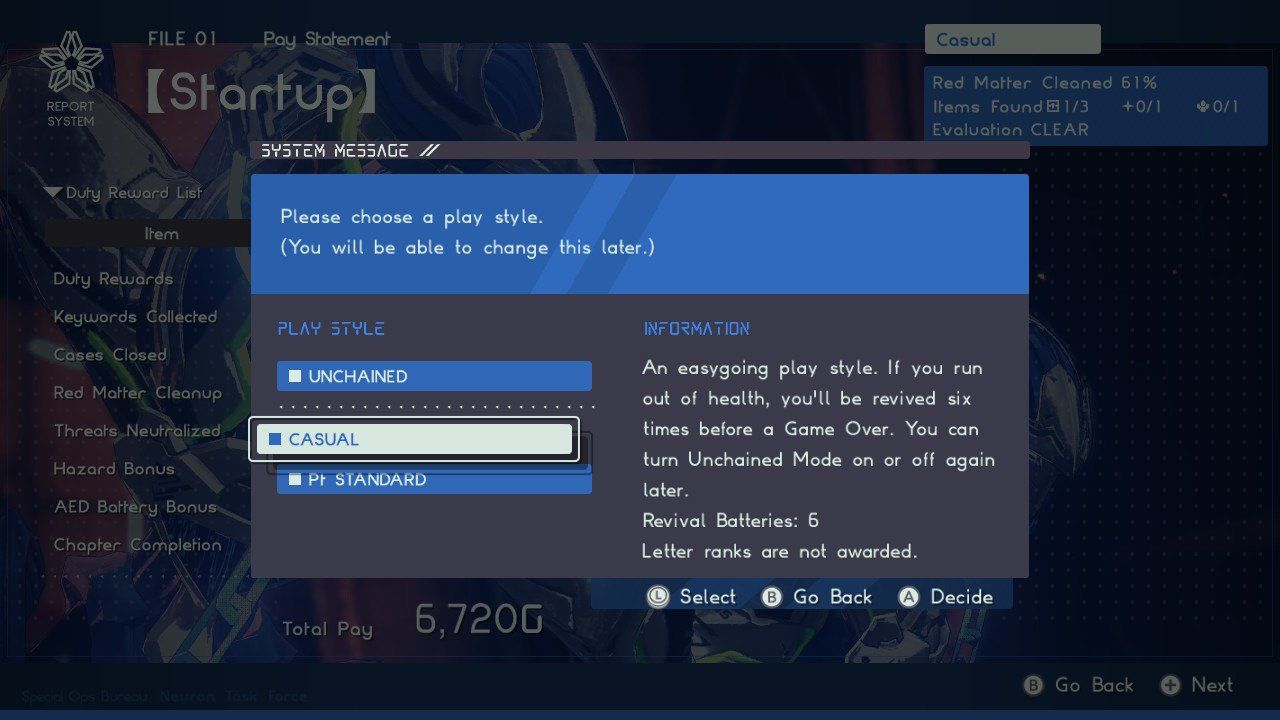 Most games with difficulty options let you select which one you want right from the start, but Astral Chain tries something a little different. Instead of picking at the start, this option is introduced a little bit in the game after the game’s main introduction cutscene after you have played a little while.

Specifically, at the end of File 01, you will be introduced for the first time to the three difficulty options that are found in Astral Chain, which are also known as Play Styles. The default option is Casual, which is described as an “easygoing play style” where you get six revival batteries and letter ranks are not awarded. Those who literally just want to experience the story can play Unchained, which auto-performs the combat in the game so you can solely focus on the game’s story.

For those looking for a more difficulty option right out of the gate, there is the Pt Standard option, which is likely the option Platinum veterans will want to select here. This offers a “considerable challenge” and provides you with only two revival batteries while your performance will be ranked with letters.

Lastly, there is a special unlockable difficulty that will only be available for subsequent playthroughs of each File known as Ultimate Pt, with it unlocking for each individual File after completing it instead of for all of them at the end of the game. This one is even harder than Pt Standard and comes with zero revival batteries and the removal of guard mode. This is definitely only for the biggest of PlatinumGames fans, as it is very difficult.

Astral Chain is split up into multiple different Files, with the game prompting you to select your difficulty at the beginning of each one of these. There is an another way to change these besides at the beginning as well, which we will cover in another guide.