How to get past the menus and get to the real gameplay. 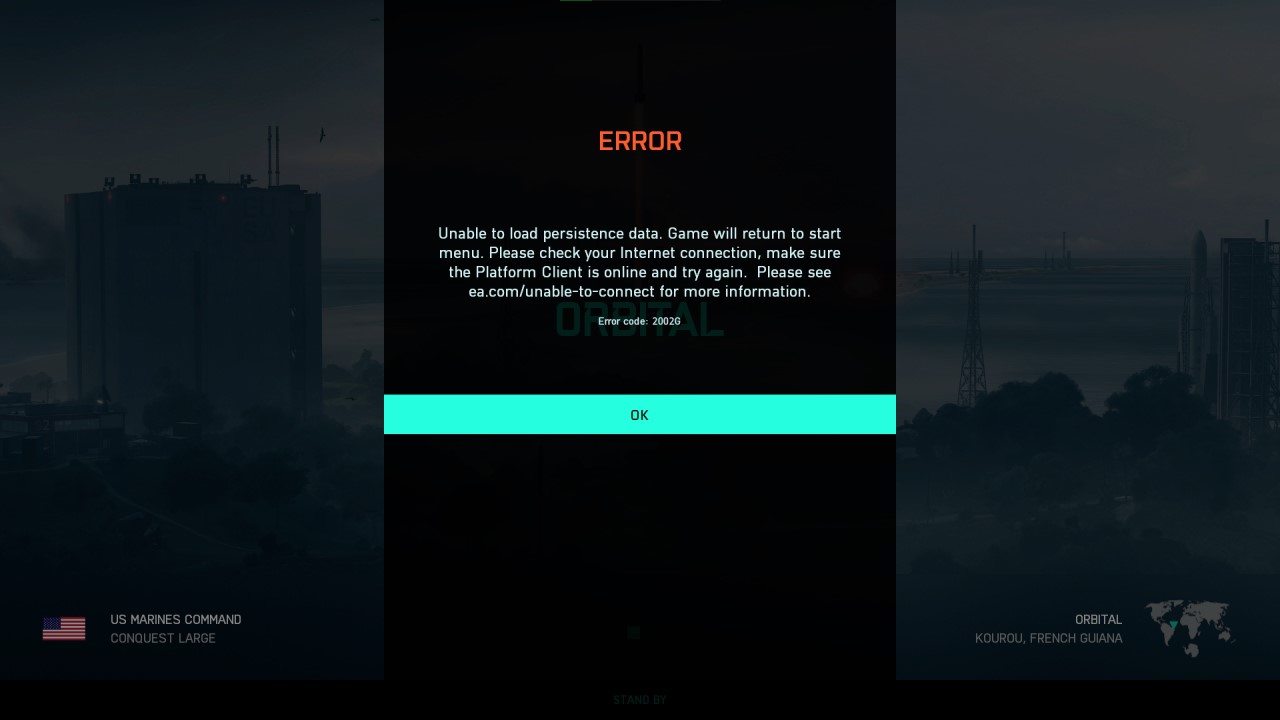 The Battlefield: 2042 launch has been about as smooth as sandpaper. Not being able to connect to the servers, the inability to load into online games, One operator’s main ability being disabled and many more issues have the community up in arms about the game. While Battlefield: 2042 doesn’t officially launch until the 19th, not much can be changed about the game at this point. The connection issues should be fixed by launch as well as the ballistic shield being enabled. However, no comment has been made on if the lack of scoreboard will be changed. One issue many players are facing at the moment is Error Code: 2002g. Let’s go over how you can attempt to fix this error.

The important note about this error code is what it signifies. The normal accompanying message with the code is “Unable to load Persistence Data”. This message, along with the code, shows that the error seems to be an issue with EA’s servers. While the error may be with Ea’s servers that does not entirely mean that the issues can’t be helped on your end.

Check the Battlefield Twitter to see if the issue is reported

The official Battlefield Communication Twitter has said they are aware of the issue and that it is a problem on their end. They have also stated that they are working on a fix and will update this Tweet when a fix has been put out. So make sure to keep an eye on their Twitter to see when the issue is resolved.

We're aware that many of you are receiving an error message while attempting to load into a Server, and then being returned to the Main Menu

We're on it, for now you can hit Retry and attempt to join a server pic.twitter.com/bDDN3DaIME

Launch the game through Origin

Other community members have mentioned disabling crossplay may fix the issue. This could work as maybe the server error is caused by some multiplayer issues. Since crossplay can easily be disabled, it is worth checking out to see if this fixes Error 2002g.

A good old restart has always managed to fix issues and may assist this time as well. It’s quick, simple and you have nothing to lose by trying it. Restarting your PC or console along with your router may also help with the connectivity issues.

If the issue still persists after following these steps, you will need to wait for the devs to roll out a fix for Error 2002g. In the meantime, you can play solo with bots. You will still gain XP and rank up weapons like normal. Error 2002g should not impede you from playing a bot match as it is an offline affair. If you run into a different error code for “Unable to load Persistence Data” make sure to check out our other guide on how to fix this issue.