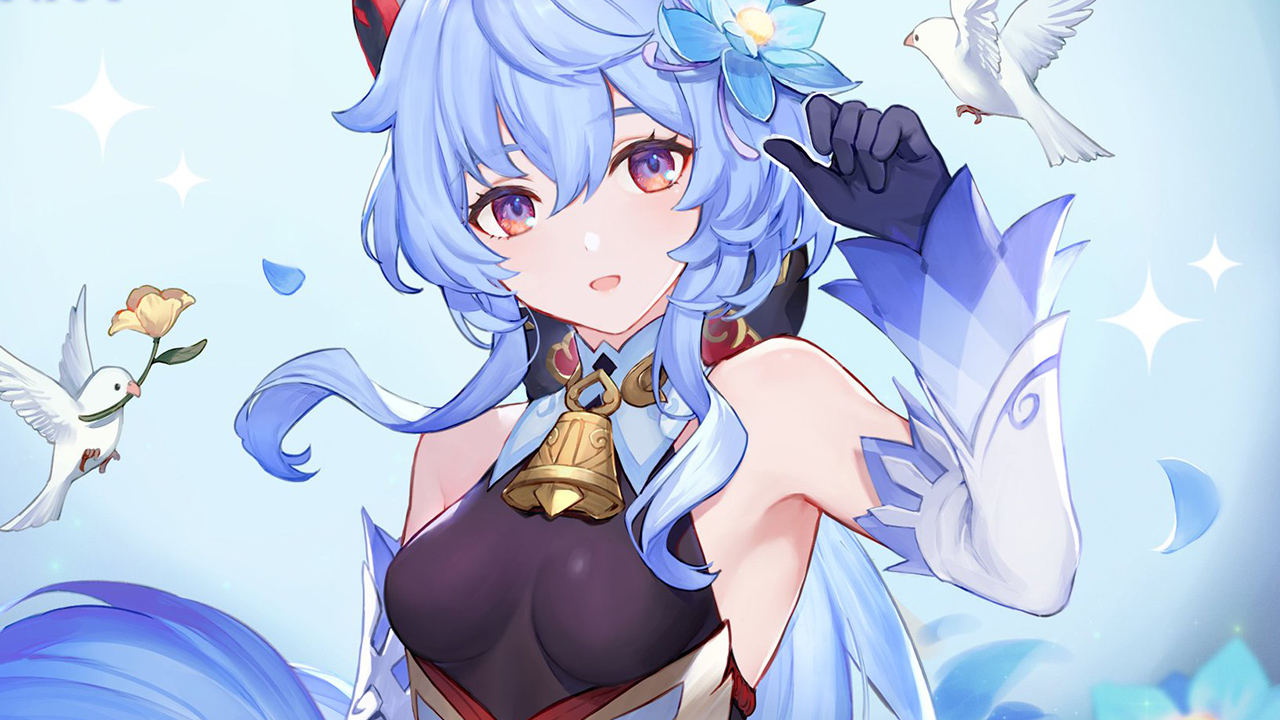 Ganyu is without a doubt one of Genshin Impact‘s top DPS’, thanks to both her adaptability and ability to deal massive elemental damage at short intervals, while also enabling and generating elemental reactions such as Melt and Freeze. With that said, we will now show you a Ganyu build sure to freeze all of your enemies on the spot and show to them the true power of the general secretary of the Liyue Qixing.

Taking into account what we said above, to build Ganyu as a DPS, you should focus on strengthening her biggest source of damage, which is her Aimed Shot, capable of dealing an average of 25 to 40K total Cryo damage per shot with a level 90 4-star weapon, in this case, the 4-star bow Hamayumi, while backed up by the right artifacts. With that said, we recommend that you use a four-piece Wanderer’s Troupe artifact set, mainly because of its 35% increase in charged attack damage. The increase in Elemental Mastery can also work wonders if you plan on using Ganyu to trigger the Melt reaction. Now, taking into account her innate stat, here are our recommended main stats for each artifact piece.

Substat-wise, we recommend that you focus on CRIT Rate/DMG, ATK%, and then on either Elemental Mastery or Energy Recharge, depending on your playstyle, as Ganyu playstyles can vary taking into account whether you want to use her to deal solo damage, trigger reactions, or enable them, which can be done by using her Elemental Skill, Trial of The Qilin.

Weapon-wise, our main pick would be the 5-star bow Amos’ Bow, thanks to its extremely high ATK and ability to increase her Charged Shot damage by at least 12%. Among the 4-star weapons, our main choice will be the already mentioned 4-star bow Hamayumi, at its highest refinement level (R5), thanks to its ability to increase her charged attack damage by at least 24%. If an R5 Hamayumi is not an option, the Blackcliff Warbow (R1) would be our second choice.

As Ganyu’s biggest source of damage lies in her Aimed (Charged) Shot, we recommend that you focus on increasing it first, and only after reaching its apex decide to go for her elemental Skill and Burst, depending on your build of choice.

First of all, since Ganyu’s DPS playstyle is focused on using mainly her Aimed Short, bringing a shield support is a must, as, unless you are focusing on freezing your enemies in the spot, they will not stay put and wait for you to snipe your way around them, even if Ganyu’s Frostflake Arrow blooms can allow you to keep the enemies contained while dealing AoE damage. With this said, we recommend that you use either Zhongli or Diona, as the former provides the best shield in the game, while the latter can heal, shield Ganyu efficiently, as well as trigger the Shattering Ice resonance, which increases your Crit Rate against Characters affected by Cryo by 15%, all while providing her with healthy amounts of energy. If you plan on focusing on using other characters to trigger reactions, using either Bennet or Xiangling can work really well. On another note, if you plan on focusing on freezing enemies, Mona is a must. Using an Anemo unit capable of either boosting Ganyu (Kazuha) or grouping enemies (Venti/Sucrose) is also highly recommended, just remember to make sure that they are equipped with a Viridescent Venerer set. Last but not least, using a Cryo offensive support such as Rosaria (C6) or Shenhe can also work really well, depending on the team composition, as the former can decrease your enemies resistance and increase Crit Rate, while the latter can boost Cryo DMG, charged ATK DMG, and lower enemies resistances.

With that said, you can check out a few team compositions sure to work well with DPS Ganyu below: