Spice things up with these Minecraft mods.

Minecraft is already an incredibly modular game on its own, but just like most other PC games, mods can enhance and expand the experience in many ways. Minecraft mods have been a thing for a long time, so if you’re new to the game’s modding scene, there are a ton of surprises awaiting you. From performance improvements to new items and ores to all-new mobs, there’s a never-ending supply of new mods you can install for Minecraft that can completely change the way you play the game. If you choose to install any of the mods below, pay attention to the supported versions. Some of them may not have been updated to support the latest version of Minecraft. These are the best Minecraft mods you can get in 2020.

These are the best Minecraft mods in February 2021.

These mods accomplish everything from adding new mobs and items to streamlining some of the vanilla game’s features. Some of these mods might only work on certain versions of the game, so be sure to check before installing any of them. Keep reading below for more information about each mod. One of the most popular mods in the history of Minecraft, Optfine can dramatically improve your game’s performance and allow you to achieve a butter-smooth framerate on low-end hardware. Even if you’re rocking a super-powerful PC, Optifine can still help you out by providing an expanded graphics menu that gives much more control over the game’s finer details. If you’re running Minecraft on weak enough hardware that even Optifine can’t help you, then Fastcraft might come in handy. It primarily aims to eliminate lag spikes and sporadic framerate drops, so it can help a lot if you’re playing Minecraft on a machine that stutters every time you load a new chunk. Are you tired of placing torches down every time you go on a mining excursion? Well, the Miner’s Helmet mod lets you carry your own personal light source with you into the depths of the darkest caves, freeing up inventory slots while still allowing you to navigate complex cave systems. While some people can do some crazy things with Minecraft’s limited selection of blocks, sometimes you just want to be able to build whatever you want without having to use creative workarounds.The Chisel mod adds a huge variety of decorative blocks to the game, granting you greater control over your creations and allowing you to create some pretty unique structures. What’s better than Minecraft? Minecraft with Pokemon, of course! Pixelmon is one of the longest-running Minecraft mods, adding hundreds of Pokemon to the game. The mod is continually updated to this day, including even the newest collectible creatures like Scorbunny, Grookey, Sobble, and other Galar favorites to the blocky world of Minecraft. Each Minecraft block occupies one cubic meter, but sometimes creations call for more precision than that. The Carpenter’s Blocks mod adds several smaller versions of Minecraft’s blocks to the game, letting you break free from the construction grid and freely customize your creations as you choose. The Just Enough Items mod lets you view every item in the game as well as their recipes, which can especially come in handy when you have tons of mods installed that add all sorts of new items to the game. Even if you’re familiar with every crafting recipe, nothing can beat the convenience of having each item just one click away at all times. Cutting down trees in Minecraft can be a particularly arduous process, especially when you just can’t find that last piece of wood that’s keeping all the leaves afloat. What’s even worse is waiting for the leaves to fall after you’ve completely chopped all the wood, which is where this mods comes into play. The Fast Leaf Decay mod increases the speed at which leaves break after a tree loses all its wood, and this is a mod you won’t be able to play with after getting used to.

Here’s What You’re Looking At (HWYLA) 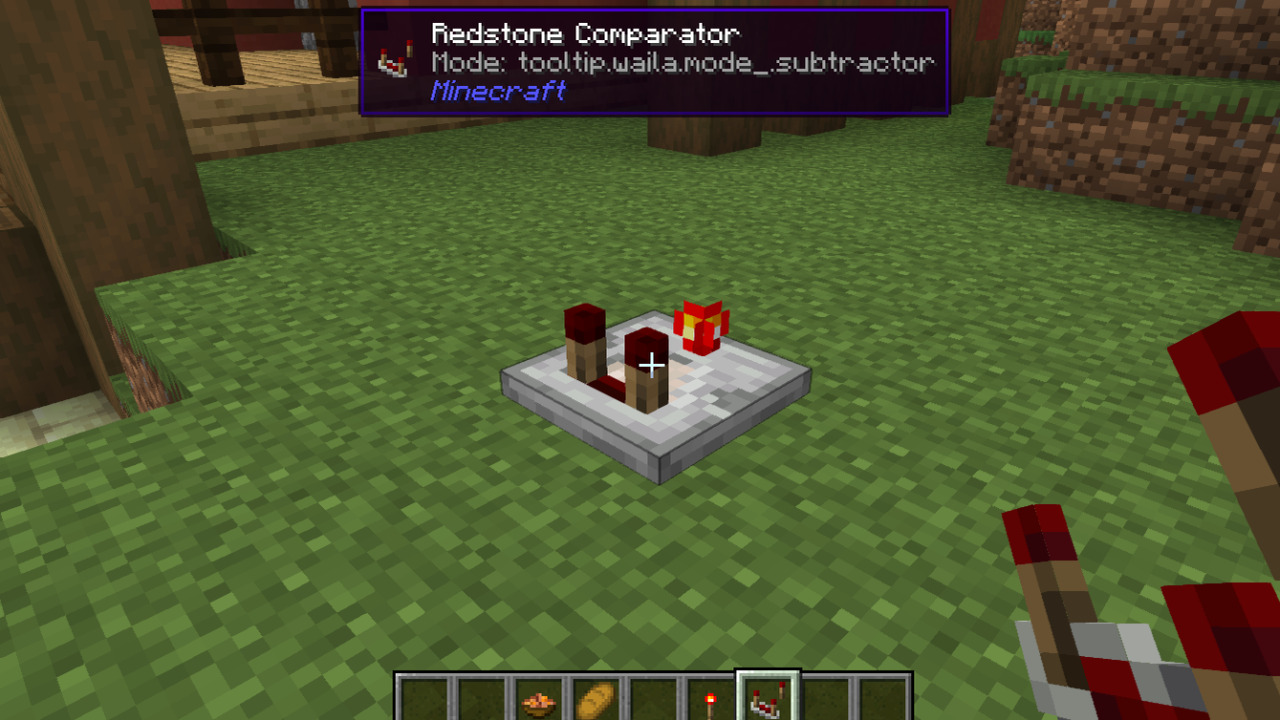 Sometimes, you just don’t know what a block is. If you’re a lapsed Minecraft player, then there are all sorts of new blocks you won’t be able to identify, and if you have dozens of mods installed, it’s nearly impossible to memorize every block added by every mod. The Here’s What You’re Looking At mod tells you exactly what type of block you’re looking at, which is practically required if you’re playing with a large mod pack. 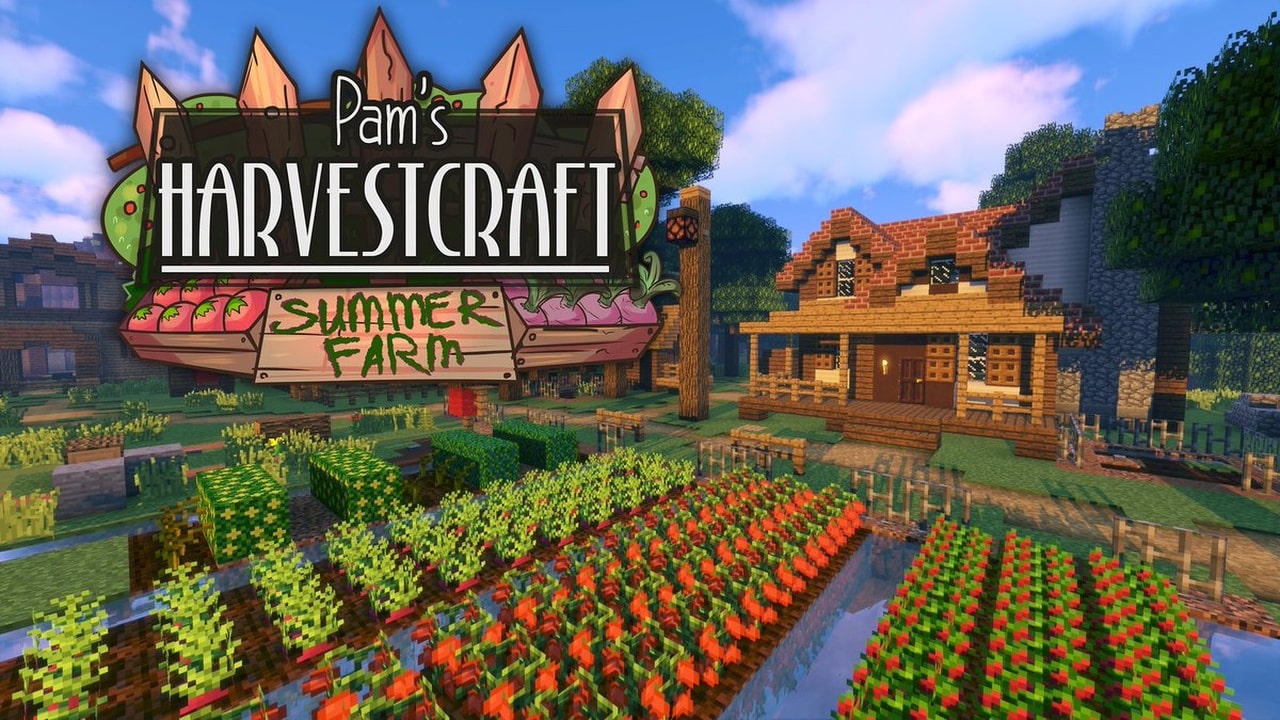 Food is a key aspect of Minecraft, but the game’s farming mechanics have gone years without any sort of substantial update. The Pam’s HarvestCraft mod aims to remedy this fact, adding dozens of new crops to grow, nearly 20 new fish to catch, and over 1000 new items and food to craft. 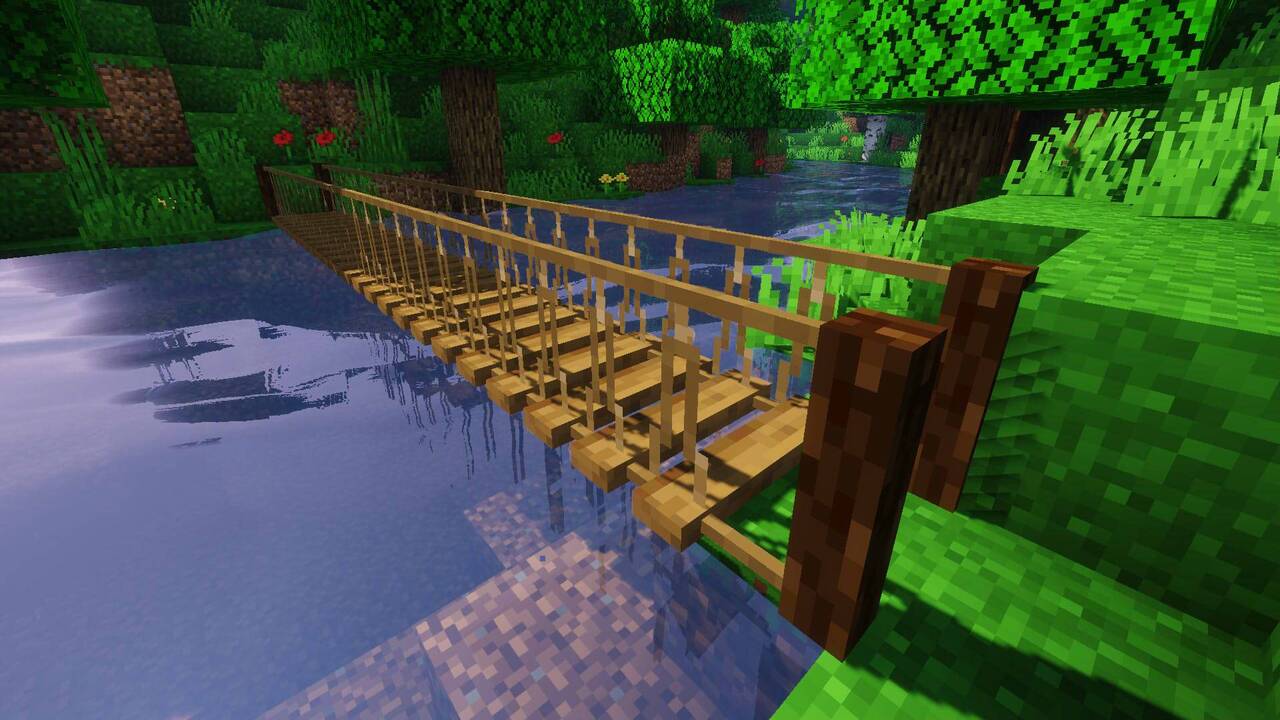 If you love building bases in hill or mountain biomes, then the Macaw’s Bridges mod will grant you much more control over how your base looks. Bridges are nothing new in Minecraft, but this mod allows you to craft actual bridges that look a little bit nicer than generic wooden planks and fences. Wish Minecraft had more biomes? Well, the Biomes O’Plenty mod is for you! This mod introduces 80 new biomes to the game, giving you plenty of new locations to explore. These biomes are also filled with new items, plants, and blocks for you to find. There are even new biomes in the Nether! As important as maps are in Minecraft, they’re a bit basic. The Journeymap mod aims to add a little more complexity to Minecraft’s maps, making them much more useful for navigating and exploring. Journeymap lets you view your world in realtime on the map, and it even gives you a minimap to help you get around. 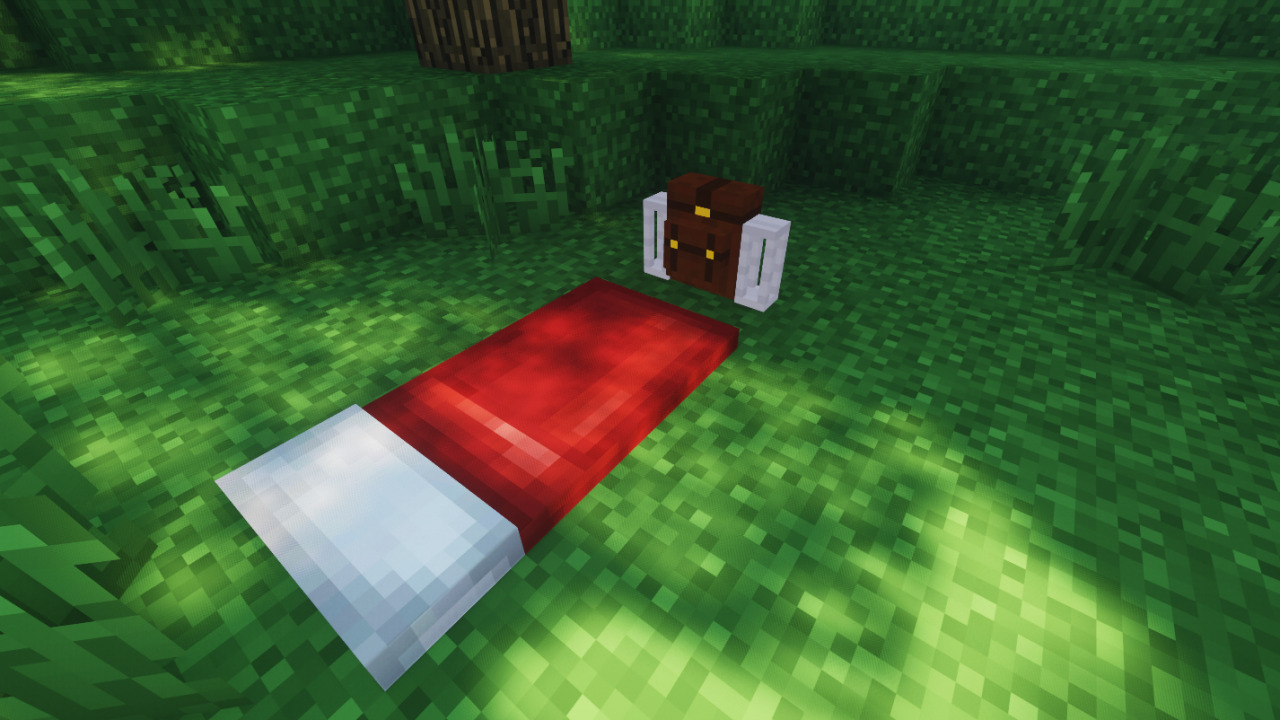 The Traveler’s Backpack mod does exactly what it sounds like – it adds backpacks to Minecraft. While this may seem like a small addition, it actually does a lot to make mining and exploring much less of a headache. The backpacks add several inventory slots and even have separate fluid slots for buckets or potions. Because you spend so much time gathering new blocks, inventory management can become a bit of a pain in Minecraft. Once you install the Inventory Tweaks mod, you won’t ever want to go back to vanilla Minecraft. It automatically replaces your tools as they break, it sorts your chests with the press of a button, and it organizes your inventory with ease. 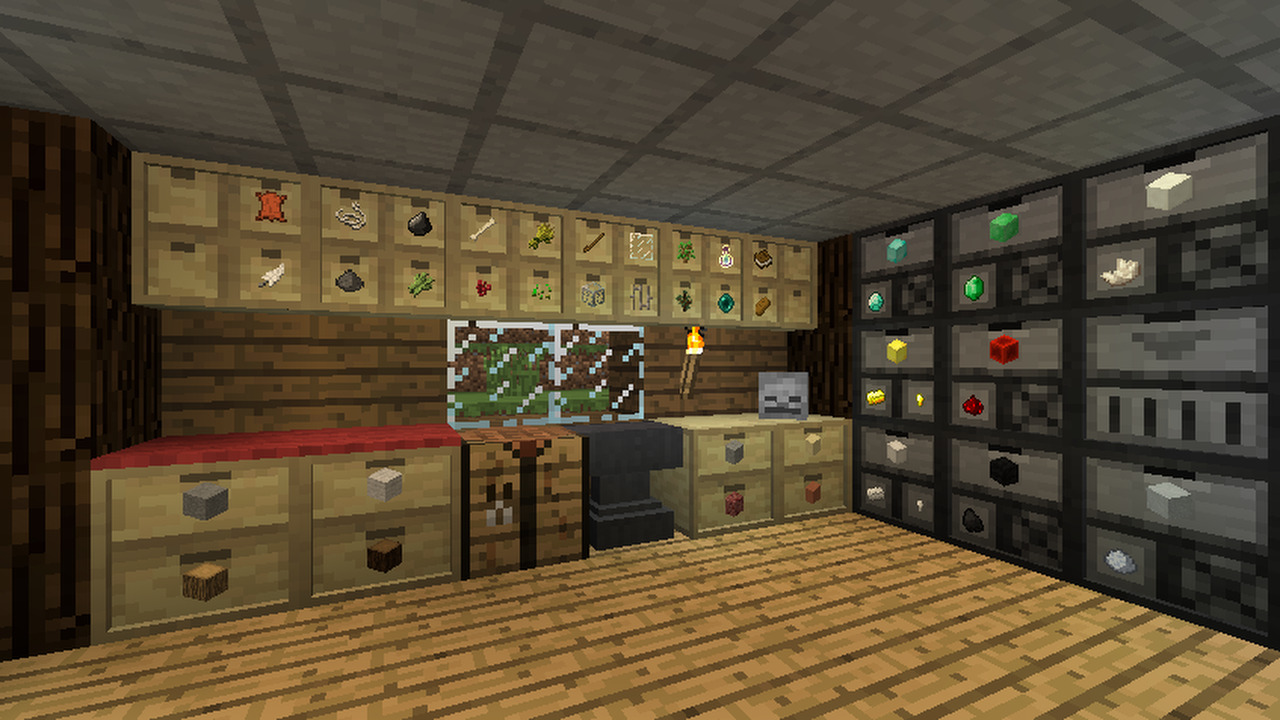 Chests are useful, but sometimes, you just want a storage solution that’s a little more discreet. The Storage Drawers mod adds drawers to Minecraft, allowing you to store smaller amounts of items but in a much more organized manner. The drawers even have icons and indicators to tell you exactly how many blocks are stored inside. 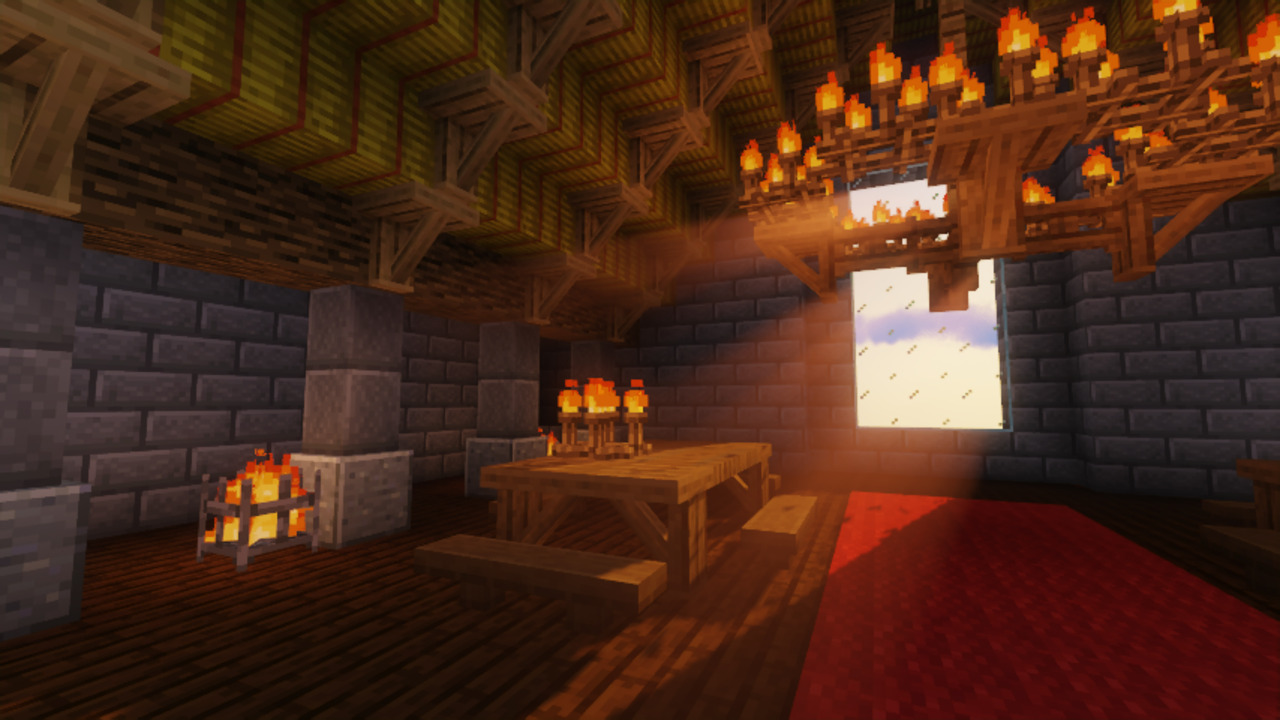 Experienced Minecraft builders know all sorts of tricks to build intricate things using the vanilla set of blocks, but why go through all that trouble when you can install a mod to help? The Decorative Blocks mod adds several new blocks that can breathe new life into your builds, including beams, supports, and bonfires. 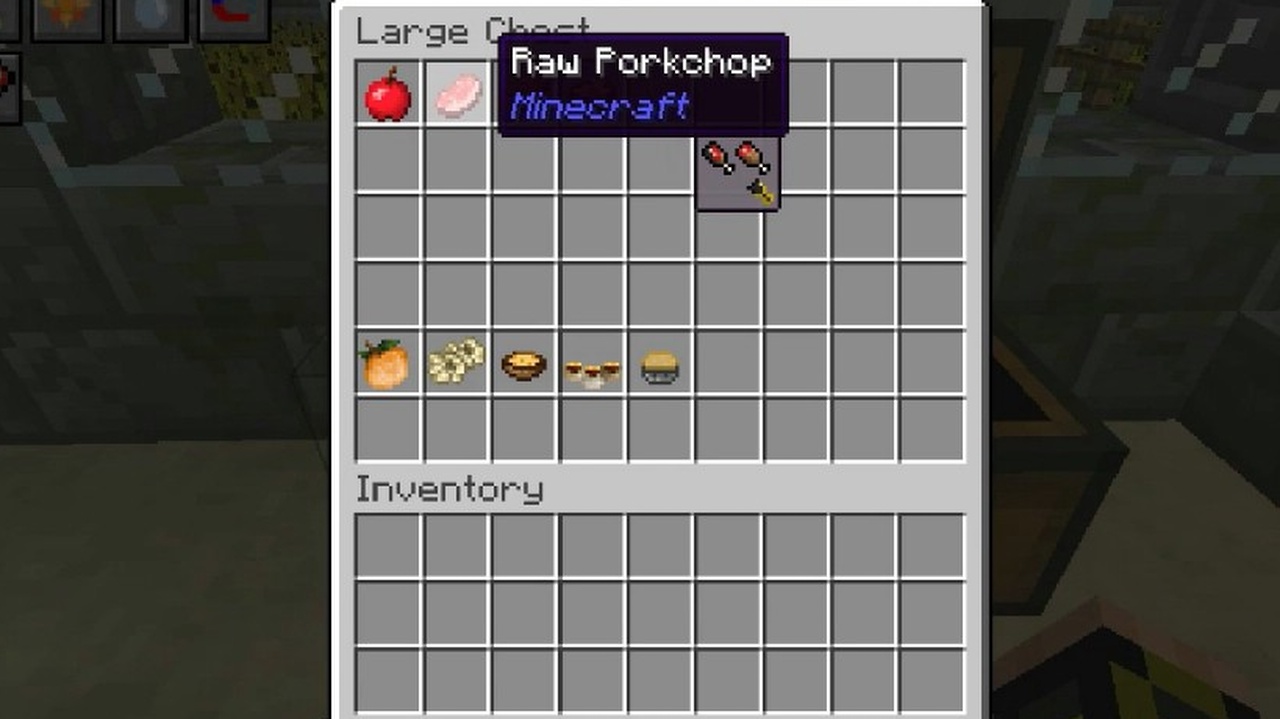 Did you know Minecraft food has a lot more going on under the hood than you’d think? Hunger has all sorts of hidden mechanics like saturation that are impossible to see in vanilla Minecraft. The AppleSkin mod lets you see everything you need to know about your food, including how long it’ll keep you full. 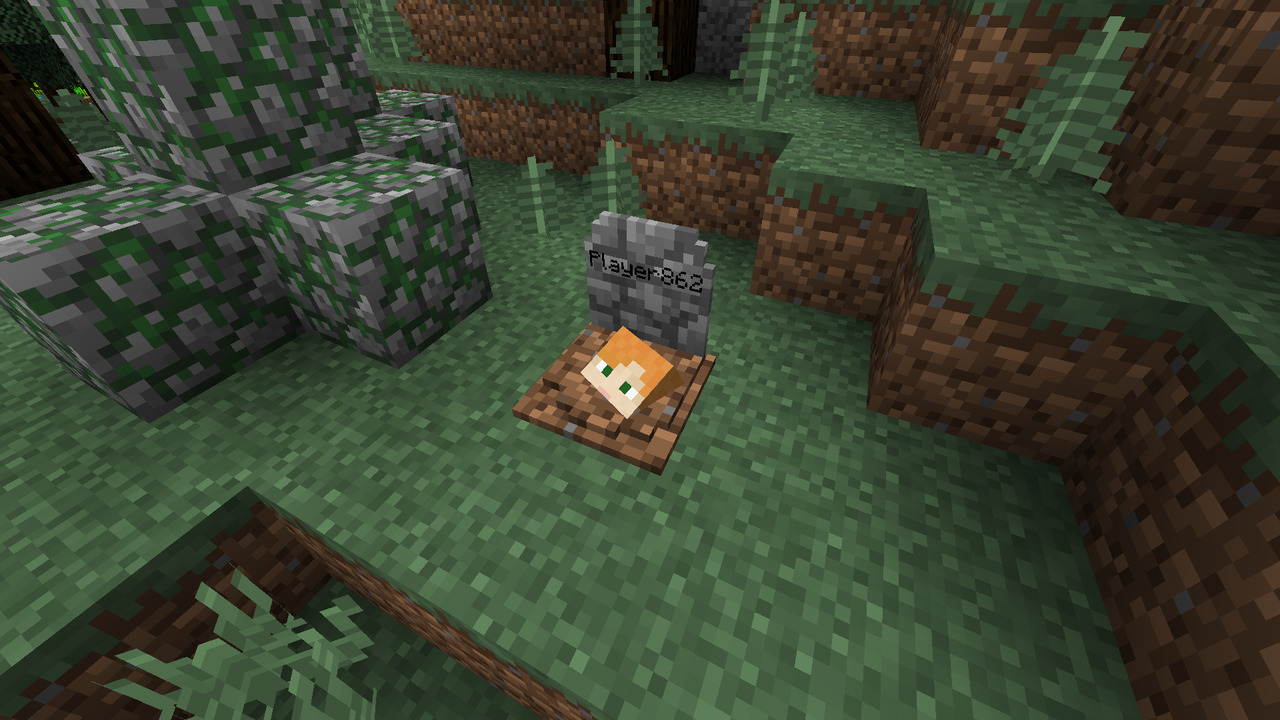 It happens to the best of us. That walk of shame to reclaim your dropped items after death is never fun, but the Gravestone mod makes it a whole lot easier. Rather than having your items explode onto the surrounding environment, potentially landing in lava, this mod creates a gravestone when you die that acts as a chest containing all your items. 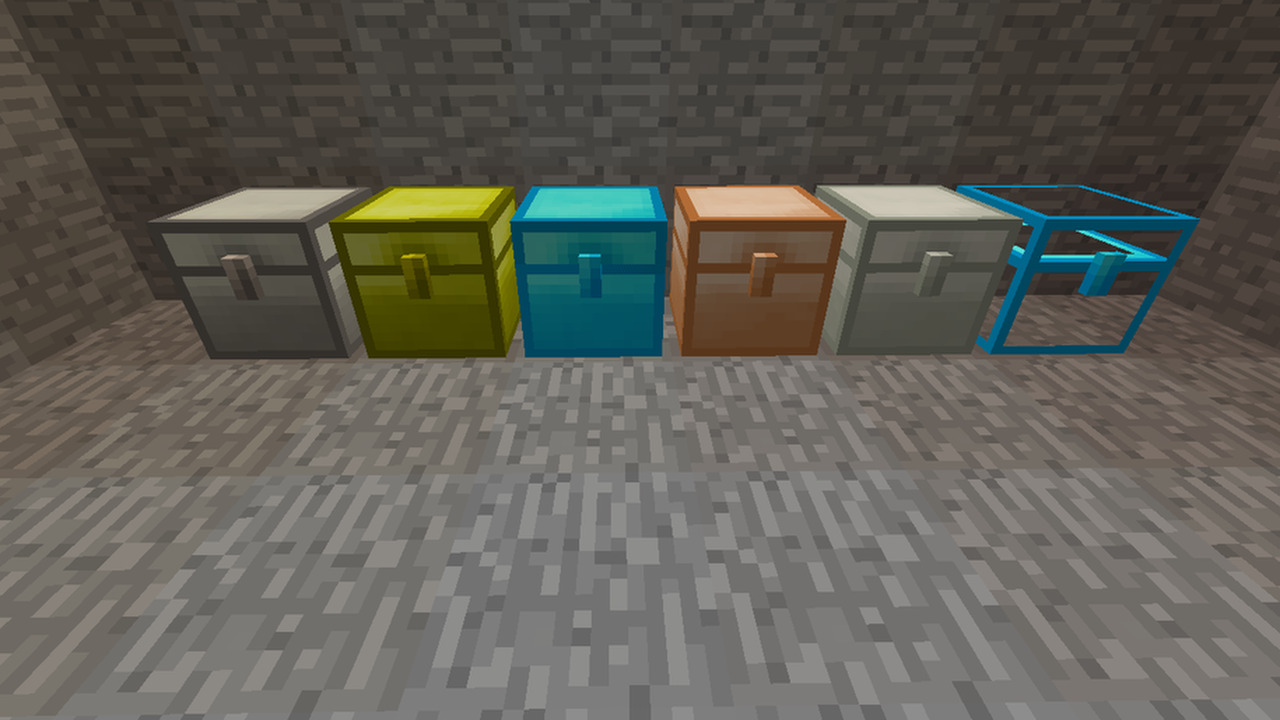 Chests are great and all, but sometimes they just don’t have enough space to store everything you want. The Iron Chests mod attempts to remedy this, adding multiple new types of chests based on the various metals found in vanilla Minecraft. These chests can hold more than standard wooden chests, but the capacity varies based on the material used to create them.