Borderlands 3: How to Unlock and Equip Class Mods

Class mods will start dropping after reaching a certain point in the story. 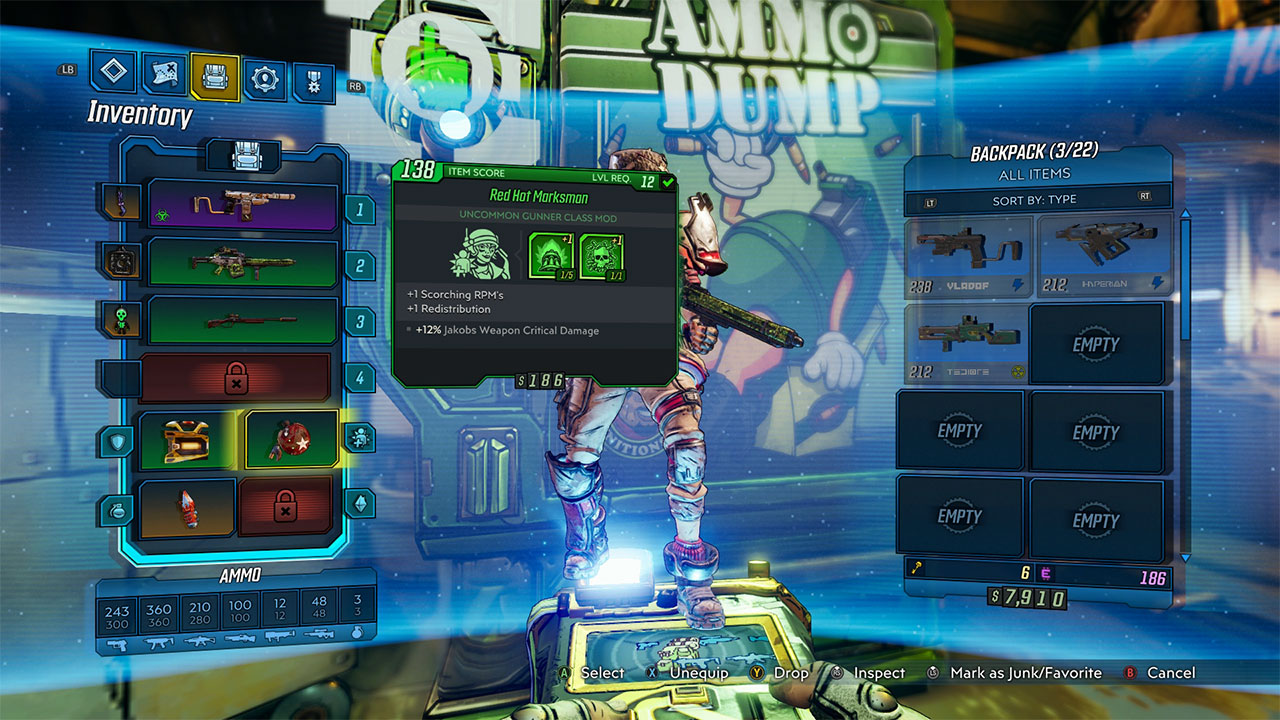 Class Mods are powerful items that give your character’s abilities a boost once equipped.  Borderlands 3 is all about character customization and these class mods will give you bonuses for your passive abilities, boosts to different weapon types, and attribute buffs as well.

Like some of the other character equipment, you’re going to need to progress to a certain point in the game to unlock Class Mods.   The Class Mod inventory slot is located next to the shield location and will be shown locked when you begin the game.

However, once you progress to the Hostile Takeover mission you unlock the ability to equip Class Mods and you’ll start getting them more regularly as random loot drops.  Like guns, grenades, and shields, you’ll find the Class Mods that drop will be similar to your current character level.  Some might have a level requirement higher than what you currently are.  There are multiple rarities for each class mod, just like guns, grenades, and shields.

Sometimes you’ll find Class Mods for different characters in Borderlands 3.  While you won’t be able to use them with your current character, you can bank them, and then access them with the character that can use them.  Class mods can also be sold at vending machines.

You can examine class mods to see which of your passive abilities will be affected by the mod itself, to give yourself an idea of what benefits you will see when equipping it.  There’s penalty to trying new class mods and experimenting.  These powerful ability buffs can change the way that your character plays in some pretty unique ways.