Clad in heavy armor and giants shields, no one can protect their allies better than a Shieldmaster. 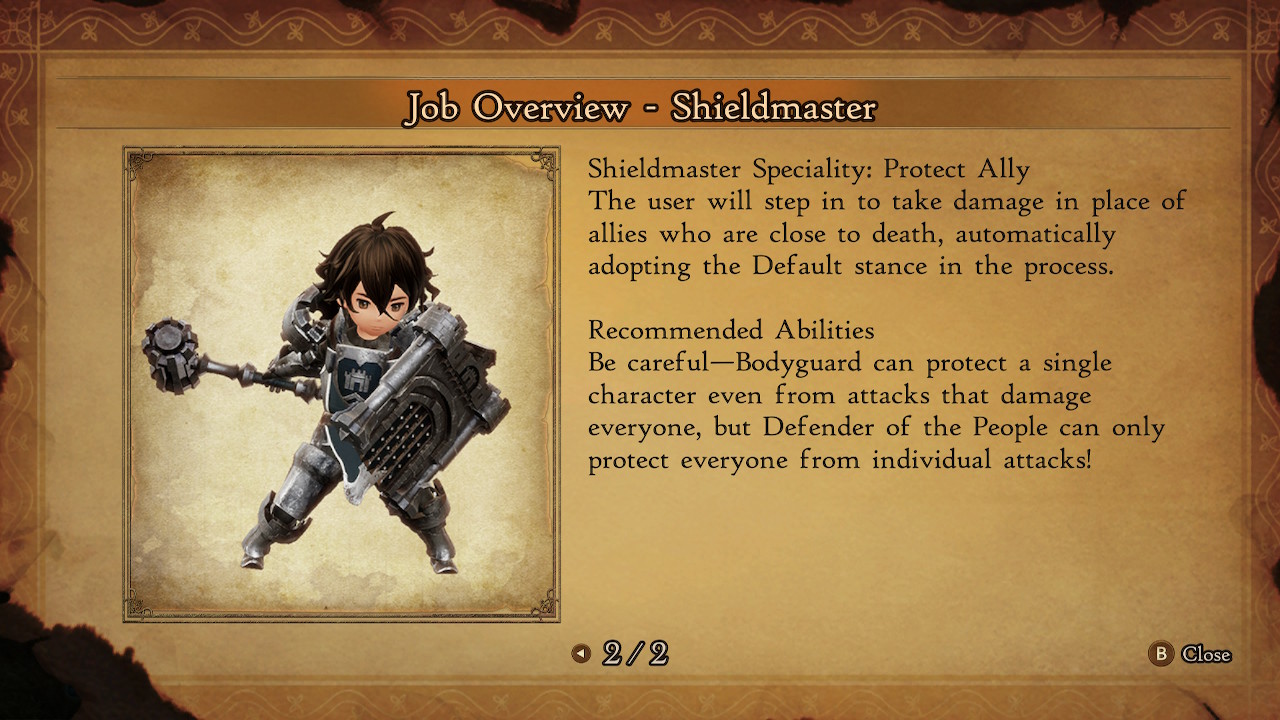 Bravely Default 2 has its fair share of Jobs that focus on defeating an enemy fast and effortlessly, but the ironclad Shieldmaster is not one of them. Aiming at protecting your allies, a Shieldmaster is all about defense, and of course, shields. If you decide bringing this Job along with your party, rest assured the Shieldmaster is going to be the last one going down.

The whole moveset of this tanky Job, focuses on protecting everyone in the party, while also increasing your defensive stats. Which in result means that don’t expect to defeat anyone as a Shieldmaster, except if you have a sub-job equipped filling those gaps. 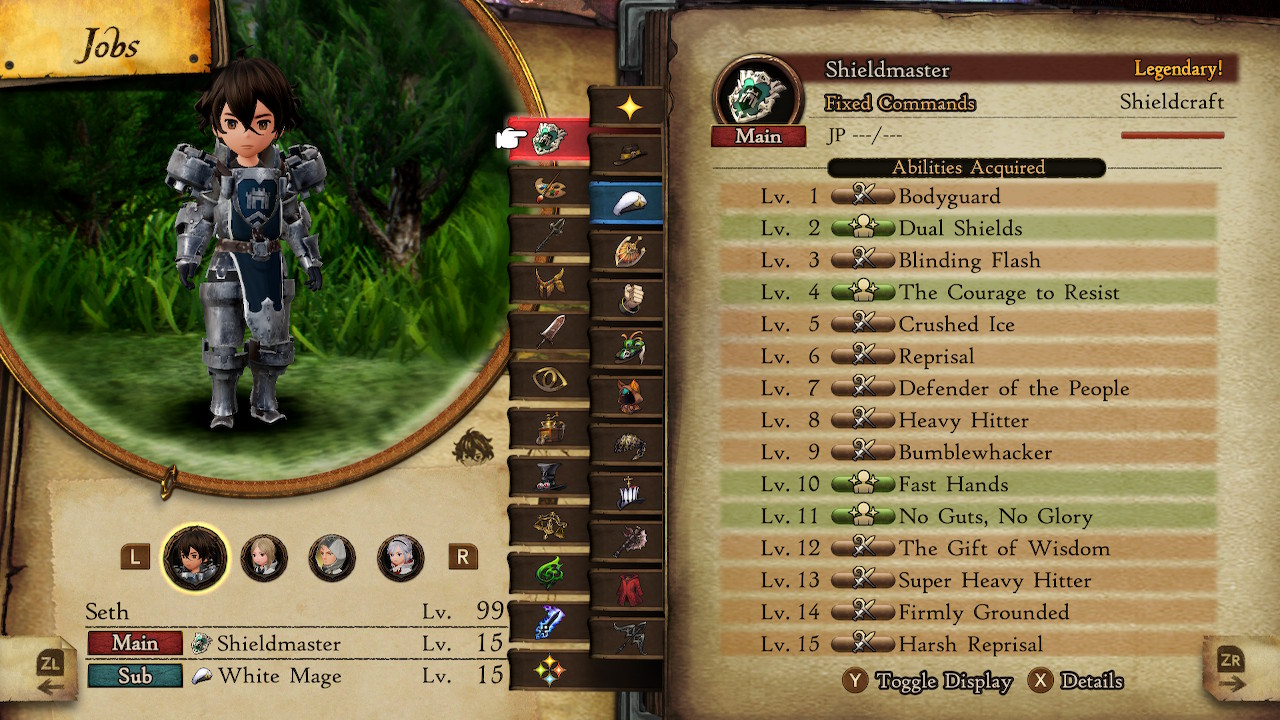 From the get go, you notice one thing in a Shieldmaster’s kit. The ability Dual Shields. Yes indeed, by having this passive skill equipped, you can dual wield Shields, becoming a literal fortress that can’t even be scratched. Of course, the offensive capabilities of the Job are fairly low like this, but as I mentioned above, a Shieldmaster is all about getting in front of attacks, enduring as much pain as possible.

Every other ability found in their skill tree, is to either increase their defenses and stats, or support their allies. That said, a Shieldmaster actually does have ways of inflicting damage to enemies, albeit not much. They do have the skill Heavy Hitter, which works very well depending on your weight, but having a sub-job like the Freelancer is even more beneficial, as it will enable your character to throw damaging abilities like the Body Slam. A fixed amount of damage will be inflicted based on the user’s encumbrance, which works fantastic for a Shieldmaster. As a bonus, it also delays the actions of the chosen target.

Shieldmasters are a very niche Job, that is underused in the grand scheme of things, due to not being able to damage enemies enough. This shouldn’t be the case, especially in Boss fights, as they are the literal best tanks in the game, tied only with Bastions for actual defensive power. Quite versatile as well in regards to Jobs to be paired with, as you can either fill missing perks with offensive or support types, or simply go nuts and add a Vanguard of a Bastion in to become unstoppable. Whenever you find a tough Boss fight you can’t pass through, just by having a Shieldmaster in your party will make things easier and simpler for you. Don’t overlook this Job, as it hides way more potential than you would think it has.

The creative Pictomancer is our next target, as this Shieldmaster guide has now reached its end, with the verdict of if you want at least one party member to be constantly alive, Shieldmaster is the Job you are looking for.