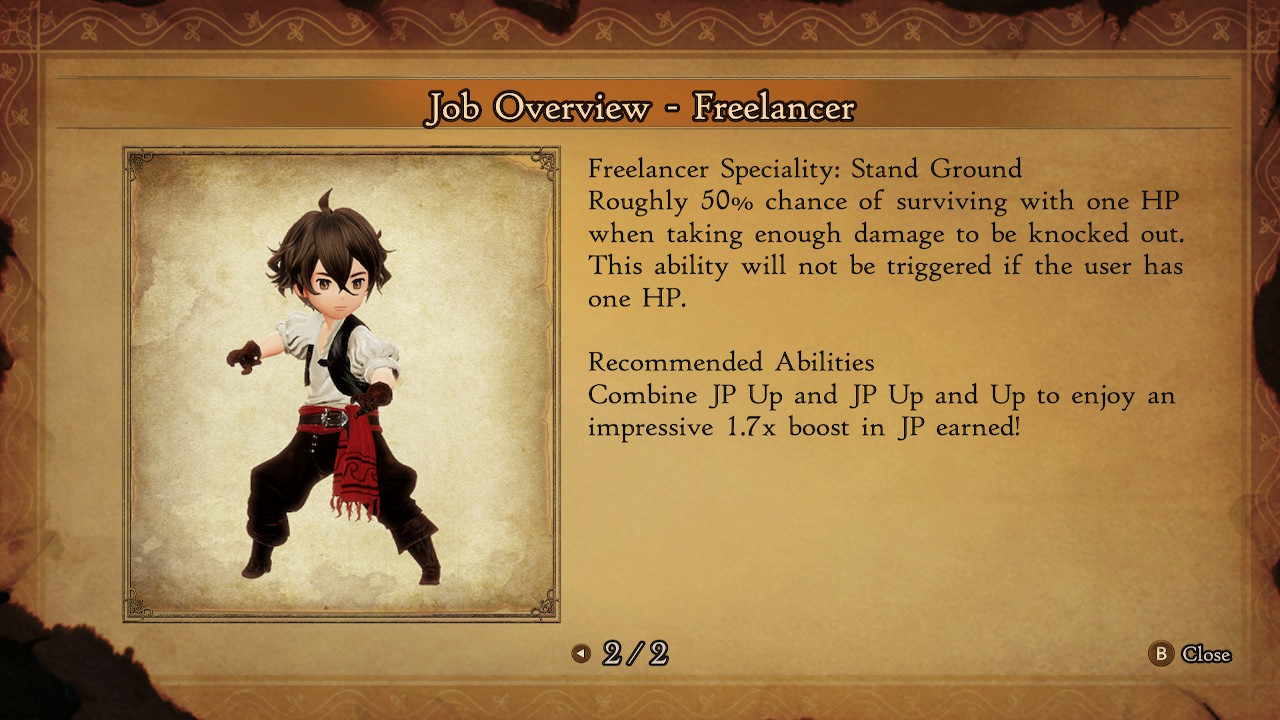 In Bravely default 2 you start your journey with a very basic Job, namely the Freelancer. If I were to name this default – no pun intended – Job, I would better call it ‘Adventurer’ or something of the likes. Every ability found in the Freelancer tree focuses on making your quest of ‘saving the world once again’ more pleasant and easier overall. That said, by the end of the game, you will notice the specific Job being considerably stronger, due to certain traits it has. In this Freelancer guide we will see exactly why, so let’s take a look below.

We are going to take a look at this Job’s abilities, as well as its weapon affinities. Additionally, some more details in regards to how to use the specific class as its role is completely changed by the time you reach post-game. 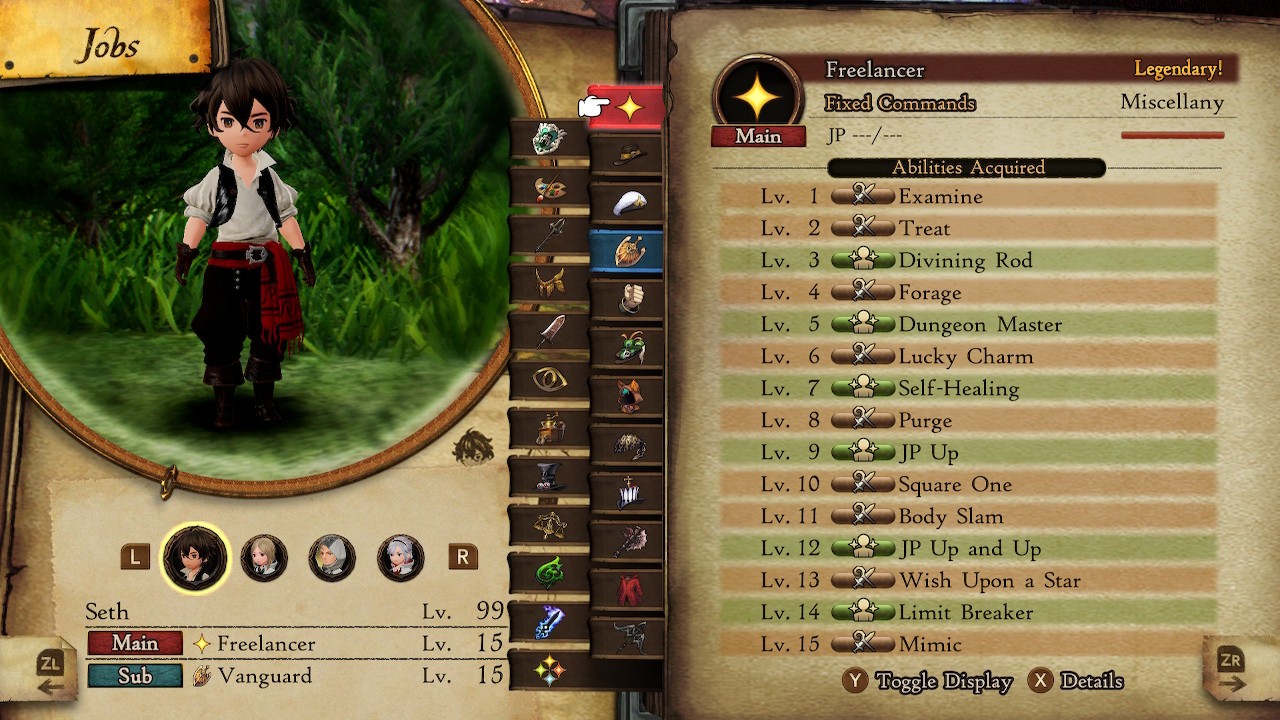 Being able to do everything, but masters of none, Freelancers are exactly this. Early on, the only actual usage you have for this Job is its JP Up and JP Up and Up abilities, that almost double your JP gains if they are equipped together (yes, they stack), and the occasionally handy Square One ability, that purges enemies of their buffs. Body Slam is a good alternative for neutral damage early on, without heavy gear investment, so it can be used on certain occasions.

However, all this significantly changes when you unlock this Job’s Speciality II which makes the Freelancer Job get a huge boost to every stat, for every Mastered Job of the specific character. This alone makes the Freelancers the best Job to equip, stat wise, and only after having all of the Jobs Mastered. By unlocking its true potential at level 15, you get three new abilities, that are all great to their own field.

Wish Upon a Star helps with boosting your team’s luck, Limit Breaker is great for parties that tend to stack up stat boosts, especially through the Bard Job, and Mimic is an astounding ability. What it does, is that it literally copies the very last ability that was used in the field. At first glance, it’s kind of ‘okay-ish’, but you need to be creative when using Mimic. For example, there are certain abilities that need BP points to be used. If you Brave four times, you can use that ability that cost BP, and then follow up with 3 Mimic uses. You will end up using a very powerful skill, 4 times in total, at the cost of 1. If that is not something awesome, I don’t know what is. Especially for farming without refilling your characters each time, it’s a godsend.

Freelancers are best used as sub-jobs early on, but feel free to take advantage of their stat boosts and use them as your main too, later on. Lastly, don’t forget their Divining Rod ability which is a must until you finish the game, if you want to find all of the Treasure Chests and their contents. Overall, Freelancers are extremely versatile so don’t be afraid to experiment with them and don’t let the fact that they are the default Job of the game, stray you away from using it.

With this, we reach the end of our Freelancer Guide and all of its perks. We’ll be taking a look at Black Mages next, so stay tuned for more to come.