If you are unsure if you found all the Treasure Chests in one area, here is a small tip. 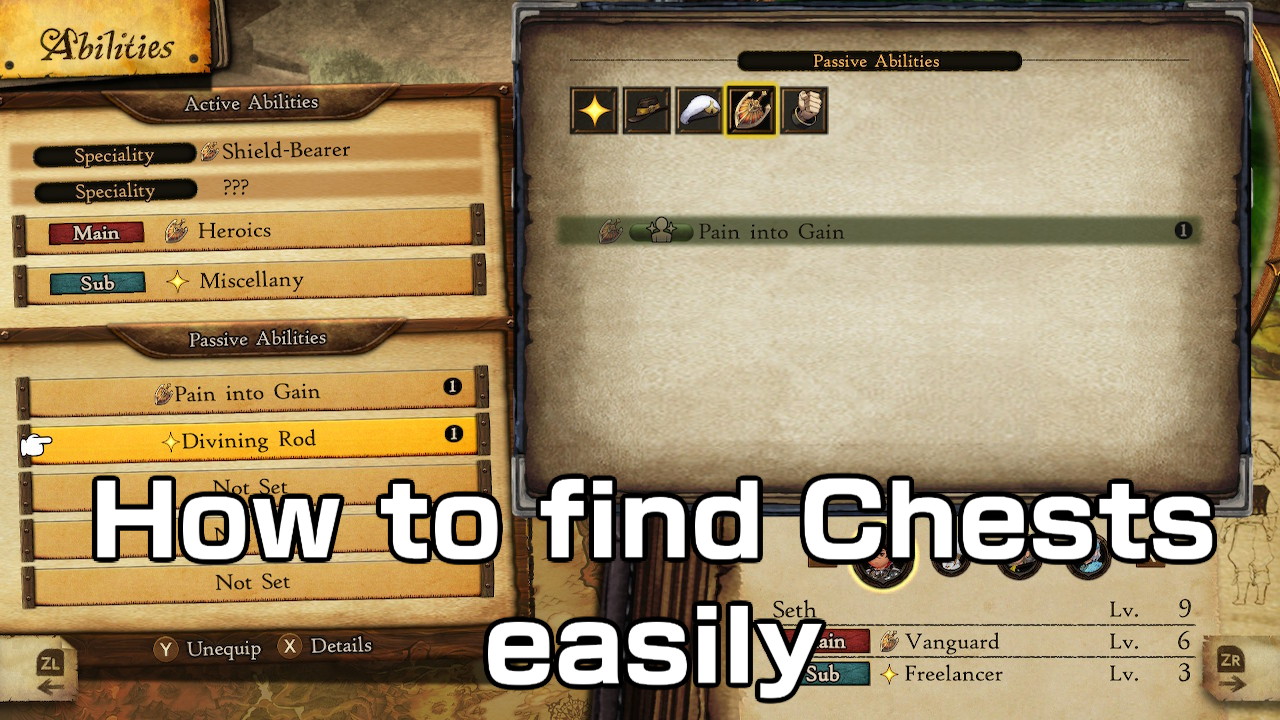 True to other great RPGs of the old, Bravely Default 2 has its fair share of hidden Treasure Chests within its environments, which can be Towns, Dungeons or even the Overworld itself. Including various goodies, hunting for treasure chests was always a staple feature for any role-playing game out there, and this entry is no exception.

What makes Bravely Default 2 different from the rest though, is that it has implemented a way of knowing exactly how many chests are still hidden in the area you are located. Let’s see how you can exactly do that.

How to know the remaining chests an area has.

The way to do such a thing is not an actual secret, but could be easily overlooked if you skipped reading through all of the skills for each Job. To be more precise here, we need to take a look at the Freelancer Job.

All of them have quite a number of passive skills, with a lot of them being rather unique, including the one I’m referring to now. Divining Rod is a Freelancer’s Passive Ability, which literally enables the player to see how many unopened chests are still nearby. Unfortunately, it doesn’t have any visual indication as to where the chests are, but simply being aware that there are still chests you haven’t found, is enough to make us look through every nook and cranny in order to locate them.

Additionally, you only need to equip this ability to one of your party members, not to all of them, in order for it to take effect. This is really handy since you can just sacrifice one slot of one character, for having a great boost to your chest hunting instead of needing to waste a slot on everyone. So go ahead, equip Divining Rod to any of your party members and good luck finding all of the Treasure Chests in the world of Bravely Default 2.