The latest news in the world of video games at Attack of the Fanboy
November 8th, 2014 by Dean James After the training mission found in the second level of campaign for Call of Duty: Advanced Warfare, we now advance to the third level, Traffic. This one will begin with you taking control of a spy drone after watching a few cutscenes by pressing square. The drone will then automatically move forward through the city to where the prime minister is being held captive. You can move the drone around once it arrives by pressing the left analog stick, but eventually the feed will cut out and you will be in control of Mitchell once again.

Move towards the numerous location markers until you reach a door that needs to be breached. Do so and follow Gideon to the next waypoint by climbing up onto the platform and down the tracks. Eventually, you will reach an icon that says “climb,” where you must hold square to activate your Mag Gloves. Climb up the wall, while moving to the side to get around the glass window, and you will reach the top very quickly.

Plant the mute charge on the roof by holding square, which will lead to you falling to the floor below in slo-mo. Make sure to kill any enemies you see while everything is slowed down.

Once inside the building, head towards the area where you are supposed to breach with a harmonic device. Move to the left of the Lagos seal in the back and plant the harmonic device. Once the device is active, tag the enemies inside the room and kill them through the wall. Enter the now open door and rescue the prime minister by holding square. 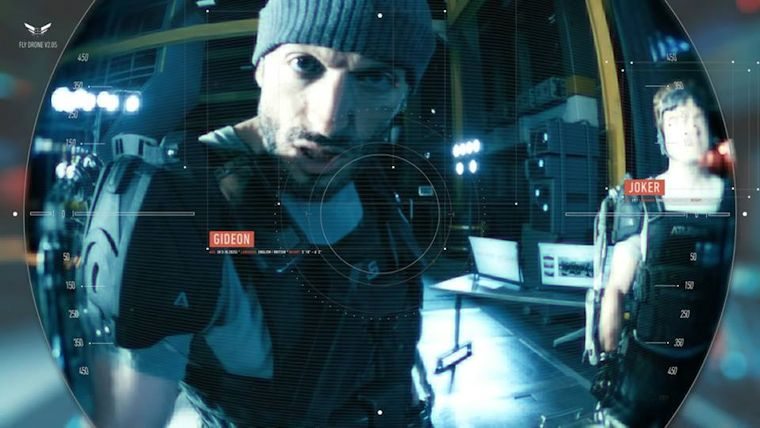 Follow the team down through the streets, into a bank, and through the traffic, where you will be attacked by soldiers with RPGs. Take them down from on top of the tanker and bus ahead, along with the soldiers and snipers in the distance. Snipers are best taken out with overdrive activated by pressing up on the D-Pad. Take out the BioFuel truck to dispose of soldiers as well. Continue to watch out for enemies on all sides until they are all gone.

Once they are all dead, continue to the next waypoint inside the shopping centre. Enemies will swarm the area again, so head inside the building on the left and fight off everyone until the area is clear. Now, follow your team once again until you see a vehicle coming straight for you. Hurry and run to the clearing to the right to avoid being run over and then up the stairs.

After escaping up the stairs, jump down into the courtyard in front of you. Take out all enemies on the second floor balcony and then head into the room on the top right side. This should be relatively easy. As you move towards the marker, the vehicle from before will show up again, so quickly take cover.

When it drives off, your goal will be to flank the vehicle by moving into the next room on the left and continue moving behind the carts and take out any enemies in your path. When you get to the backside of the vehicle, take the soldier using the machine gun turret out and finish off the rest.

Move to the new marker that says “climb.” As before, hold square to climb with the Mag Gloves. Once on the other side, move forward to the edge of the highway, where more enemies will attack. Take cover and finish them off, before heading across to the median while being careful of the traffic, as they will kill you in one hit. More soldiers will appear on the other side, but it is better to try and cross now and take them down from the other side. Be careful of the attack dogs as well. Once they are all finished off, move to the marker, where Gideon will make a hole in the fence. 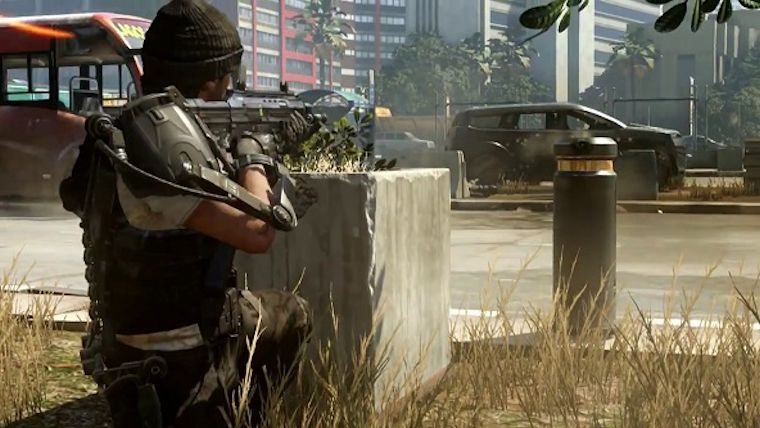 When prompted, press X to jump on the bus that will drive by. Jump to the next bus and take out the SUV with enemies ahead, most efficiently by killing the driver. Do the same for the following two vehicles and jump to the next bus, which will not go so well. Kill the gunners on the back of the next truck as you are hanging. As soon as the truck runs towards you, press X to dodge.

When given the chance, press X again to jump onto the moving truck. Press R3 to breach the windshield and throw out the driver. As soon as prompted, press X to return to the bus, or you will have to do the sequence over again.

An enemy chopper will appear, so start firing upon it while jumping between a few more buses. Finally, jump to a truck, where you will have to press square to grab onto it. During the slow-mo sequence, kill both the passenger and driver of the truck quickly.

After the crash, you will end up underwater with the truck quickly descending. Swim towards the marker on the back and open the hatch by pressing square. Start swimming to the surface and that will complete the third level of Call of Duty: Advanced Warfare.