Destiny 2 Where is the Conflux Lost Sector

Head for the Cistern to find the Conflux Lost Sector. 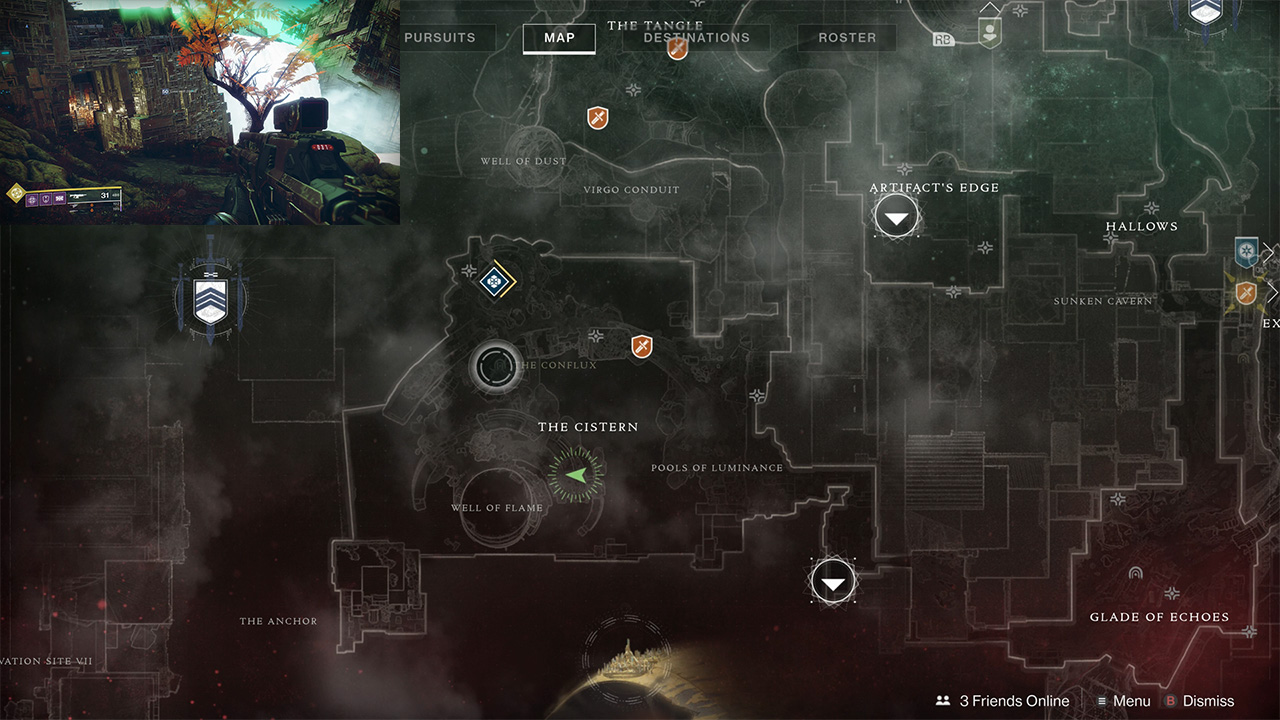 The Conflux is located on Nessus, but it’s not listed on the map unless you hover over it and the Lost Sector symbol is very faint so it could be easy to miss it.  To get to the Conflux quickly you will want to land at the The Cistern Landing Zone in Arcadian Valley.  Then you will head towards the Well of Flame.  North of the Well of Flame you will see a very faint Lost Sector icon.  If you hover over this icon the Conflux will be revealed.

Once you’re in the area you’re going to be looking for a cave next to a waterfall.  Using the map and image above it should be pretty easy to find once you know where to look.  Once inside you will face a typical lost sector challenge that has Cabal enemies that need to be cleared out before completing.  Once you’ve beaten them all you can open the Lost Sector chest which will have Imperials as your reward, allowing you to unlock a new Rune on the Chalice of Opulence.

Home / Game Guides / Destiny 2 Where is the Conflux Lost Sector