Does Everspace 2 Have VR Support

This feature is skipping the sequel. 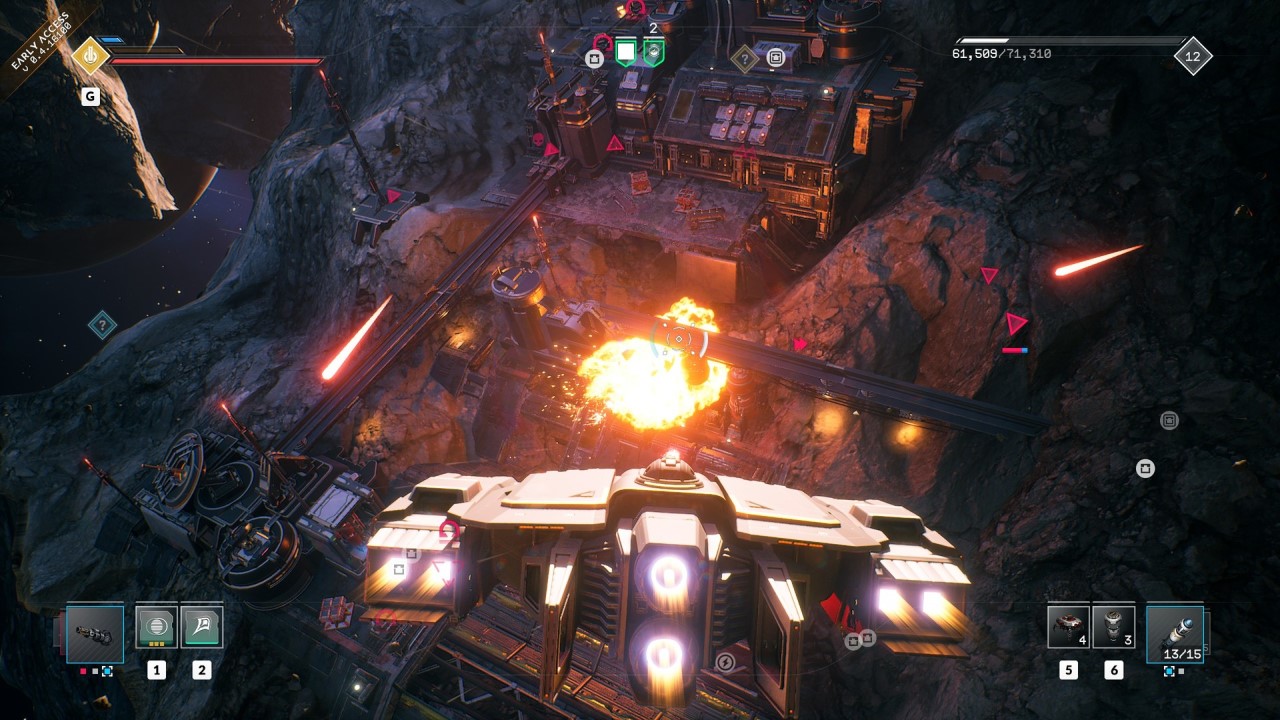 The first Everspace had VR support, so fans have asked if Everspace 2 – which recently entered Early Access – will as well. If what developer ROCKFISH Games has said on the matter remains true it’s looking like Everspace 2 will not support VR until well after the console launch, and even then it’s a large “maybe”.

Everspace 2 does not support VR, and likely never will.

VR support for Everspace was pretty meh at best, and ROCKFISH Games have made it clear they aren’t exactly keen on repeating that experience in the sequel. How does a developer best avoid complications that arise from implementing VR support? By not supporting it at all. Rockfish Games had this to say about VR support back in March 2020, when the game was deep in alpha:

“Now, before some of you ask: We still haven’t decided if we will support VR at some point. All we can say is that based on the experience from the predecessor, supporting VR is a ton of work for many reasons (like overhauling the UI, rebalancing the game, optimizing to demanding VR specifications) for a total addressable market of presumably close to 35 million on PC and console. At first sight, that number doesn’t look too shabby. However, the technical requirements for VR, as well as significant fragmentation issues and major marketing challenges, have to be factored in.

To elaborate a bit further, optimizing for PSVR on a regular PS4 all the way to the brand new Valve Index with its proprietary VR controllers takes even more effort than porting a typical PC game designed for mouse + keyboard input to also run console with proper gamepad controls from last-gen to current-gen and even to the next-gen. On the marketing side of things, we have seen non-VR players who ignore or hesitate to buy games with a VR tag. While on the other hand, quite a lot of VR players miss or have trouble altering graphic settings in games with optional VR support, resulting in negative reviews and complaints about performance issues in VR, which of course hurt overall sales.

Last but not least, it would actually be hard to justify to our entire community if we spent a lot of development resources exclusively on a feature for a comparatively small group of players. Therefore, we decided to look at VR as a separate platform that requires a solid business case to make it worthwhile to support. Long story short, EVERSPACE 2 for VR is currently not on our list, but who knows what kind of deal might happen in the future…?”

If that statement leaves you feeling hopeful, allow me to share what they recently had to say about VR support in their preview guide for Everspace 2:

“We invested significantly to have optional VR support in the original EVERSPACE. Unfortunately, it turned out not being a good business decision for a variety of reasons. Ranging from negative reviews from VR users expecting full VR controller support even if the game has never been designed as a VR-only game, missing or ignoring the fact that users have to change graphics settings when playing in VR, to non-VR users outright ignoring the game due to its VR support tag on PC games storefronts.”

To summarize all of that: adding VR support is not a cut and dry process, and ROCKFISH Games lost more money than they gained from adding it to the first Everspace. So, they’re not going to bother with it in Everspace 2, at least not until after the console versions of the game are out in the wild sometime in 2022 or 2023. Even then VR support is unlikely. Don’t hold your virtual or real breath is all I’m saying.