The locations of all five crossbow targets in the Zwaardsrust Region.

There are a total of five crossbow targets for the Luminary to locate and shoot down. Overall, these are probably easiest to locate thanks to the general openness of the area and their placement at high elevations. Among them, there is really only one that is obscured by anything.

Here are there locations:

*Note: I found all the targets before I had any serious intention of doing a guide for them, so while I was prudent enough to take photos of the crossbow targets (most of them, at least) themselves, you might notice slight discrepancies with their corresponding map photo. They’re still accurate, though.

1.  On top of one of the two massive bales of wheat to the southwest of the Warrior’s Rest Inn. 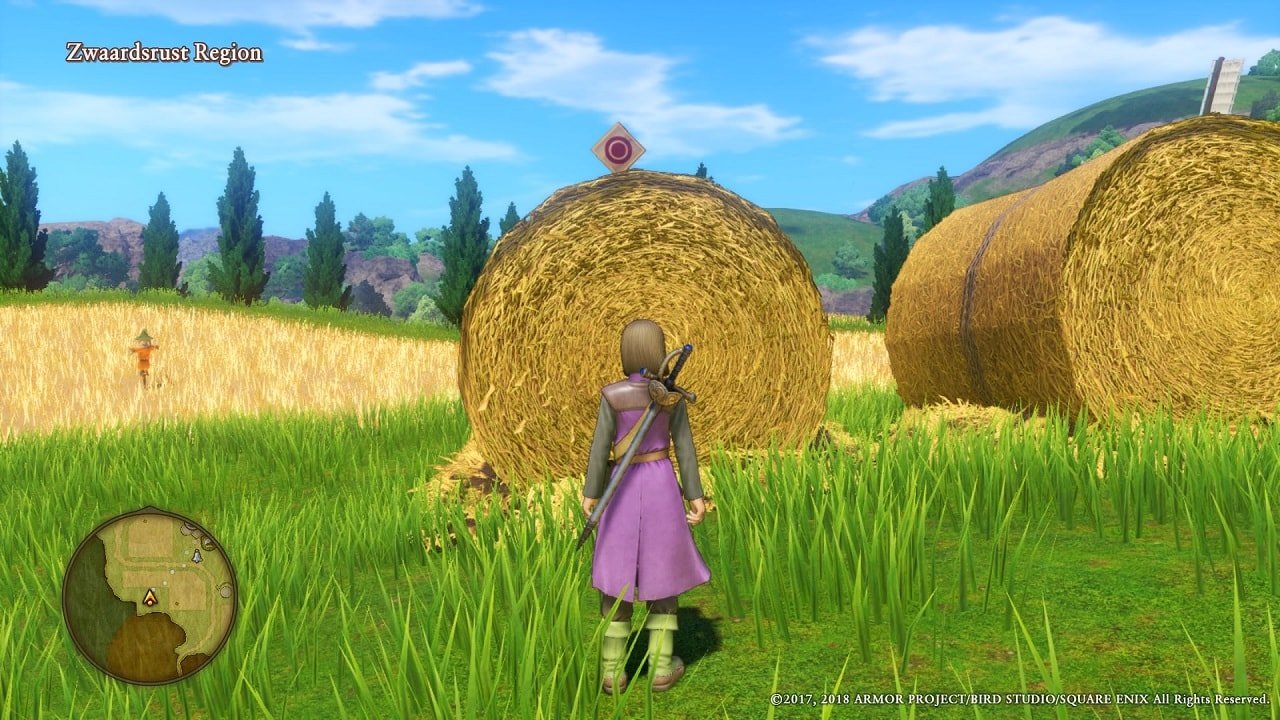 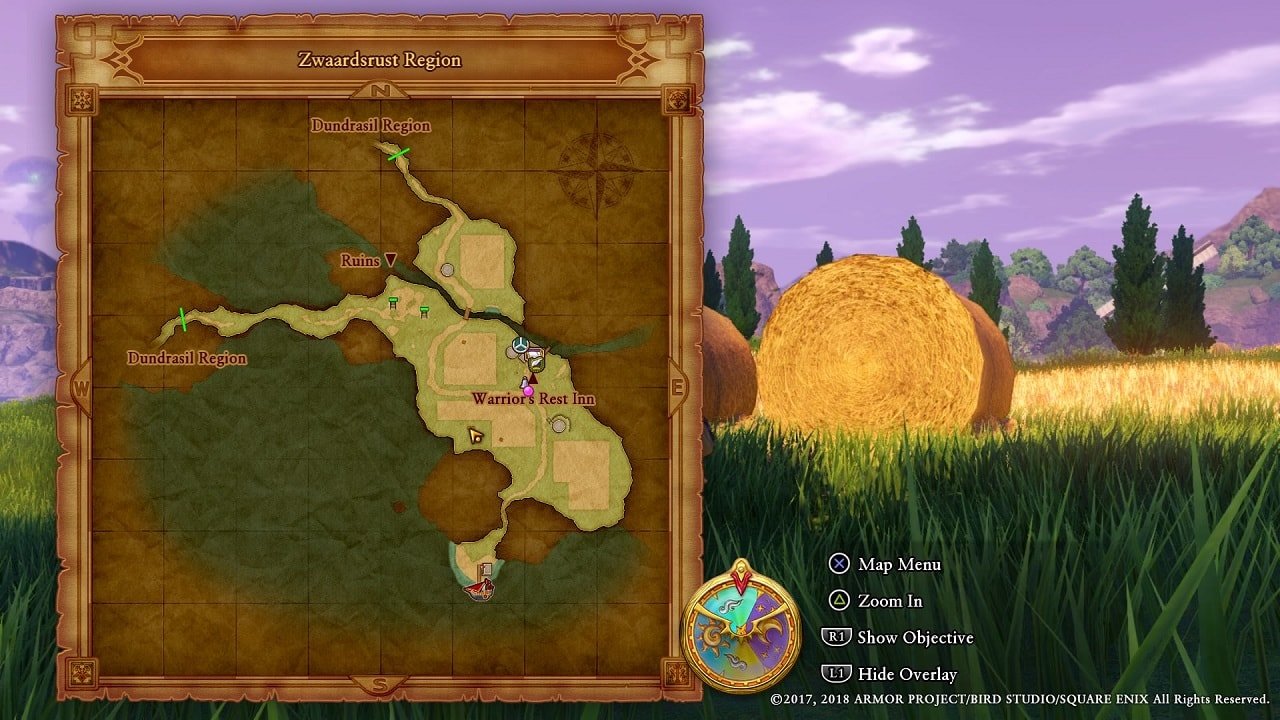 2. On top of the windmill to the south of the Warrior’s Rest Inn. 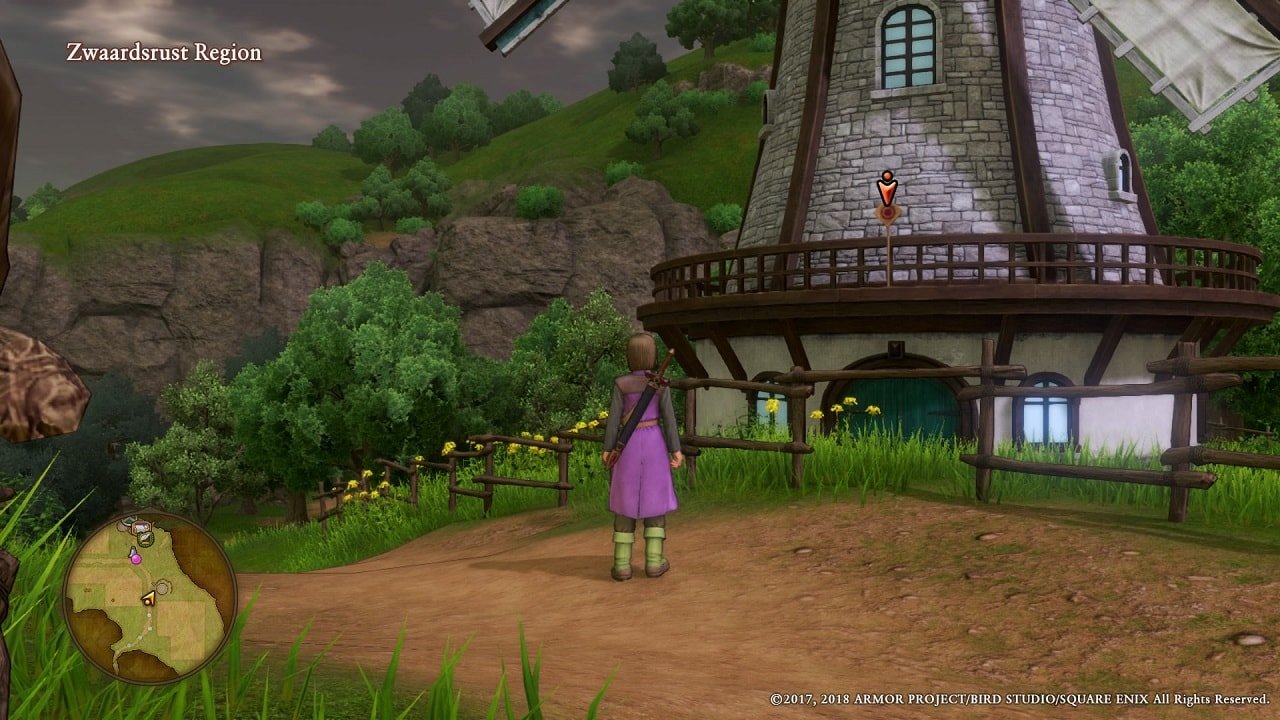 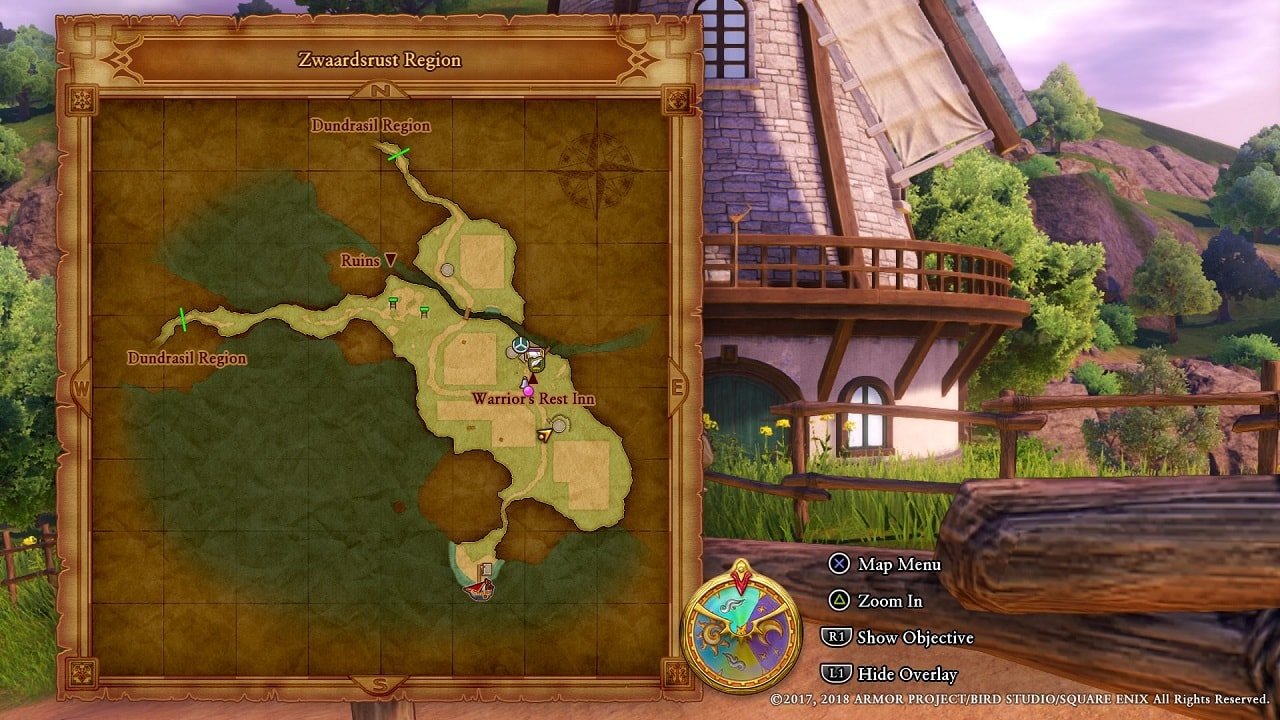 3. Hanging from a tree directly north from the ruins after crossing the bridge. 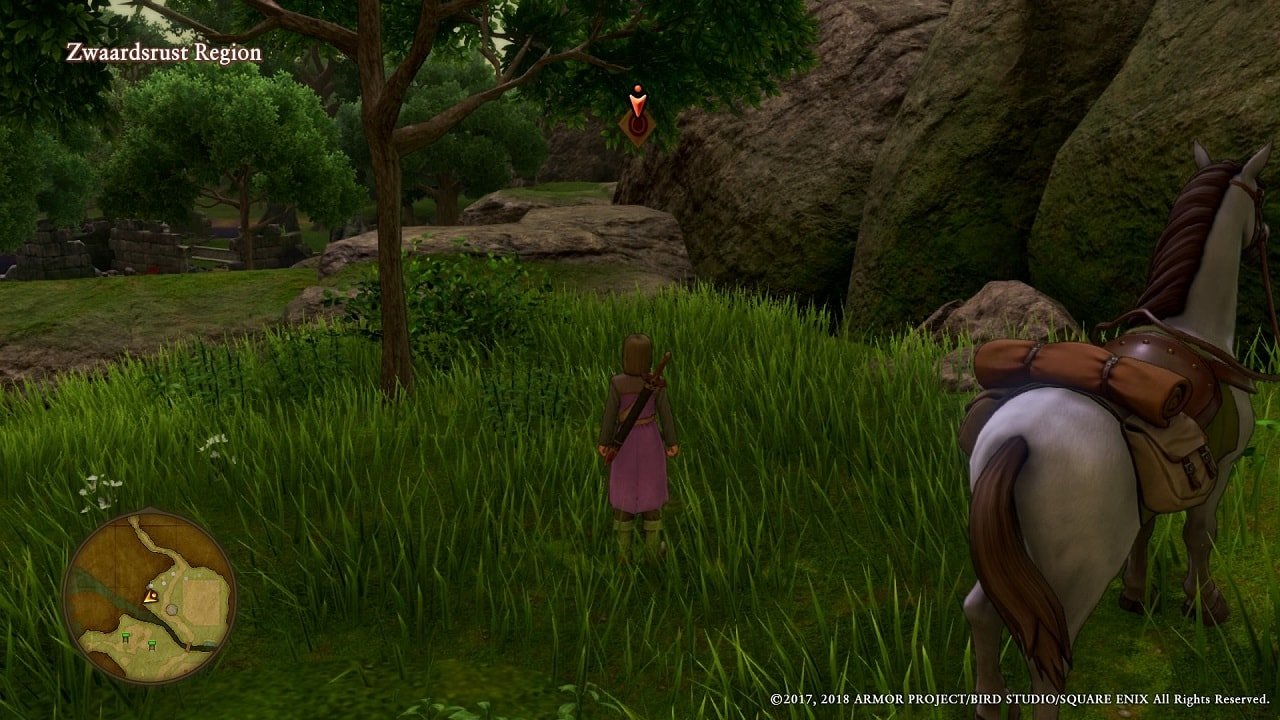 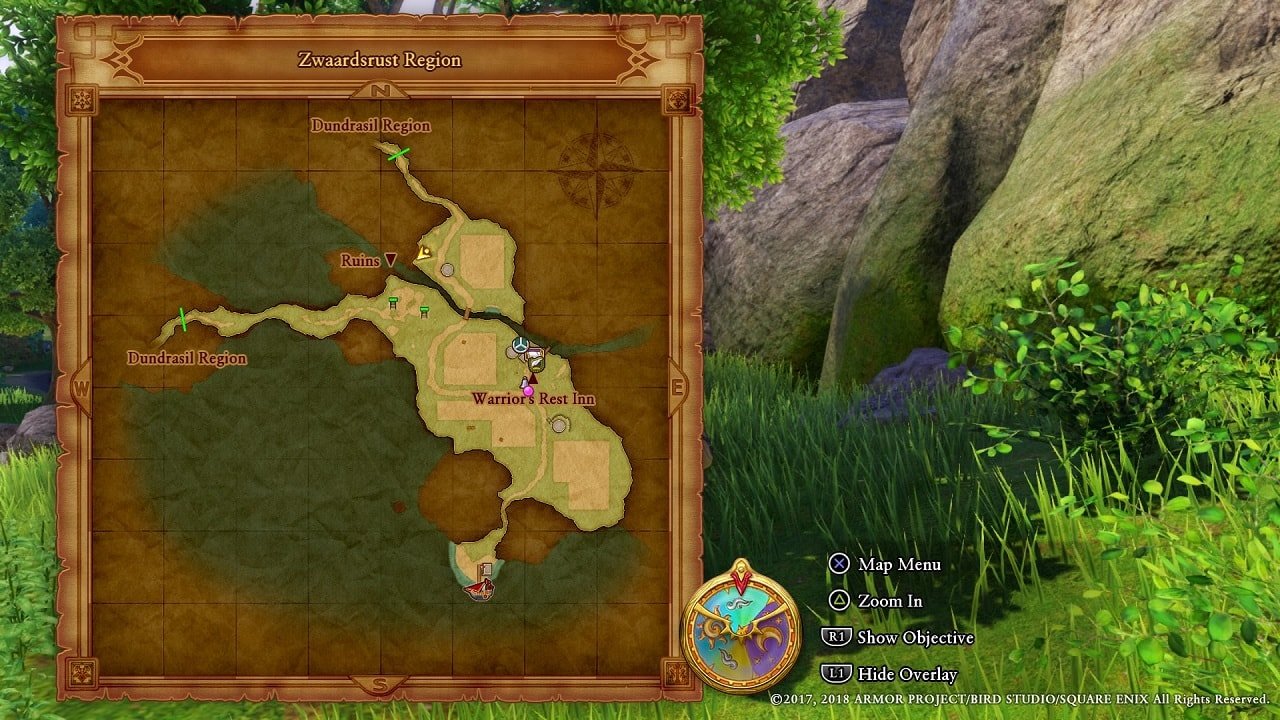 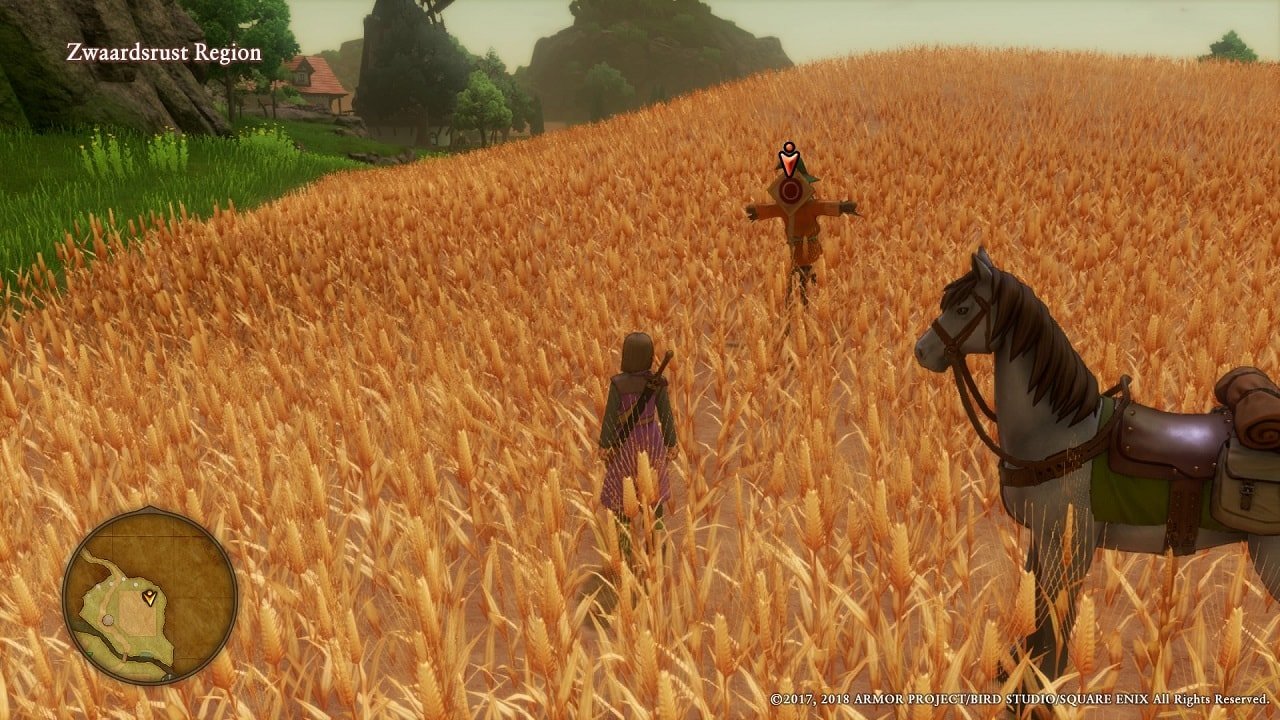 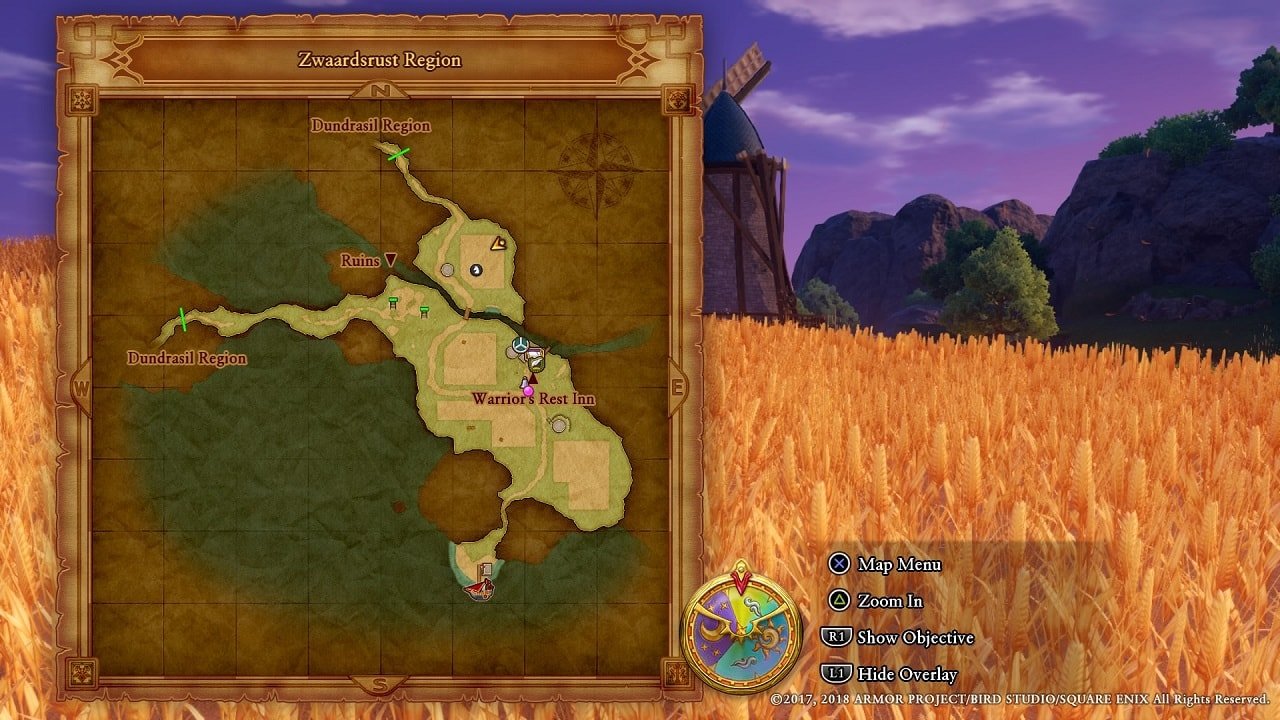 5. On a rock across the water behind the Warrior’s Rest Inn. 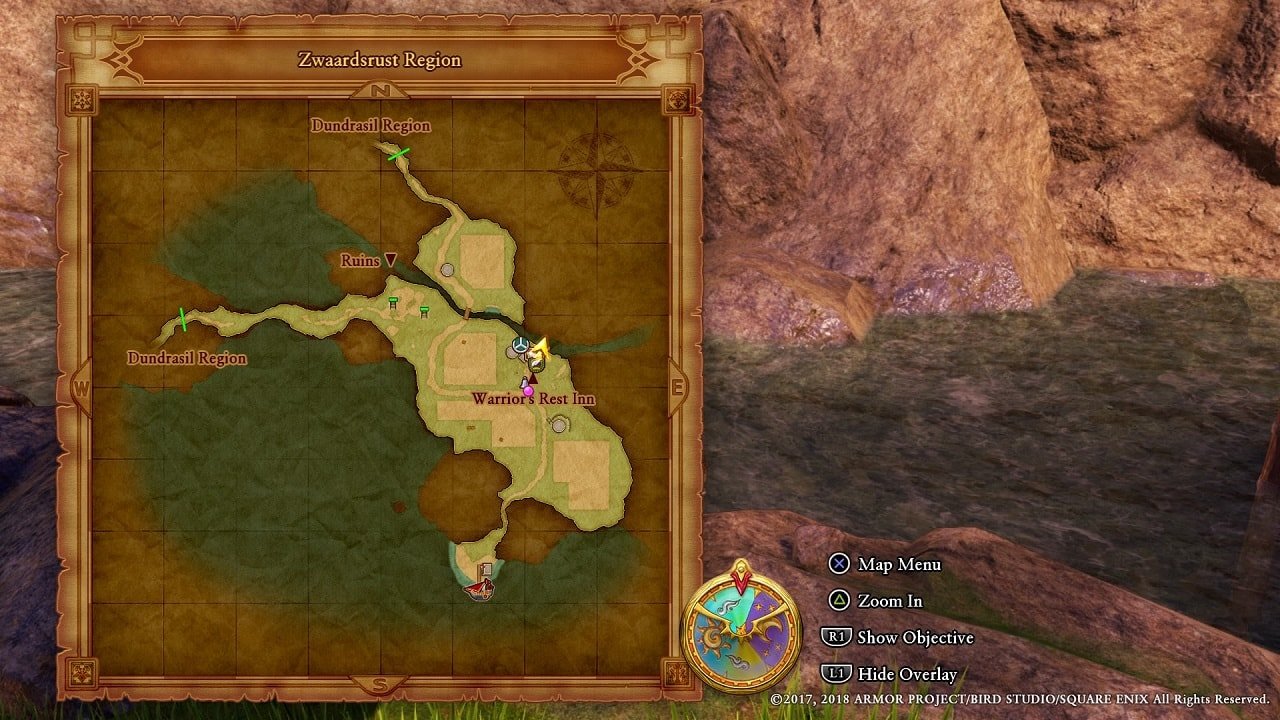 After shooting all five targets, go back to the Warrior’s Rest Inn (the NPC is by the well) to receive four seeds of agility.

Need to find any more targets? Head on to the next section, Dundrasil Region. If not, head to the Luminary’s Guide to check out some other Dragon Quest XI guides.