Dying Light 2: Where to Find Honey

From Farm to Table. 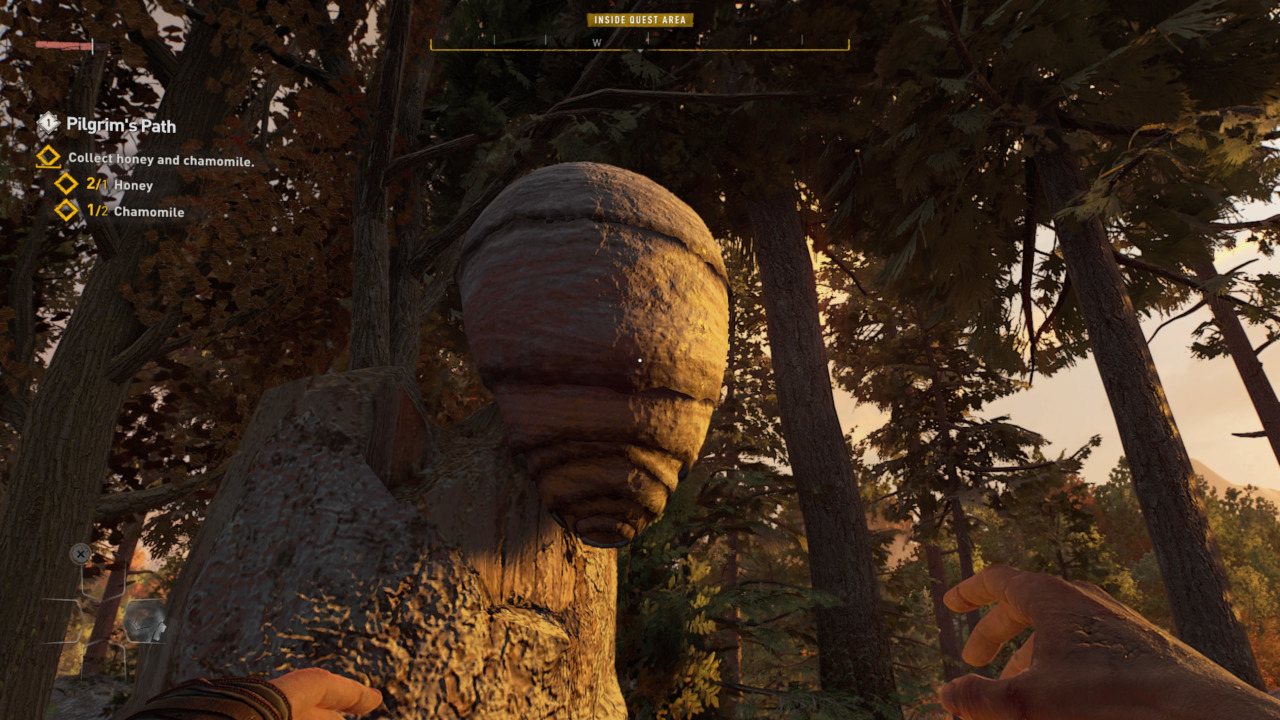 Dying Light 2 players have been free-running through the streets of Villedor since the release this past weekend, and have quickly had to learn the best ways to survive.  In addition to adjusting to how you can escape incoming threats and even fight them off, you’ll need to be able to heal, as Medicine is the first blueprint you’re given.  For this Medicine, you’ll need two simple components: Chamomile and Honey.  Thankfully you only need 1 unit of Honey as opposed to 2 of Chamomile, but it’ll be important to learn where you can find some beyond the opening area.  Read more on our guide on Where to Find Honey in Dying Light 2!

Dying Light 2: Where to Find Honey 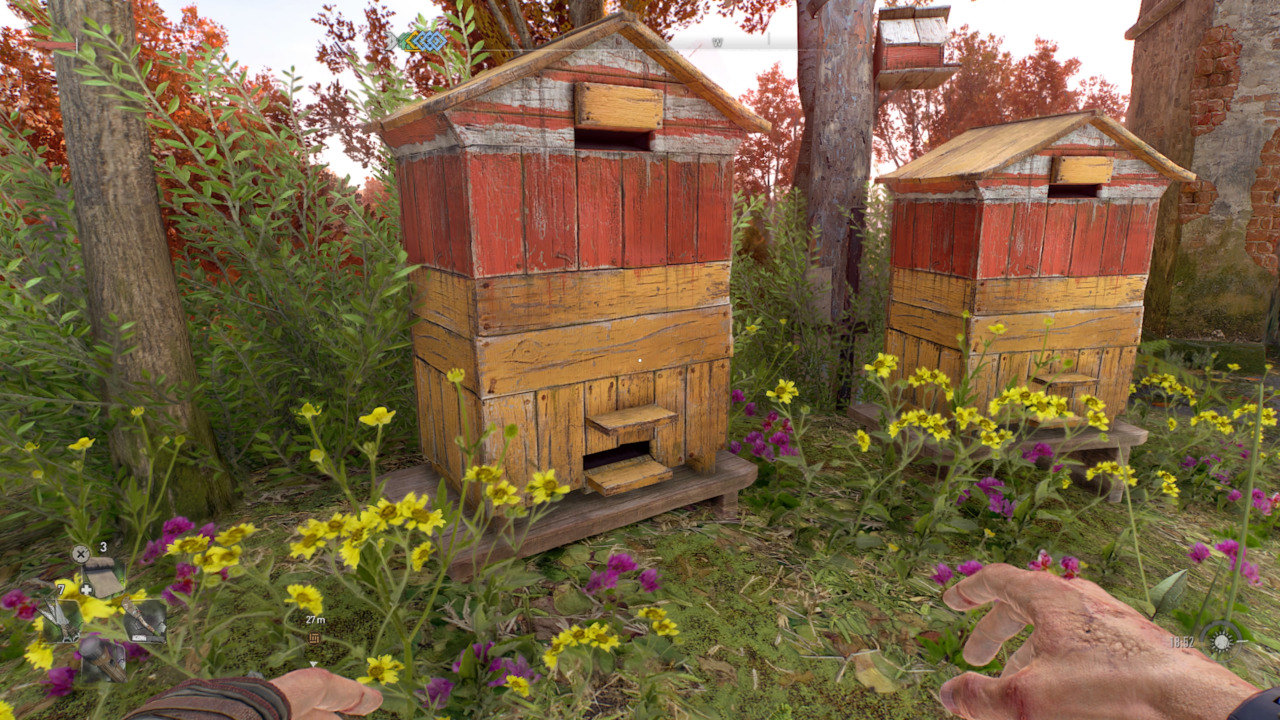 The simplest answer is to look for man-made beehives upon Rooftop Groves, occasionally found across the roofs of Villedor’s buildings.  The beehives in question are made with yellow and red-painted wood.  Despite the introduction bringing you to multiple naturally-occurring bee colonies, it’s fairly common to find honey this way on the rooftops of Villedor instead.  Thankfully most of these areas will have 1 or 2 sources of Honey and Chamomile each, as well as a host of other helpful crafting components.  You might have to fight off the occasional nearby threats to harvest in peace, but these resources are valuable, it’s only natural they are protected.

The nice part about these groves is you can return to them later for more resources, so it’s likely a good idea to make a rotation of Groves if you stay in a certain area carrying out missions.  Medicine does not take much to craft but in crucial scenarios, it’s good to have lots of it, and you’ll find yourself going through it rather quickly. Be sure to always have some Honey and Chamomile to spare, and where you can find more. 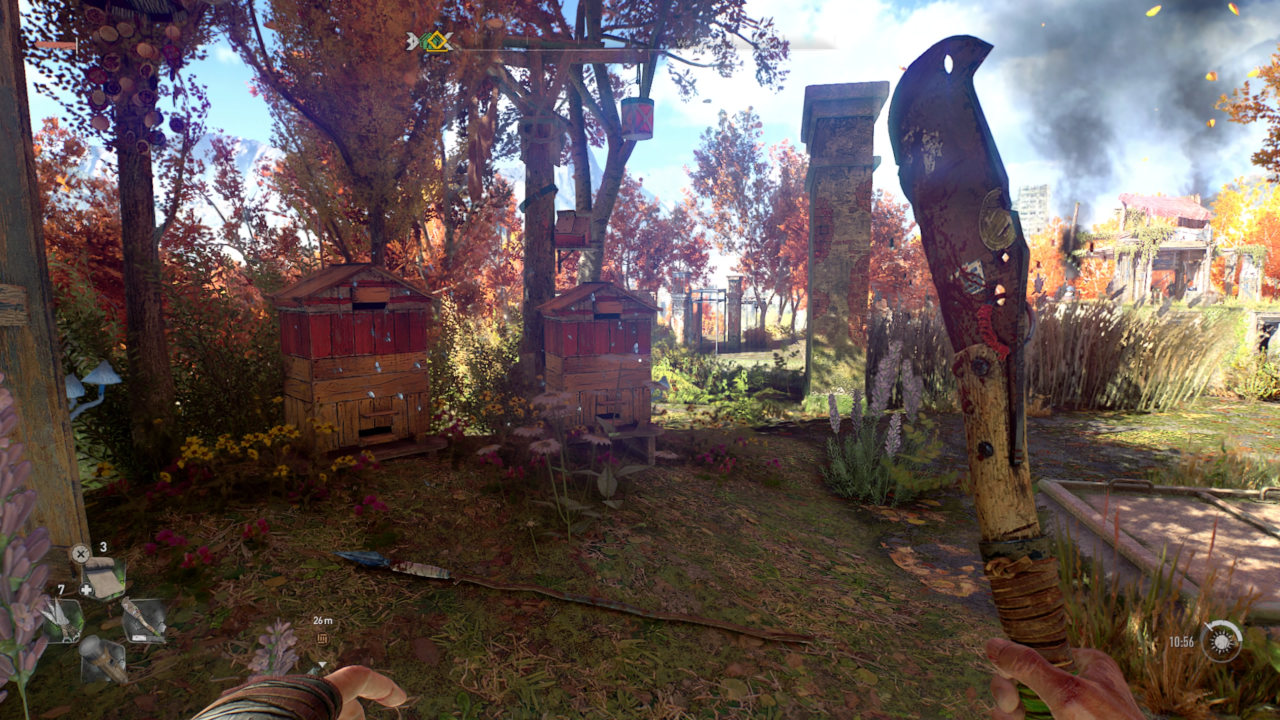 This concludes our guide on Where to Find Honey in Dying Light 2!  If you’re looking to fully explore the game’s massive amount of content, be sure to check out our other guides!

Attack of the Fanboy / GAME GUIDES / Dying Light 2: Where to Find Honey