There be dragons, be warned. 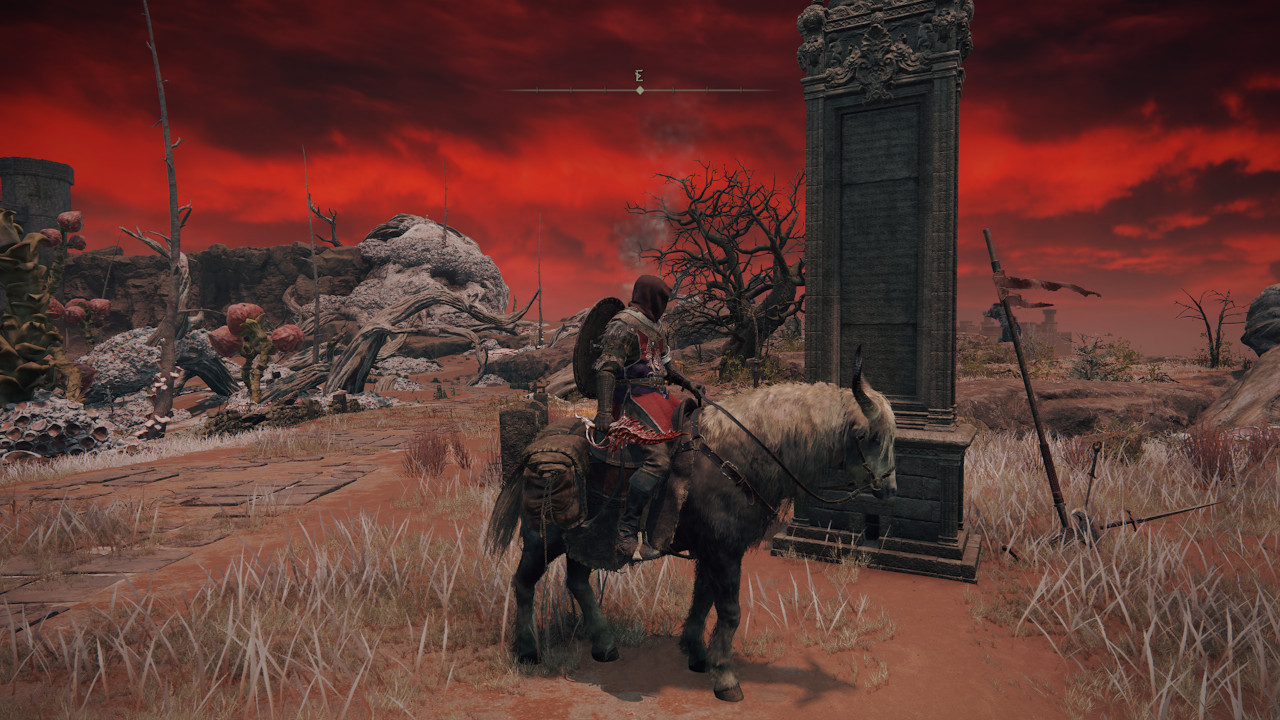 If you’ve been exploring the Lands Between in Elden Ring, chances are you ventured eastward from your starting point in Limgrave to the grim landscapes of Caelid.  When you get to this area the skies will glow a deep red, and the terrain is rough, overrun by death, fungus, zombies, and terrifying scavenger beasts.  The music is a foreboding ambiance of discordant, amelodic string instruments to let the terror truly seep in.  This place is not safe and serves to up the ante on what to expect in the diverse territories of the game.  To navigate, you’ll need the corresponding map of the area, so read on for our guide on Where to Find the Caelid Map Fragment in Elden Ring! From Rotview Balcony, take the road nearby which winds south past Caelem Ruins, keep going until it turns eastward near the coast, past the Caelid Highway South site of grace.  You will spot this post along the road, but be wary, a deadly dragon is resting nearby, so stay on your steed.  If you’re wondering how to get to the Rotview Balcony’s site of grace, go northwest from the Summonwater Ruins in Limgrave.

Caelid is some great exposure of the visions brought forth by the game, and some truly desolate, devastated land fought over by the Redmanes still alive in the area.  It’s merciless, full of disease, and has plenty of body horror in its enemy designs which might remind some of Swamp Thing’s nemesis, Anton Arcane, who turned Earth into Rotworld.  It’s a truly jarring experience and not for the faint of heart.

This concludes our guide on Where to Find the Caelid Map Fragment in Elden Ring!  We hope you’ve been enjoying the game so far, and be sure to check out our review, as well as our map fragment locations and other guides.  Elden Ring was released on February 25, 2022, for PC, PlayStation 4 and 5, Xbox One, and Series X|S.