Chances are you'll have a bone to pick with this boss. 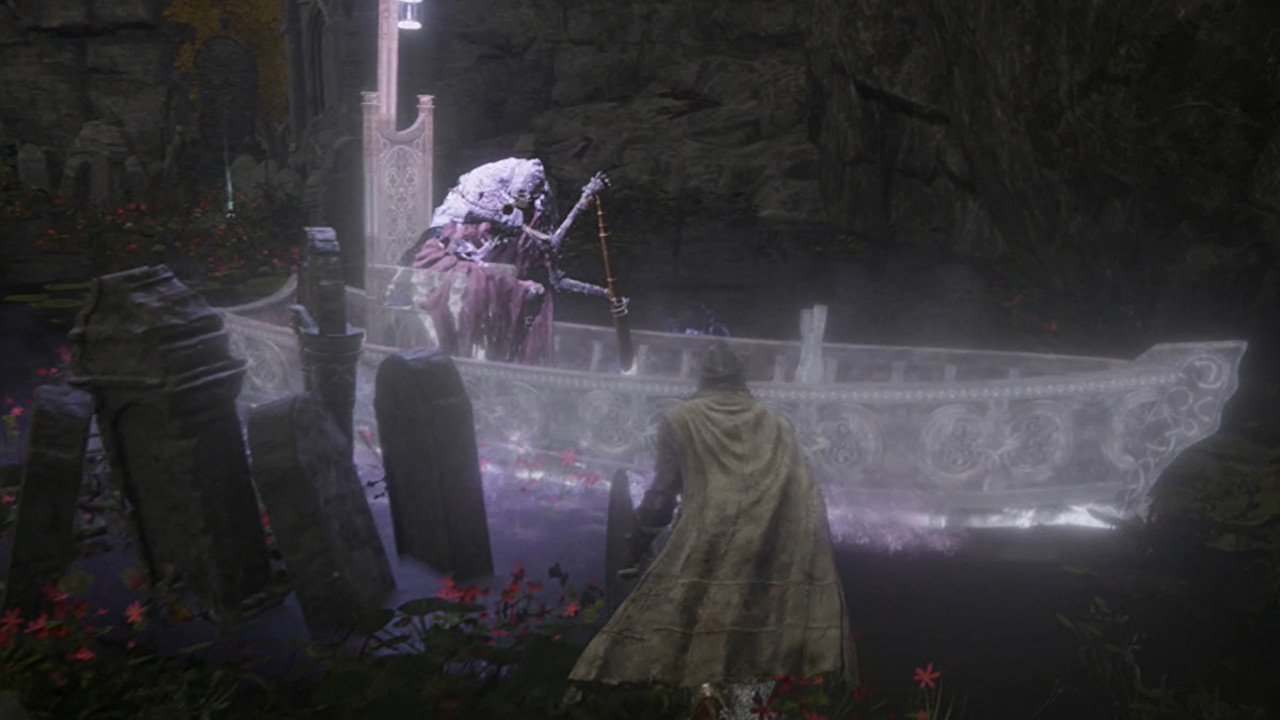 If you’ve been adventuring in Limgrave, chances are you’re enjoying the breathtaking visuals while encountering the many ruins spread across the land, guarded by powerful bosses.  One particular boss appears to guard the flooded marshland graveyard in Summonwater Village, just west of the Caelid region, named the Tibia Mariner.  This foe rides on their spectral boat across the marshes, and is often surrounded by skeletal minions, and fighting this boss can be overwhelming for some players.  Read on for our guide on How to Beat Tibia Mariner in Elden Ring!

The most important distinction to consider about this boss is that they can warp around the battlefield occasionally, but you also can call your spectral steed to catch up to them.  Essentially, this answers the boss’ advantage of mobility and allows you to deploy hit-and-run tactics, the safest of which being from a distance such as with bows or magic.  You can go up close for a few quick swipes, but be sure to retreat as you’ll likely provoke more aggro from the other enemies (which can respawn) and it’s best to keep your distance.

This boss is rather resilient but easy to defeat if you just approach with guerrilla tactics.  Going in and staying up close and personal will likely result in you getting swarmed by the boss and the nearby mobs, so it’s best to have an escape strategy on hand.  Be sure to explore the nearby ruins, with the northeastern area being the entrance, you’ll find the stairs leading in near some turtles outside.  Inside are even more turtles and a door to a chest that contains a Green Turtle Talisman which increases stamina recovery speed.

This concludes our guide on How to Beat Tibia Mariner in Elden Ring!  Elden Ring has released to rave reviews and has plenty of content you can sink your teeth into, including fun bosses, returning characters, and a world begging to be explored.  Check out our many guides, and enjoy the game!