Find the Master of Puppets Ranni the Witch opens up a huge questline in Elden Ring, but also introduces you to some grat characters who can be quite helpful to your journey.  One who is introduced as soon as you meet Ranni is Preceptor Seluvis, who resides in his own tower as well, but to meet him you’ll need to quickly fulfill a couple conditions.  Read on for our guide on Where to Find Seluvis in Elden Ring! Seluvis is introduced as soon as you finish speaking to Ranni, who is available to meet once you clear the Royal Knight Loretta boss fight.  After speaking to Ranni and beginning her questline, speak to a spectral version of Seluvis in Ranni’s tower.  You’ll then be able to meet him in his physical form in Seluvis’s Rise, just southeast in the Three Sisters area.  This character has his own questline you can complete as well, and once you do, he’ll be available as a merchant who can teach valuable sorcery. 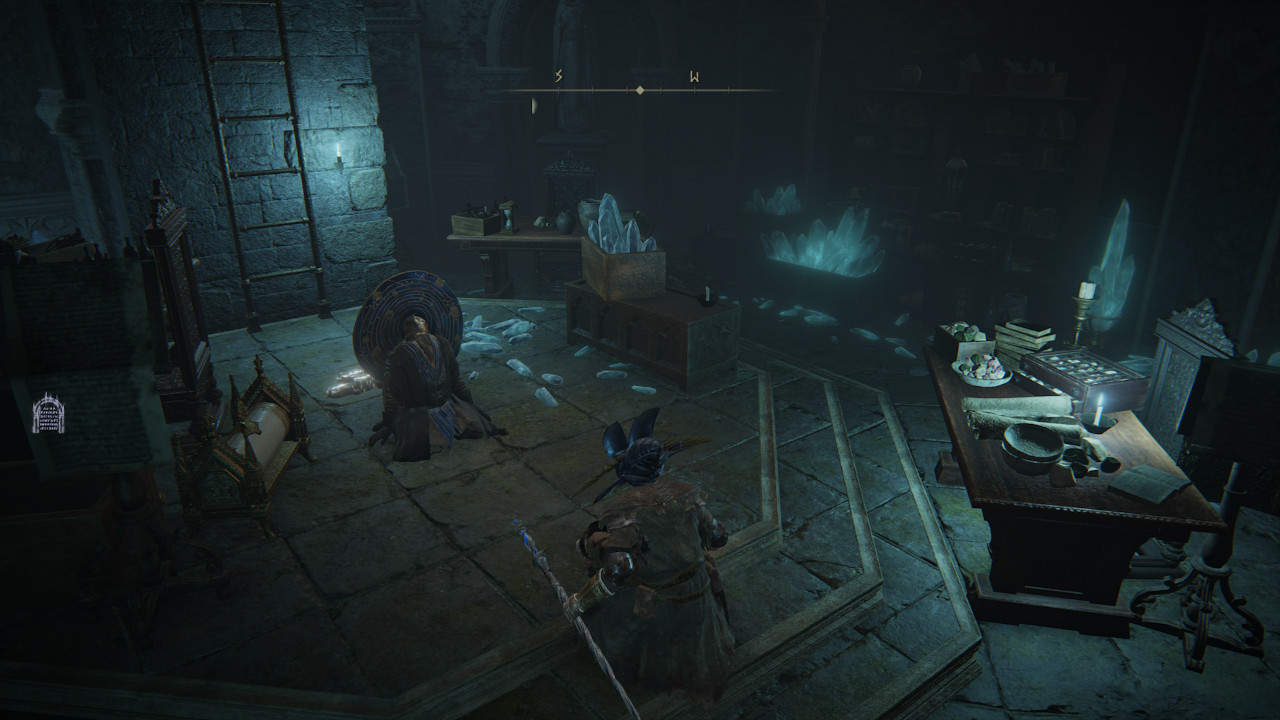 Be warned though, if you do not pay attention or take the opportunity to check his wares, he will wind up dead later on, but you can interact with his corpse to buy puppets you can summon as spirits in battle.  As always, these are usable whenever you see the arch on the left side of the screen.  This development only triggers after you’ve given Ranni the Fingerslayer Blade, leading to the Divine Tower of Liurnia being available.  You can buy the puppets with starlight shards, and if you find his puppets before he dies, he’ll even give you one for free.

This concludes our guide on Where to Find Seluvis in Elden Ring!  Be sure to check out our other guides, and our review.