Here's how to solve the Liquid Courage Treasure Hunt. 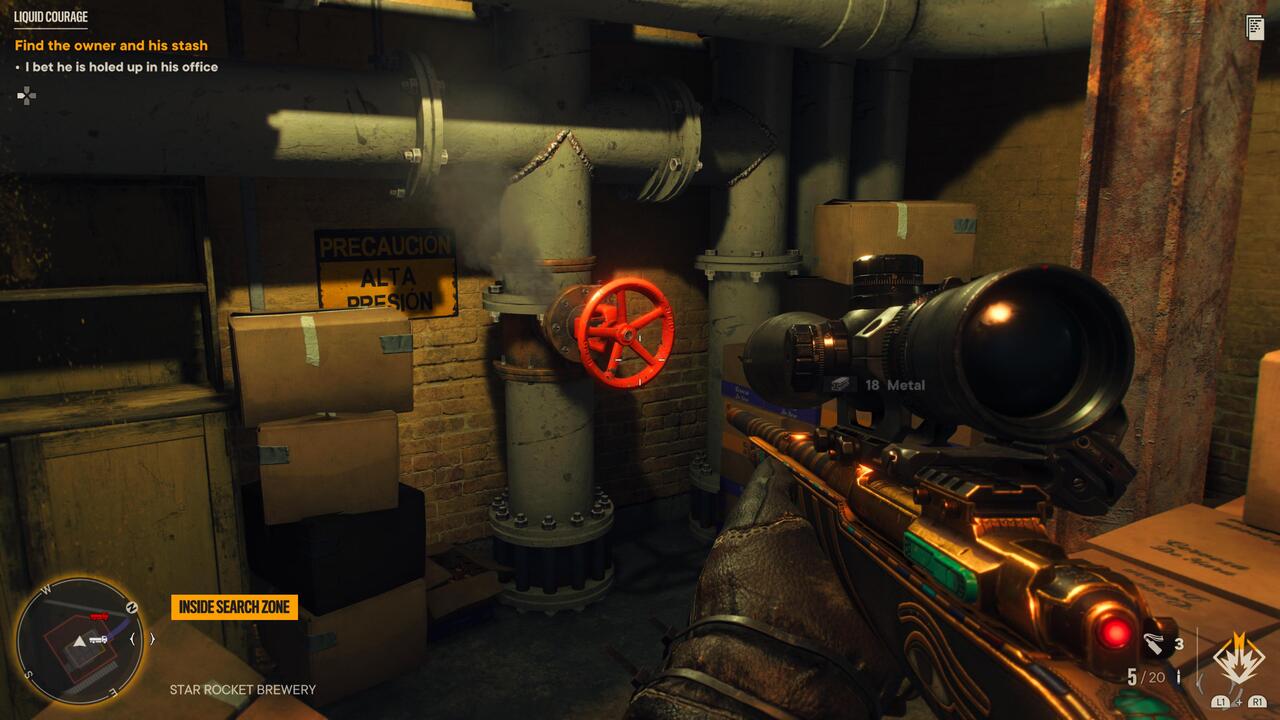 How to Start Liquid Courage

Liquid Courage is located along the northern coast of Noventarmas. It’s right next to an Anti-Aircraft Cannon site and is a short distance from Esperanza, Yara’s capital city. Once you enter the building, read the marked note to begin the Treasure Hunt.

Your goal is to get inside the brewery office, but the door is locked. Finding the office key requires you to solve a puzzle in the other room. Walk through the unlocked door and you’ll find yourself in a back room with a ton f orange valves. Next to the stairs is a tank with three red lights and a valve. To use it, you have to make those lights turn green by using the other valves in the room. 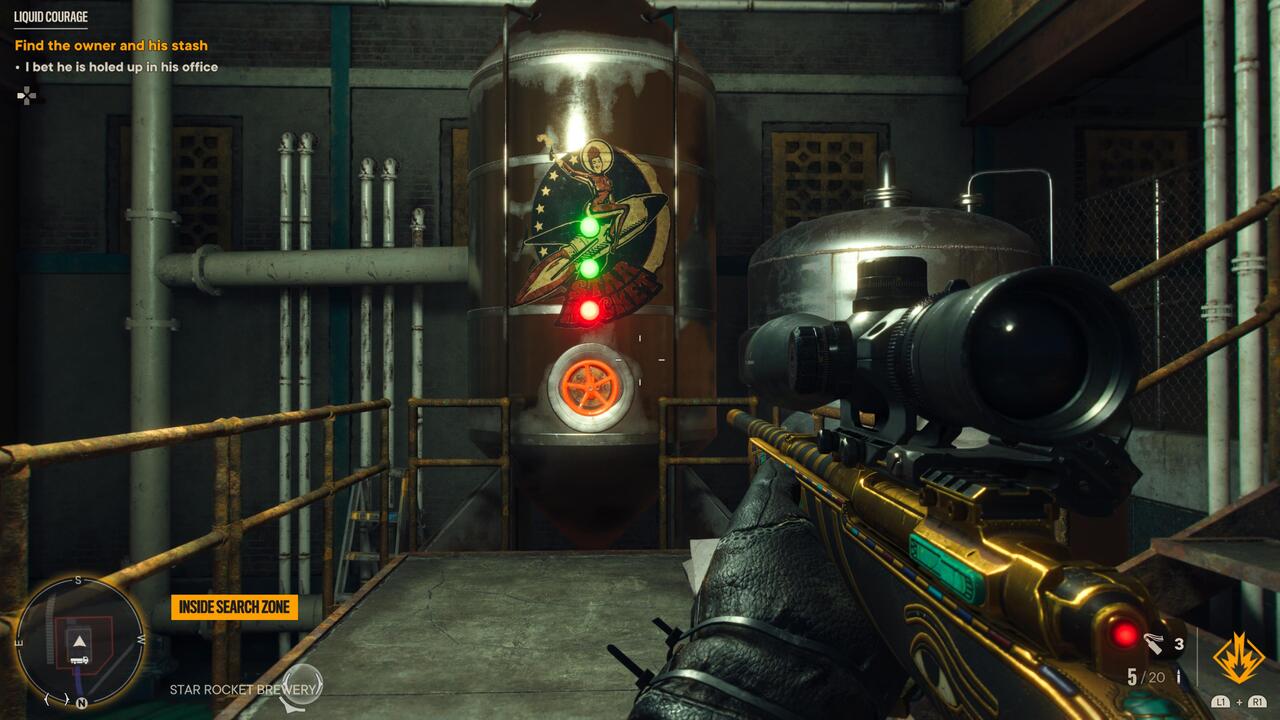 The first two valves are on the ground floor and are easy to find, but the third one is a bit hidden. To get to it, follow the metal walkway and climb over the railing to reach the pipes. Then, follow the pipes to reach the third valve. After turning all three, the lights on the tank will be green. Turn the valve on the tank and it will explode, revealing a new path forward. 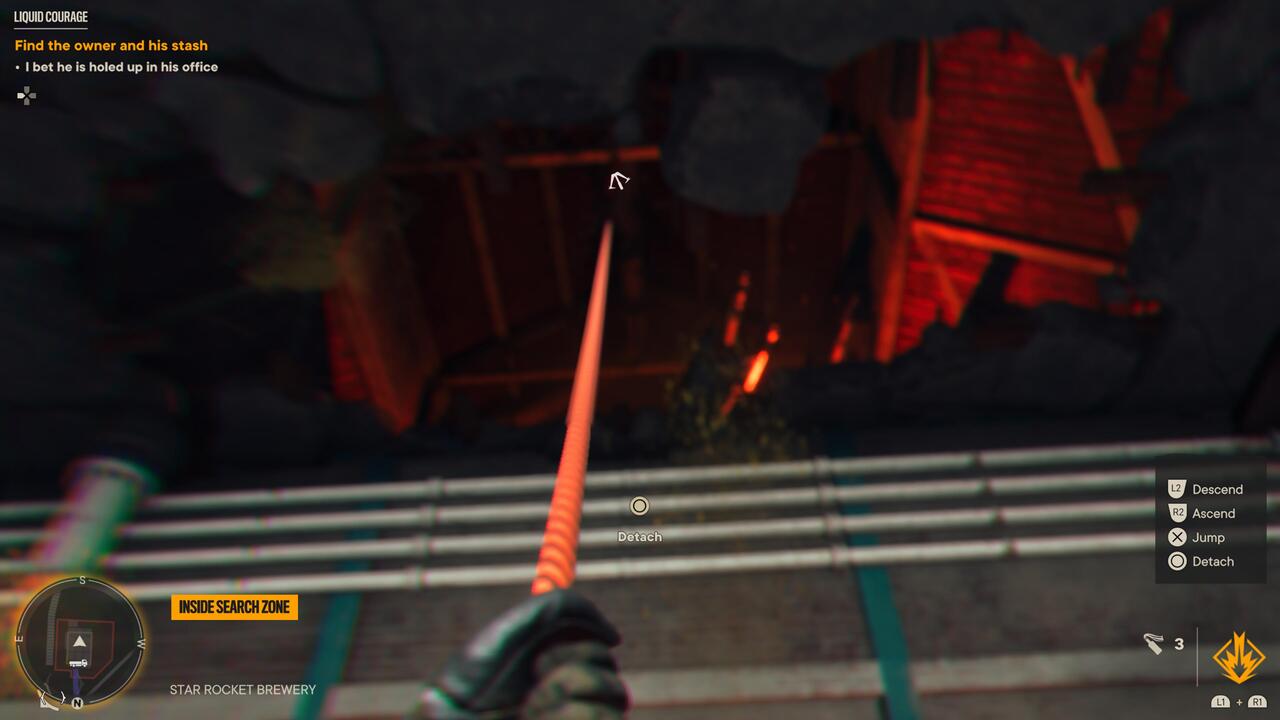 At this point, the hard part is done. Use your grappling hook to climb into the newly-opened path. Then, crouch through the air duct to the left. After you drop down from the duct, you’ll find a path leading to the treasure. 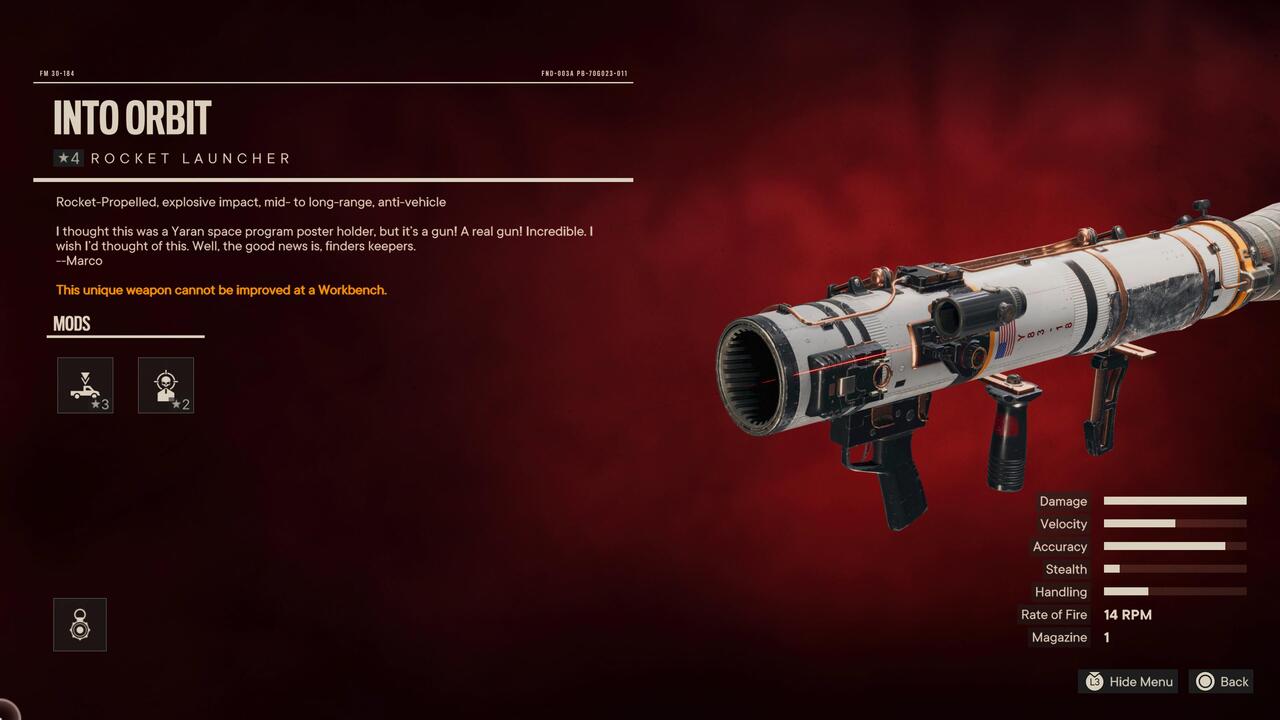 As a reward, you’ll receive the Into Orbit rocket launcher. This is a unique 4-star weapon that cannot be improved at a workbench. It comes equipped with two perks, one that gives it homing missiles and another that increases damage when you’re above an enemy. It’s perfect for ambushing convoys and taking out powerful vehicles like tanks.

Far Cry 6 has plenty of other Treasure Hunts, so keep an eye out for them if you want to unlock unique weapons. Some of them have tricky solutions, while others are a bit more straightforward.