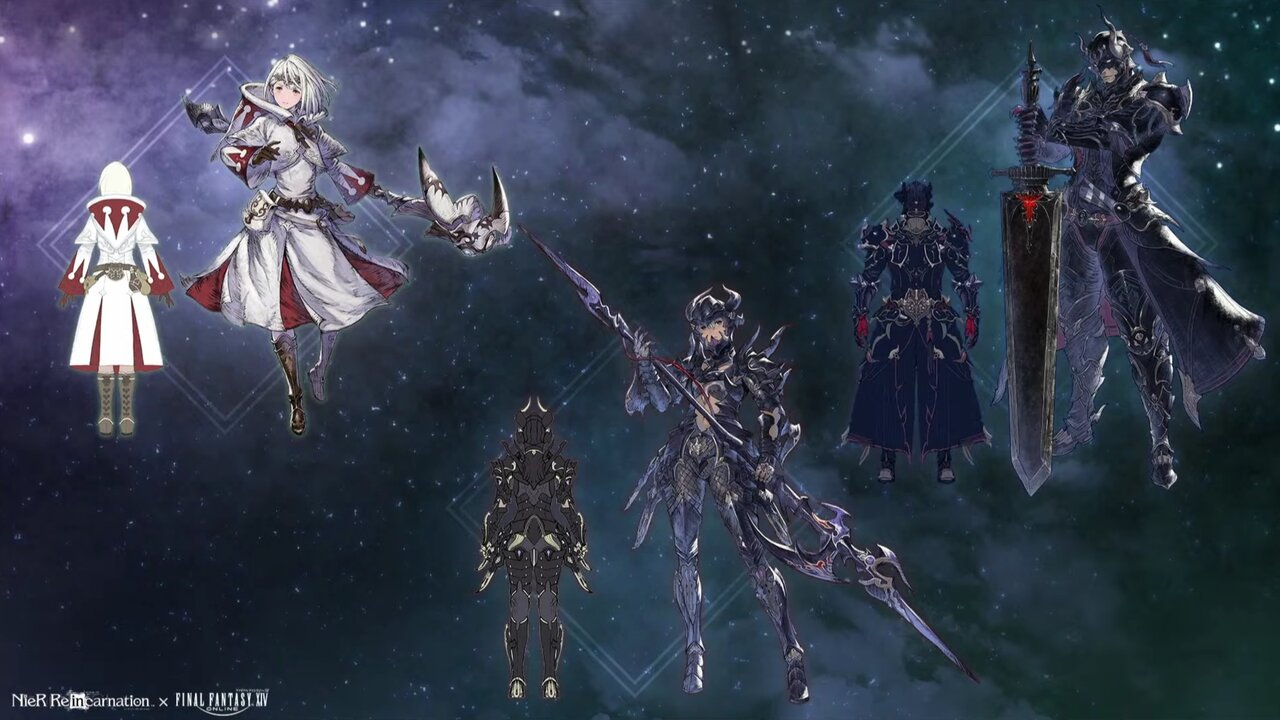 NieR Re[in]carnation is now going to be getting a Final Fantasy XIV crossover event and players will be excited to find this out. From new characters and related outfits to new quests, there will be a lot to enjoy for everyone. FFXIV has had a lot of events over the years and now Nier is getting a slice of the action. This guide article will take you through everything you need to know about the NieR Re[in]carnation Collab Outfits and the event in general.

As can be observed, the characters are extremely stylish and players will no doubt enjoy trying to get them throughout the event.

The event officially starts on May the 10th and the event will stay there until the 13th of June so plenty of time to try everything that is on offer for the event. Speaking of things that are on offer for the event, players will also be able to take part in entirely new quests for the event and Hades will be making an appearance within the quests from what we know so far. After the wait for NieR Re[in]carnation, FFXIV fans who play the game can soon indulge themselves in everything that the inspired event has to offer.

NieR Re[in]carnation is available now on IOS and Android.