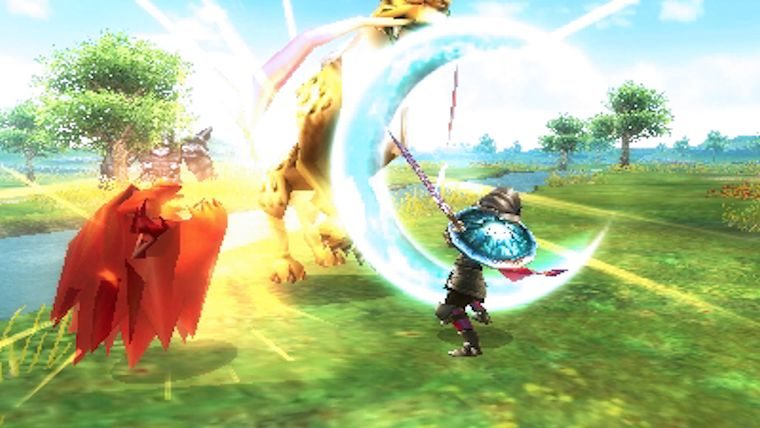 Final Fantasy Explorers may get its title from the fact that you are wandering around the game’s map searching for enemies to defeat, buti t can also have a bit of a double meaning. That is the fact that there are a good number of different job classes to explore and experience throughout the game, with some being better than others for beginners or just those starting their game over.

Once all job classes are unlocked, you will have access to 21 different options, though one is the very basic Freelancer class that you start with. You will definitely want to move up from that one rather quickly, but the question is, what is the class that you should switch to?

It is hard to say one particular class in Final Fantasy Explorers is the absolute best for beginners, as they do offer different playstyles for you to experience in battle. However, we are going to try and give you a rundown of the early classes and come up with what we think is the best one for you to start with after obtaining the ability to switch between them.

As said above, you will start Final Fantasy Explorers in the Freelancer class, but upon completing the three tutorial quests that then unlock the main quests, you will gain access to five additional jobs, Knight, Monk, Ranger, Black Mage, and White Mage. As a result, those are the ones we are going to focus on, as it will be a little while before you can gain access to the next batch of job classes.

The game does give you some solid variety to start with these five, as each is different enough to where you will have to weigh which is better. Knight is the all around most balanced of the group, as it offers high Strength and HP, along with the highest Defense of the five. It has a lesser Magic Defense state, but the higher AP can help help you cast more healing spells, which essentially makes the Knight a Tank, which can be very helpful in the early boss battles before you get better armor and weapons.

The Monk will provide the highest HP and Strength by far, which you may very well want, though its two types of defense are pretty weak. You will also be limited to only Knuckles equipment and Knuckle Skills at first. Monk will give you the most offensive power early for sure, but it does have the aforementioned weak defensive stats from both physical and magic attacks and the lowest overall AP, so you will be limited on abilities.

While the first two jobs mentioned above are about close combat, the Ranger job class is built around attacking from afar. As a result, the defense is about on par with the Monk class, as you will be avoiding a lot of the closer ranged attacks. The Strength for Rangers is just short of the Monk with much higher accuracy as well, but the style of play here may be bad for those that like to be up close attacking all the time.

And then we have the two Mages, Black and White. For anybody who knows the Final Fantasy series, the White Mages are more known for healing with white magic while Black Mages are known for using powerful black magic attacks like Fire and Thunder. Early in the game, White Mages are honestly the class I would most avoid at first, because you will have either low level or no partner creatures in your party to do the brunt of the attacking while you heal and use other buffing or debuffing abilities. And with attacks that won’t do much damage early, it could be quite hard to survive the tougher battles with the second lowest HP total of the five.

Black Mages are a stronger choice than the White at first, as they can dish out more of an offensive attack early. However, the lowest health starting health total of the five might be hard to overcome, especially if you are facing off against bosses. These two really are very viable job classes to switch to later in the game, but at the start, these are the two I would most avoid based on my time with the game.

That leaves us with the Knight, Monk, and Ranger classes to choose from now as the best starters. The class I personally stuck with the most in the early going was the Knight, as it offered a balanced attack that was hard to take down. The attacks may not have been quite as strong as the other two, but he was a beast that dominated most enemies early. When comparing the pros and cons of the three, that is still the one I would most recommend for beginners, but you could give the other two a try as well and see which you like best, as you can switch at anytime between quests.