The Garlean war-machine is ready for round two - are you? 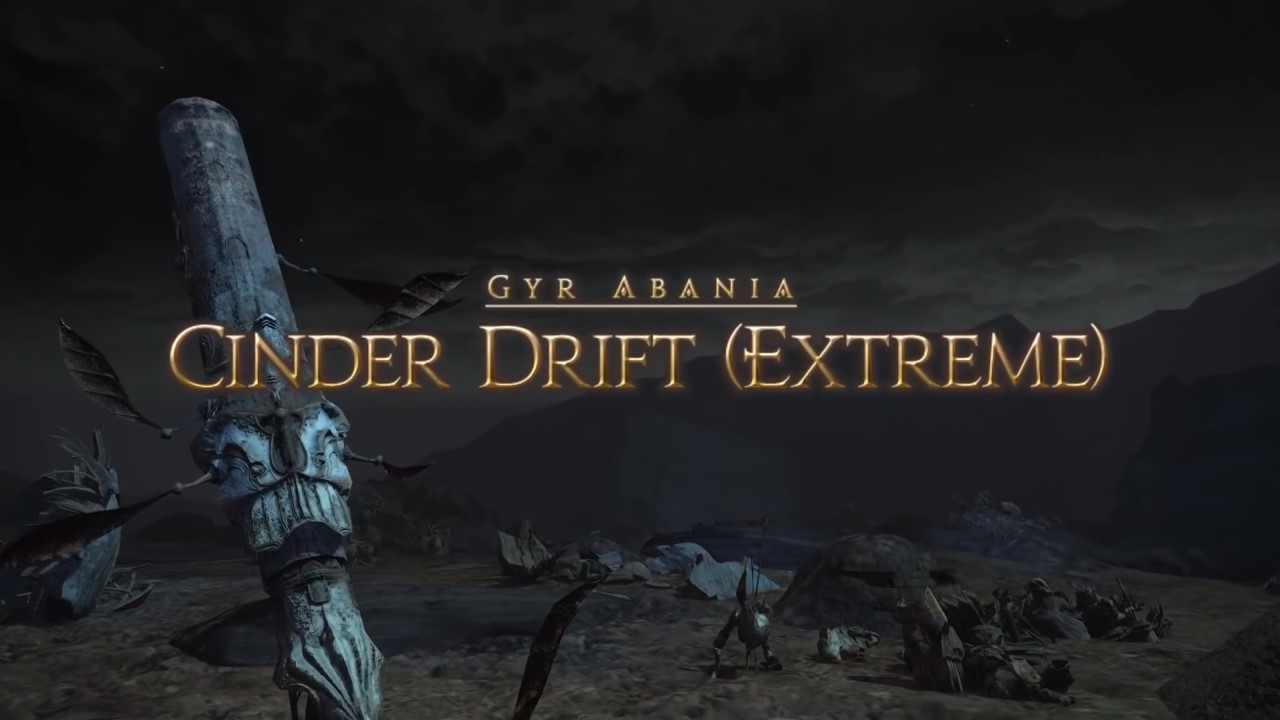 Ruby Weapon from Final Fantasy VII has found its way into Final Fantasy XIV with patch 5.2, and like previous trials it comes with an Extreme variant. It will take a coordinated team to take the Garlean weapon down, and this guide should help you figure out how to overcome the Cinder Drift Extreme trial. There are two phases to this fight, much like the Normal Cinder Drift encounter, but for the sake of brevity and clarity I will be breaking them down into two articles. This article is for Phase 1, though Phase 2 can be found here.

Ruby Weapon brings its full arsenal to the Cinder Drift Extreme fight, all with some additional tweaks. I’ll break down the general abilities first before going into the details, so feel free to skip ahead if you already know what everything does.

To start, Optimized Ultima remains, which is a raid-wide magical attack that is there to make healers sweat. Stamp is the tank buster that hits the main tank with a Blunt Resistance Down debuff, so tank-swapping after each Stamp will be mandatory.

Magitek Bits will spawn around the arena (four at a time) and shoot line AoEs (Magitek Ray) at random targets – much like traditional Ultima.

Flexiclaw still sees Ruby drilling its claws into the ground, and it will perform Helicoclaw, Ravensclaw, or a special Liquefaction that is followed up by Ravensflight (more on that below) determined by where you are at in the fight. Look for the claws digging into the center of the arena if you missed the cast.

Helicoclaw works similar to how it does in Normal: it will spawn three AoEs that follow the arced yellow line stemming from each, and is best avoided by standing at the edge between two of the AoEs, where the AoEs will rotate around and away from you. This attack goes off twice, so don’t run center after the first three deploy.

Ravensclaw will see Ruby Weapon create fissures in the arena that split off in both cardinal and intercardinal directions. Ruby will have an AoE around its hitbox go off during this attack, and will do a massive AoE at the end of each fissure. The trick here is to see which are long and which are short: the empty space behind a short fissure is a safe space so long as you hug the wall, and so is the middle of a long fissure (away from the end of a short fissure) . If you are unsure then keep an eye on the ground: it will shimmer with orange cracks and a bright spark will trace the fissures into the ground: the attack will go off where the sparks terminate and where the cracks are brightest.

Liquefaction and Undermine work similar in concept as their Normal counterparts. Get on the fissures when quicksand appears during Liquefaction, and get off of them if Undermine is cast. Liquefaction will kill you after six seconds if you don’t reach dry ground, and Undermine will deal damage and inflict you with burn. The biggest difference here is that Undermine sticks around for a while, segmenting the arena. There is a special Liquefaction phase without fissures, but it works in tandem with the Ravensflight mechanic.

Ruby Sphere follows Ravensclaw, and it will drop three smaller persistent AoEs on everyone. These AoEs last roughly 15 seconds, and will explode if someone ventures into one. Player positioning is key.

Ravensflight is like the charge from Normal where Ruby darted across the arena, but now you have to contend with Liquefaction and a cleave. You will start this attack in the center of the arena, where Liquefaction is not present and avoid three dashes. After that Ruby will extend the claws on one hand that will hit anyone caught on that side of its body. After the first dash with its claws Liquefaction will swap from the outside of the arena to the inside, necessitating a rapid sprint towards the outer edge of the arena, all while avoiding Ruby’s dash and cleave. There will be arrows on the ground to indicate Ruby’s path, and an icon for both its claw and the quicksand swap on an arrow apiece.

Ruby Dynamics sees Ruby dash to a cardinal point and cast a donut AoE around it (I.E. safe space is within Ruby’s hitbox). Fall on Ruby’s position when this occurs. Paired with stack Homing Lasers.

Homing Lasers come in two flavors: stack or split. If it’s the stack variant then healers will be targeted, and everyone needs to stack on a marker (preferably four players per, including the target) within Ruby’s hitbox. Split will see AoE markers above everyone’s skulls, so spread out to avoid clipping each other. The split phase occurs alongside Cut and Run.

Cut and Run has Ruby slashing up the center of the arena from one end to the opposite, and its attack arc is directly in front and to the side of it in a large cone. Standing parallel to its path while hugging the wall will see you through, and be sure to not drop Homing Lasers on other players. This will be followed up by two Magitek Charges, which are room wide AoEs you need to distance yourself from – falling back where Ruby started Cut and Run is optimal.

Ruby Ray is a big ole’ conal AoE blasted in front of Ruby Weapon, so get behind it or to its sides. 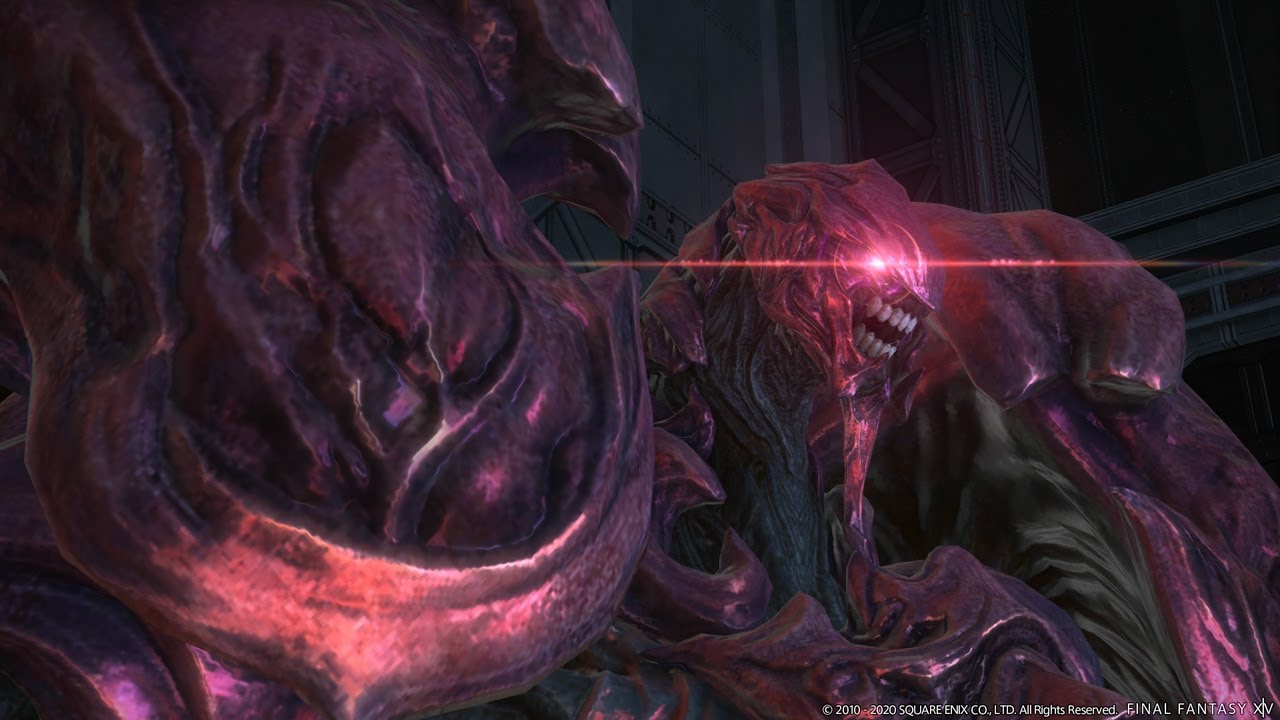 So, let’s break those attacks down into a sensible timeline:

On to the actual Ruby Weapon Extreme strategy for Phase 1. To start, mark the arena with 8 waypoints in each of the cardinal and intercardinal directions, and assign them to a player. Preferable keep the tanks towards the North, and healers split between the Eastern and Western edges to ensure no one is out of range of heals. These waypoints will help your team handle the Ruby Sphere AoEs during Ravensclaw, and sides for Cut and Run (these will also be needed for Phase 2).

Ruby will cast Stamp and tanks will need to swap. Ravensclaw will follow a quick Flexiclaw, so everyone will need to head towards their assigned waypoint when Flexiclaw appears. From here watch the fissures that erupt from the earth, and do not stand in the middle. If you are on a long fissure stand in the center of it. If you are on a short fissure hug the wall directly behind it. Once the AoE goes off watch out for either Liquefaction or Undermine to trigger. You will need to handle three Ruby Spheres during either, and to do so you will need to:

After, Ruby will cast Ruby Ray, so get behind the boss to avoid the attack, avoiding any lingering Ruby Spheres. At this point Ruby will cast an Optimized Ultima, followed by a Flexiclaw that will lead into Liquefaction/Ravensclaw. Everyone needs to stack in the center. Ruby will bolt to the northern edge of the arena. Arrows will appear on the ground, and the first dash will end in the center of the arena. Head to the southern edge of the safe area to avoid this dash. Ruby will then dash from the center towards the outside edge, then to the claw marker. Watch which claw it extends: that’s the side you need to avoid.

Ruby will once again dash across the center, so go to the side of the safe area that the claw is not facing. Ruby will swap the quicksand at this point, and you and your team must now dash across towards the outside of the arena on the side the claw is not facing during its final dash. Use the waypoints to call out the safe location everyone can sprint to. This visual representation by Lyra Rose will give you a better idea how this works.

Ravensclaw will be followed by an Optimized Ultima and a Stamp, so mitigate and heal through the Ultima, and tank-swap after Stamp. After, Ruby will dash to a random cardinal direction for Ruby Dynamics. Everyone needs to collapse on the boss to avoid the AoE, and to mitigate the stack version of Homing Lasers. Have everyone stack with the players assigned to their side of the map. Once Homing Lasers go off Ruby will prepare Cut and Run, so have everyone split off either to the left or right of the boss, based on the side they started the fight in. Everyone will have to stay somewhat apart to avoid dropping a split Homing Laser on another player, but be sure to hug the outside wall as close to the middle as able (get as much distance between you and Ruby as possible).

Once Cut and Run is over fall back on either the side Ruby finished the attack on or started it at to reduce the damage received from the room-wide Magitek Charge AoEs. Dodge the Ruby Ray that follows after, and have the healers top everyone off for Optimized Ultima. Ruby will cast Ravensclaw again, so fall back to your waypoint and locate the safe space determined by whether you have a long fissure or a short one. Liquefaction or Undermine will follow – whichever one did not go off during the first Ravensclaw – so follow the requisite tip from the first Ravensclaw above. Remember to drop Ruby Spheres while working towards the center and to not drop them on anyone else.

Ruby will either cast one more Ruby Ray and Optimized Ultima before entering enrage, or will enrage immediately if below 5% health. Ruby will cast a slower Optimized Ultima that will wipe the group if it goes off, so burn the boss down as quickly as possible.

Congrats on clearing Phase 1 of Cinder Drift: Ruby Weapon Extreme, but there is one more phase to go. Grab a drink, and follow me to the second part of this guide series, where I will detail how to defeat the Nael van Darnus portion of the fight.