A choice between two styles is offered upon completion. 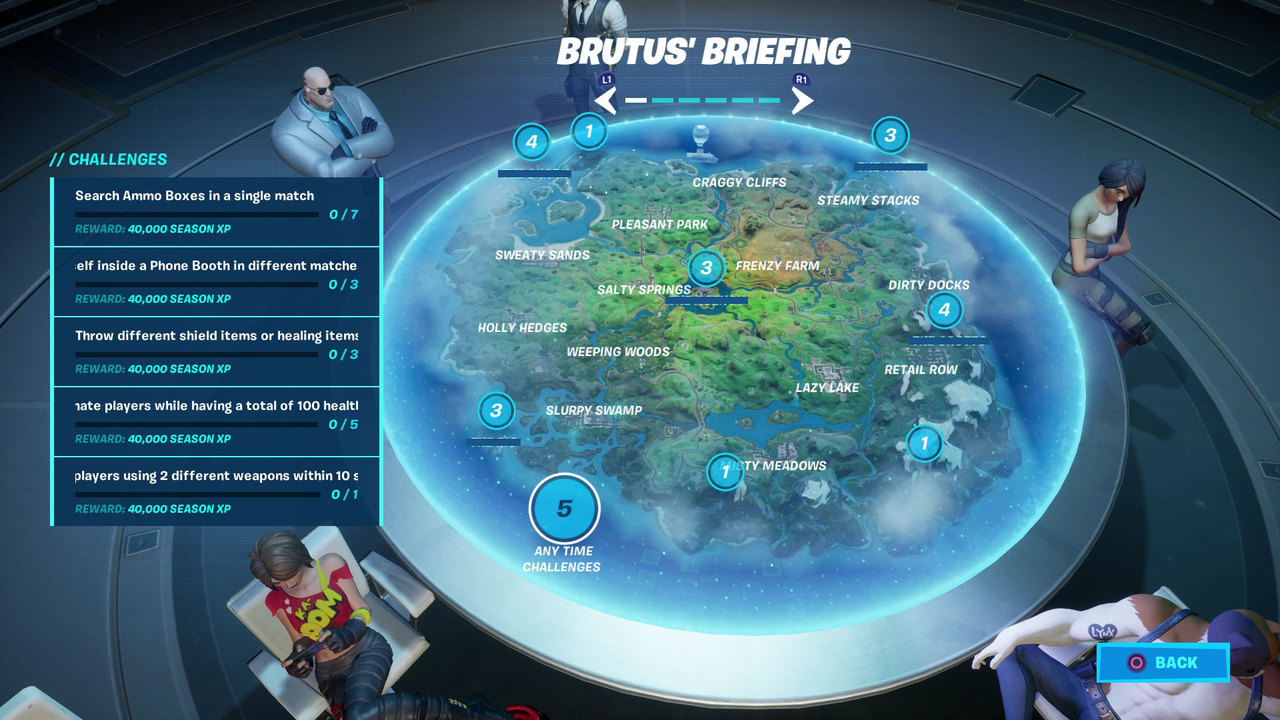 To find these challenges, navigate to the Battle Pass tab of the main menu. Select the Challenge Table and Brutus’ Briefing should be the first thing to appear. These are all the challenges needed to unlock either the Ghost or Shadow style for Brutus.

There are a few challenges to complete during week 1, but none of them are too difficult to complete.

These challenges won’t officially become available until the latest update drops on February 27, but we already know what they are thanks to a leak from FortTory on Twitter.

How to Unlock Ghost or Shadow Style for Brutus

Keep in mind that you don’t have to do every challenge listed above. You only need to complete 18 Brutus’ Briefing challenges in order to get the styles. After reaching Level 20 of the Battle Pass and finishing the necessary challenges, select Brutus in the Agents menu and you’ll be given a choice.

Choosing Shadow or Ghost will declassify the final mission you need to do to earn the style, but you can only choose one. Give it some thought and choose wisely. It’s a permanent choice, and you’ll be locked out of the other style for good. You’ll also have to make the same choice for the other agents later in the Season as well.