The End is here. 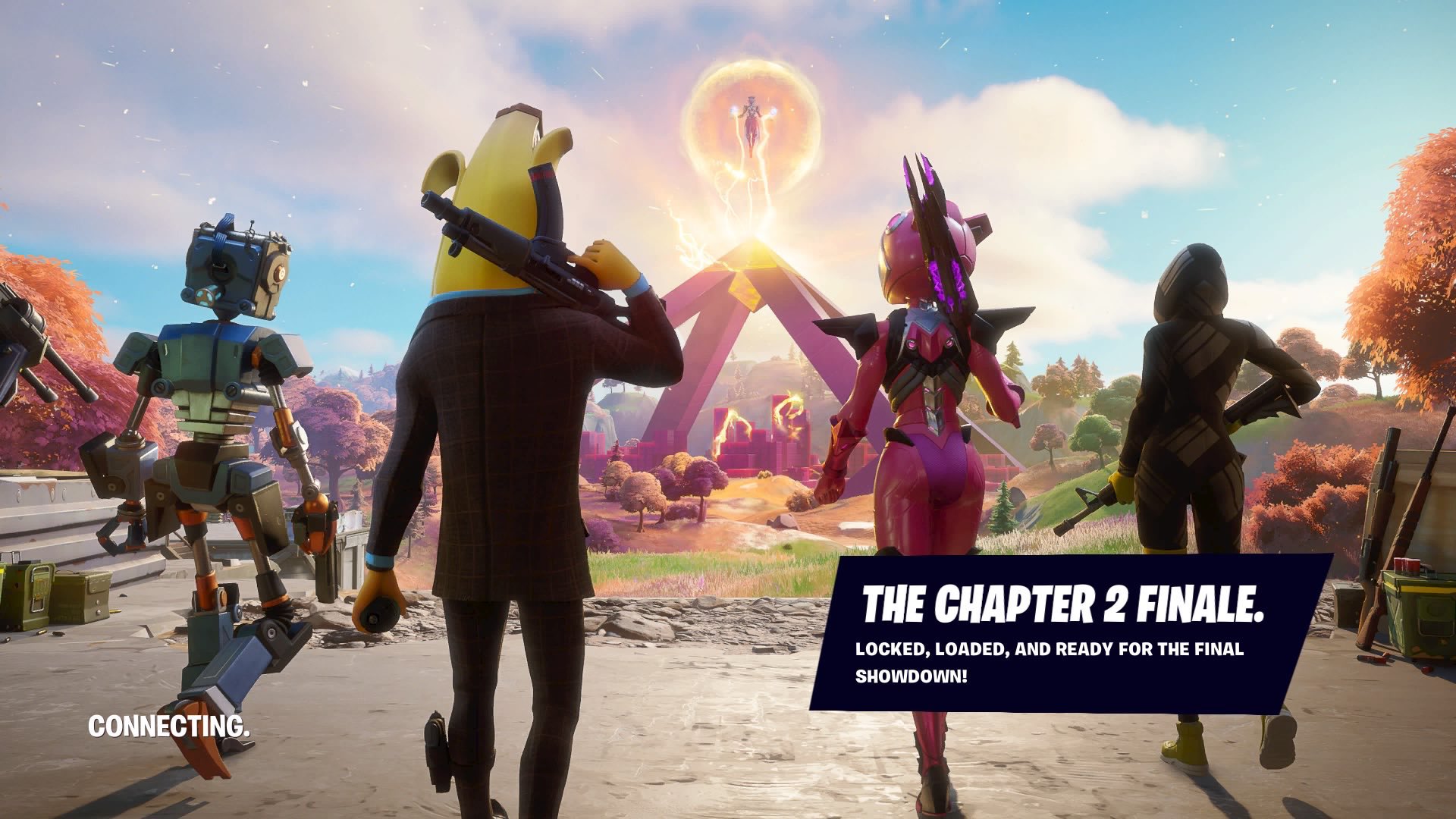 The End is near. Fortnite Chapter 2 is coming to a close and Epic has some big plans for the upcoming Chapter 3 as well as the Fortnite Season 8 live event. Epic Games have already decided to ditch seasons nine and X, ushering us into a new chapter, which might change the game as we know it. Now, the official countdown timer is live in-game and Epic, after several leaks, has officially announced the Fortnite Season 8 live event, which could easily be one of the biggest players have seen. Here’s everything you should know about the Fortnite Chapter 2 finale countdown, event time, and more.

​The countdown timer is live in the game, marking the beginning of the end. The timer is counting down to the final live event in Chapter 2, which will occur in around 10 days. If you do the math, this sets the live event on December 4 at 4:00 PM EST and indicates Chapter 3 will start on December 5. As always, you can queue for the event up to thirty minutes before the event begins.

​The Fortnite Chapter 2 Season 8 Live Event is dubbed as “The End,” and as per Epic, “with The Convergence complete, The Cube Queen prepares her endgame for the Island and nothing will ever be the same. Grab your weapons and fight the ultimate destroyer of all reality. Join ‘The End’, a one-time only in-game event and battle for your legacy.”

​Leakers have shared some vital information about the upcoming Fortnite Chapter 2 live event and what players can expect during the finale. Fortnite leaker iFireMonkey, in his tweet, states that The Foundation will make a re-entry and have some role during the event. The leakers also mention that the Last Reality can kill us all during the event.

Known Info:
– Event Name "The End"
– "Night Night" Screen/To Be Continued Screen
– Season Ends on a Sunday
– Foundation Voice Lines
– The Last Reality can eliminate us during the event

​That’s not all. If you boot up Fortnite now, you will be awarded a whopping 225K XP. iFireMonkey also suggests that a complimentary wrap and loading screen will be presented to players who help defeat the Cube Queen. However, the files are encrypted, so we will have to wait until the live event to find out. There will also be a 16 member party and it seems as if players will need to fend off Cube Monsters in a Save the World-style event.

​There are a ton of leaks surrounding Fortnite Chapter 3, starting with a new map. As customary, every Chapter adds a new map and the upcoming Chapter will be no different. Numerous leaks say that the new map will be named the Artemis and around 30% of the map will be submerged in water.

Leaked Chapter 3 Changes:
A smart build mode (Build more then 1 build per click)
A revamped Arena scoring!
Chapter 3 leaked map(Not %100 right)
About 30% of the map will be covered in water

​There are even leaks of Epic working on a new weapon. As per HYPEX, the said weapon “sounds like a buffed FlintKnock.” The leaker also shared some stats of the weapon in their tweet.

Sliding mechanics will be added to Fortnite Chapter 3, significantly adding to mobility and enabling players to rotate with ease. Currently, there is just one “official” teaser from Epic Games.