Fortnite – How to Get Captain America Skin and Shield

Just in time for the fourth of July. 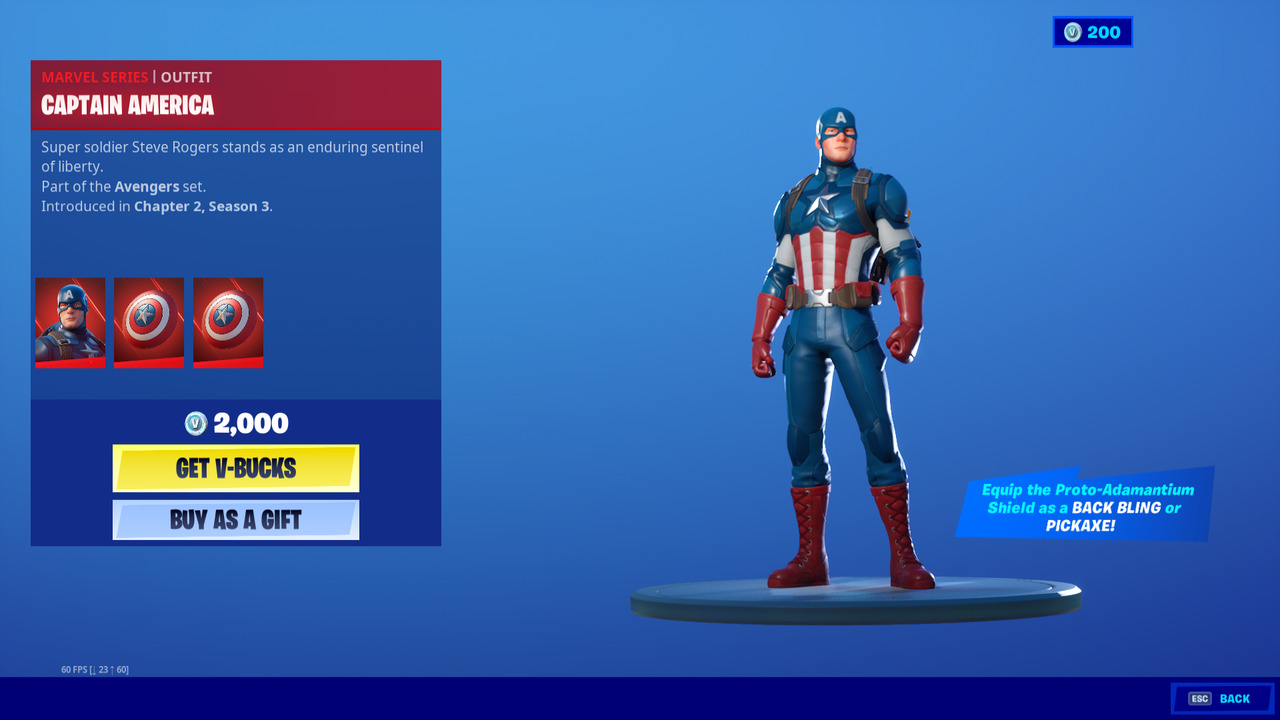 Captain America is now available in Fortnite just in time for Independence Day, bringing the patriotic super-soldier to the free-to-play battle royale game for the first time. While Marvel’s superheroes are no stranger to Fortnite, this is the first time Steve Rogers himself has been made available as a playable skin for players to purchase. Previous Marvel skins include Star-Lord and Black Widow, both of which were added to the game for a limited time to promote Avengers: Endgame. Now, Captain America and his iconic shield are available in the Fortnite item shop for a limited time. This is how to get Captain America in Fortnite.

How to Get Captain America in Fortnite 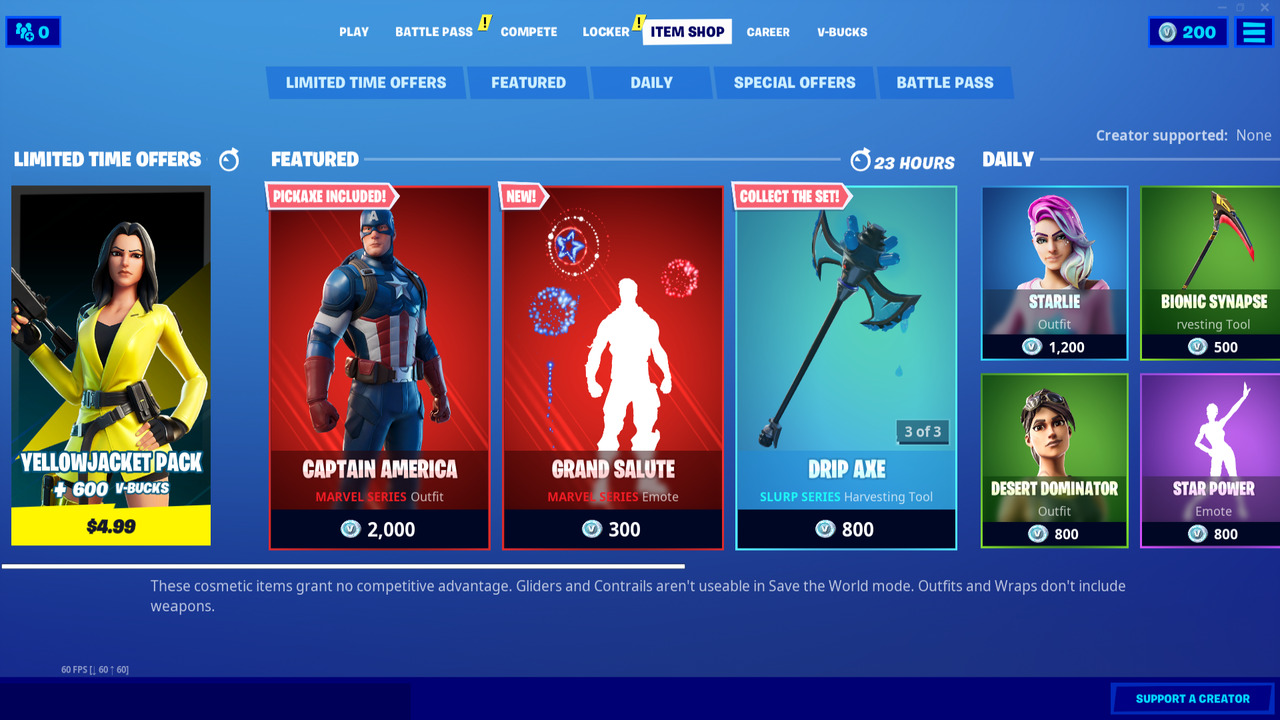 Also newly added for sale in the item shop is the Grand Salute emote, which is much cheaper than the skin and shield. Priced at 300 V-Bucks, the emote is a patriotic salute that spawns fireworks behind your character, some of which resemble Captain America’s shield. It’s a part of the Marvel Series of cosmetics just like Captain America, Star-Lord, and Black Widow, so grab it before it leaves the shop to complete your collection.

Fortnite Chapter 2 Season 3 is well underway, and DC fans don’t have to be left out of the fun, as Aquaman is included with the current Battle Pass. Other aquatic activities have been added to the game due to the map flooding as a result of the Doomsday Event, including rideable Loot Sharks. Players can also customize their own personal umbrella during Season 3. Fortnite Save the World will also be leaving Early Acess soon, and Battle Royale items will eventually stop carrying over to the PvE mode.