Fortnite Icy Grappler Location: How to Get the Exotic Weapon and What It Does

Christmas is coming early to Fortnite with the Icy Grappler. 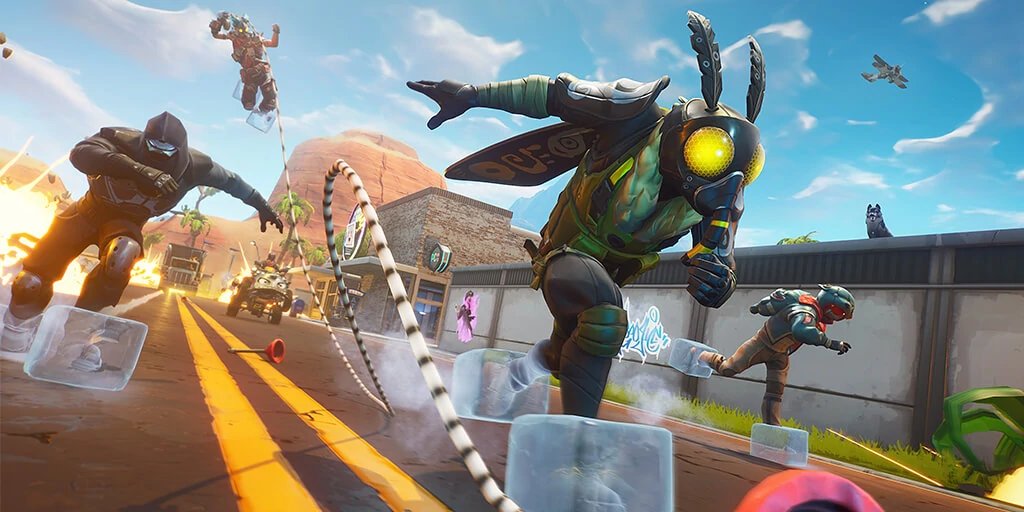 The Icy Grappler is a new gun added to Fortnite Chapter 2 Season 8, allowing players some icy mobility. Icy Grappler can be considered an iced version of the original Grappler, introduced to the game in Chapter 2 Season 5. The gun is slated to arrive with the Fortnite v18.30 hotfix and will help in cutting down some travel time. The Icy Grappler in Fortnite Season 8 is more of a mobility item and players can utilize it to pull themselves forward to travel both vertical and horizontal distances.

Where to Find the Icy Grappler in Fortnite Season 8

​According to data available from leakers and data miners, the Icy Grappler can be bought from Fabio Sparklmane for 300 gold bars. The magical unicorn is currently stationed at Apres Skies, located southwest of Misty Meadows. This new mobility weapon is similar to the Grappler, but the Ice Grappler’s “frosty” effect will let players go sliding around the map. In a tweet, Fortnite’s well-known leaker HYPEX shared some exciting information about the Icy Grappler in Fortnite Season 8. Take a look at his tweet below.

More info on the upcoming "Icy Grappler" item, it does no damage but it can be used for fast mobility.

When you equip it, it will give you a frozen feet effect and an increased speed when you grapple with it and slide, and a slight camera shake effect when you're sliding. pic.twitter.com/sscXHSKYwt

​As per the leaker, the Icy Grappler won’t do any damage and after equipping the item, players will notice a “frozen feet effect.” This effect will give players some sort of speed boost once it is employed to grapple with targets. To make the experience even more immersive, players will experience “a slight camera shake effect” while sliding around. While all of this sounds “cool,” the Icy Grappler in Fortnite Season 8 has some downsides as well.

​Once your feet are frozen, you will lose directional control to some extent. This means that moving left or right or traversing a slope or rotating uphill will become problematic. Leakers have also presented us with some stats about the new item. As per the leaks, the Icy Grappler will come with a magazine size and fire rate of 1. It will take 1.26 seconds for the gun to reload and be used again. However, keep in mind that Epic can and might change these stats when the gun officially gets added to Season 8.

Home / GAME GUIDES / Fortnite Icy Grappler Location: How to Get the Exotic Weapon and What It Does