This frosty knight is an elegant murder-machine. Eula is the latest 5-star character to debut in Genshin Impact, and the second of two new characters introduced in Version 1.5. Also known as the “Spindrift Knight,” Eula is the Captain of the Knights of Favonius Reconnaissance Company, though some believe she is merely infiltrating the Knight’s ranks for revenge. Why? Well, her family – the formerly noble Lawrence clan – may or may not have been a right group of bastards. Regardless of Eula’s motives, she eagerly hunts down the foes of Mondstadt with her claymore and Cryo vision.

Below are listed Eula’s full set of attacks and abilities, her passive talents, constellations, and finally all of her ascension and talent material requirements. The full build guide for Eula follows her constellations so we can better reference her abilities and passives. If you’d rather skip to the build guide just scroll down until you reach her character trailer.

If you’d like to see a full list of stats – such as damage numbers, percentages, etc. – check out Honey Hunter World, which was used as a source for this guide. You can find guides for other characters by following the link here to our complete Genshin Impact character list.

As you may have no doubt noticed, Eula is a burst DPS dealer in Genshin Impact since her Lightfall Swords generate quite a bit of damage, alongside her Cryo pulses. She needs to remain on the field to gain as many stacks as possible for those Lighfall Swords, otherwise they’ll explode the second you swap her out.

That means you’ll want to bolster her Attack damage and Crit stats, though Energy Recharge is not terrible on her since she is can push a healthy amount of Super-Conduit reactions when paired with an Electro character (you’ll simply want to prioritize boosting her Physical damage first and foremost).

Eula has a claymore custom-made for her, The Song of Broken Pines. You know what that means: it’s also a 5-star, so you’ll have to gamble on the Weapon Banner. That’s not ideal for most travelers out there keen on saving money, so unless you have deep pockets and infinite patience you’ll want to look into an alternative. Thankfully there are a couple of claymores that are “easier” to obtain.

The Serpent Spine is a solid 4-star claymore that synergizes well with Eula’s kit, and it’s available as a Battle Pass reward. Yes, that means you’ll need to grind up the pass to at least rank 30 to grab this weapon, but that beats praying to the Wish gods (alternatively, you could pay to advance the pass to rank 30, but I’m more of a mind to grind).

The Snow-tombed Silverstar 4-star claymore combos well with Eula’s Cryo damage, dealing Attack damage to enemies afflicted by the element. The best part about this claymore? It’s easily obtainable from playing the game, and we have a guide on how to grab one here. It may not be Eula’s best weapon in Genshin Impact, but you can get your hands on it within a reasonable amount of time, and it will do work until you grab either the Serpent Spine or Song of Broken Pines.

Finally, if you are sitting on a Prototype Archaic (4-star) or grabbed a Skyward Pride (5-star) whilst trying to pull the Song of Broken Pines those will work well with Eula’s kit. You’ll still want to aim for either the Song of Broken Pines, Serpent Spine, or Snow-tombed Silverstar over these (except the Skyward Pride; use it over the 4-stars), but your Eula will certainly excel with either of those two claymores if they are all you currently have.

Eula may be a Cryo character, but she benefits the most from boosts to her Physical damage and regular Attack. Because of this you’ll want to grab the new Pale Flame artifact set from Ridge Watch. If you have any Bloodstained Chivalry or Gladiator’s Finale lying around these two sets will work well until you can farm up an ideal set of Pale Flame.

The stats you want to prioritize for your Eula build in Genshin Impact are Attack/Attack Percentage, Crit Rate, Crit Hit, and lastly Energy Recharge. 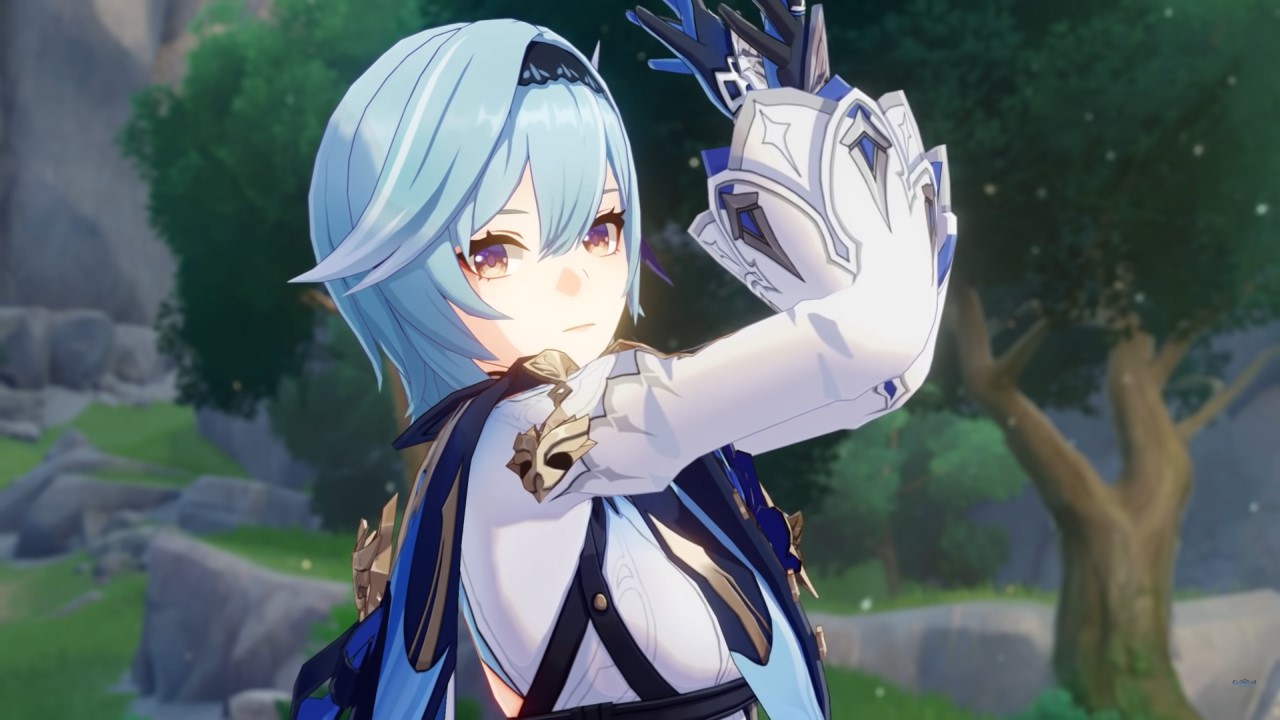