Find all eight to collect a powerful new 4-star claymore. 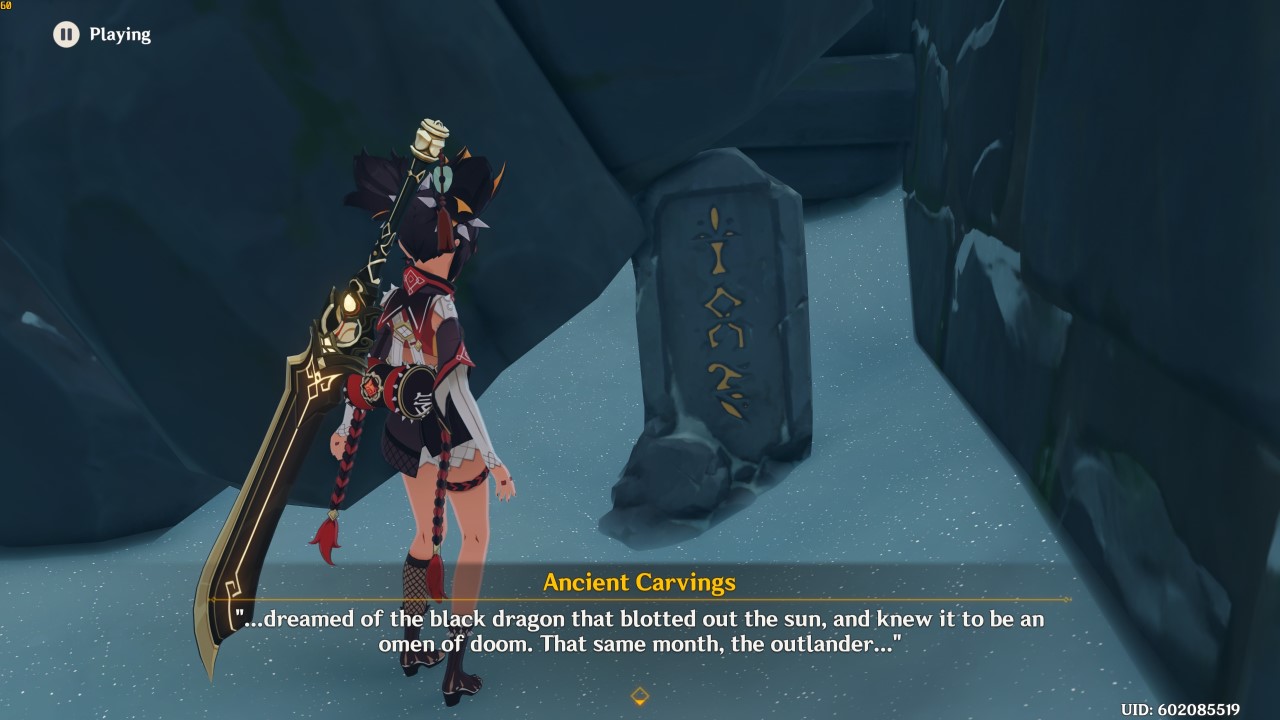 Scattered across Dragonspine in Genshin Impact are Ancient Carvings, and interacting with them will lead you to the Snow-Tombed Starsilver claymore. This powerful 4-star is worth adding to your arsenal, and it won’t take you long to hunt down all 8 of the Ancient Carvings in Dragonspine. You’ll have to face some deadly enemies, and solve a couple of simple puzzles, but you can easily find all eight in less than an hour.

Ancient Carvings unlock a sealed door below the Statue of the Seven, which leads to the Snow-Tombed Starsilver.

Below the Statue of the Seven in Dragonspine is a path that leads deeper into the mountain, and within is the first Ancient Carving and a sealed door. Interacting with the carving will illuminate a rune on the wall, and from here you’ll need to find and interact with the other seven Ancient Carvings to open the door. Each will look like the one found in this chamber (and in the screenshot above). Below is a map with each Ancient Carving in Genshin Impact pinned (the banner with an exclamation mark). 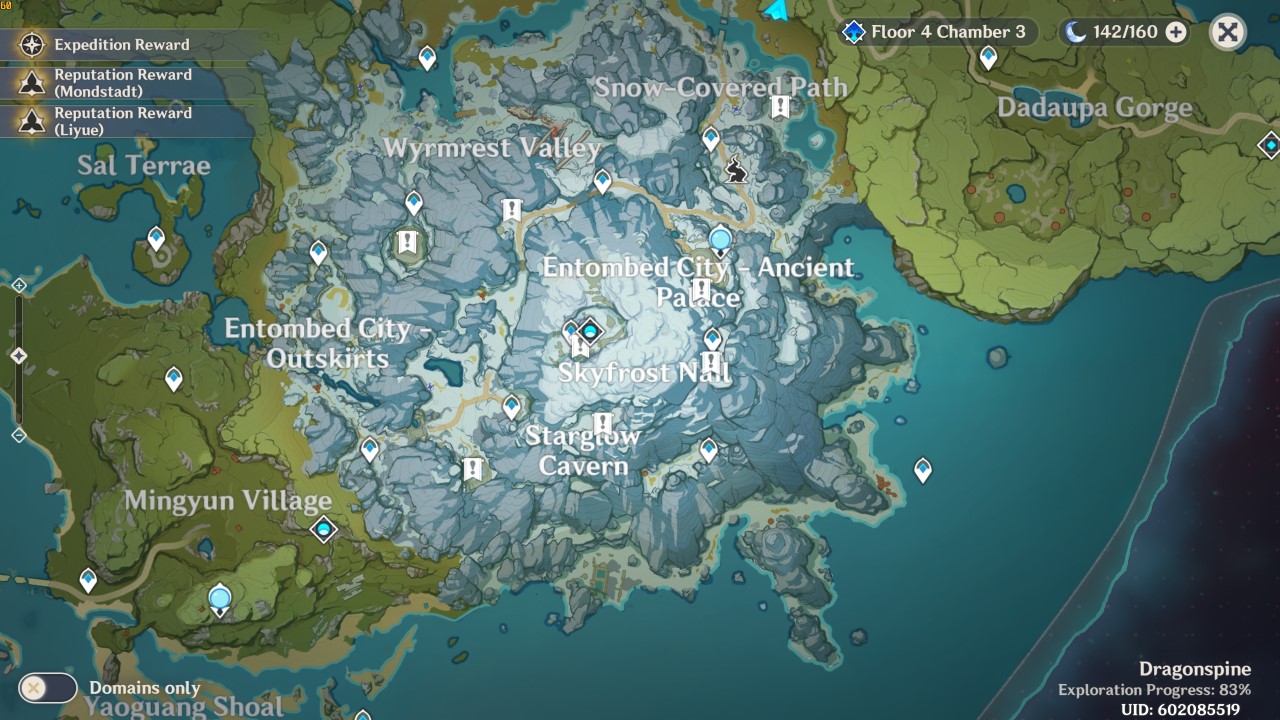 There’s only one Ancient Carving that will give you grief in Dragonspine, and will ultimately slow-down your journey to acquire the Snow-Tombed Starsilver claymore. At the top of Dragonspine rests an Ancient Carving, but you cannot access the peak until you’ve interacted with three orbs frozen in permafrost. You’ll find the first one easily enough: it’s the object you interact with after using four Scarlet Quartz to melt the permafrost blocking the Frostbearing Tree in the Snow-Covered Path. The other two orbs are found in a similar manner, one at the bottom of the Starglow Cavern, and one just south of the waypoint in Wyrmrest Valley (there is an Ancient Carving marked on the map at this location).

Once you’ve interacted with all 8 Ancient Carvings return to the Statue of the Seven in Dragonspine and head down to the sealed door. You’ll find the switch that was once sealed can be used, and it will open the door. Inside you will find a chest containing a Crimson Agate, but the sword won’t be within. To collect the Snow-Tombed Starsilver claymore you will need to light the four torches in each corner of the room. Once you have done so a short cutscene will play and the claymore will appear in the center of the room. Interact with it to collect it and add it to your ever expanding arsenal of weapons in Genshin Impact.