Genshin Impact – How to Get More Wishes How to Get Wishes in Genshin Impact

Wishes can be purchased with Intertwined Fates and Acquaint Fates. Each Fate is used for certain types of Wishes, and you can buy them both in the shop for 160 Primogems each. You can earn Primogems through normal gameplay. Everything in Genshin Impact rewards Primogems, from completing challenges to finishing quests, so you should be able to stock up just by playing the game. If you’re short on Primogems, you can purchase Genesis Crystals for real-world money and then spend those to get more. One Genesis Crystal will get you one Primogem, so you’re basically just buying Primogems with extra steps.

How to Get Acquaint Fates and Intertwined Fates

Acquaint Fates and Intertwined Fates are used for different types of Wishes. The only way to get these Fates is to purchase them in the shop, but there are a ton of currencies to sort through if you want to buy some. 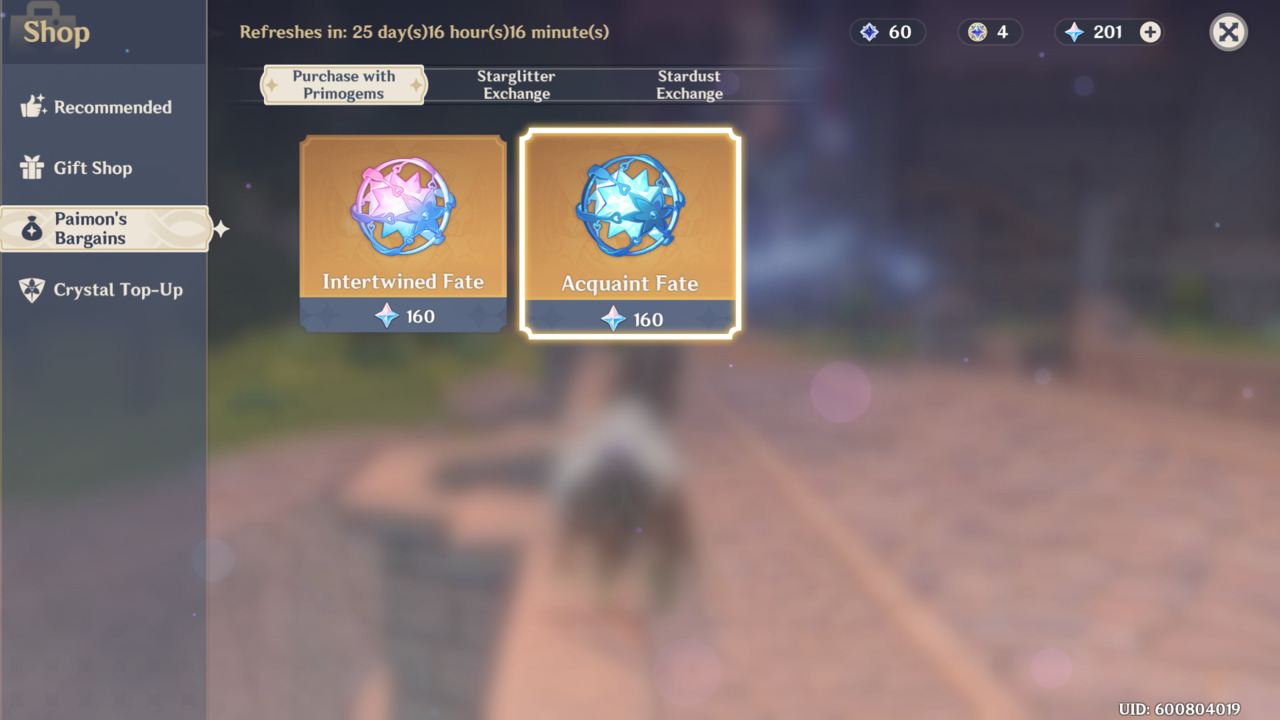 You can spend your hard-earned Primogems for a Fate of any type, which will let you make one Wish. If you’re short on Primogems, you can buy Genesis Crystals with real-world money and trade those for Primogems at a 1:1 ratio.

Wishes award Masterless Stardust and Starglitter no matter what you get, and you can exchange these for more Fates in the shop. Stardust is more common, but you’re limited to 5 of each Fate type per month if you buy them that way. One Fate costs only 5 Starglitter, but this currency is a bit harder to come by. It will take a while to earn more Fates in Genshin Impact by just playing the game. If you want to speed up the process, you can always pay for Wishes outright with real-world money, but you can still scrounge up enough Primogems through questing if you put in some hours.

Genshin Impact is available now for PC, PS4, and mobile devices. A Nintendo Switch version is coming at a later date.

Home / Game Guides / Genshin Impact – How to Get More Wishes