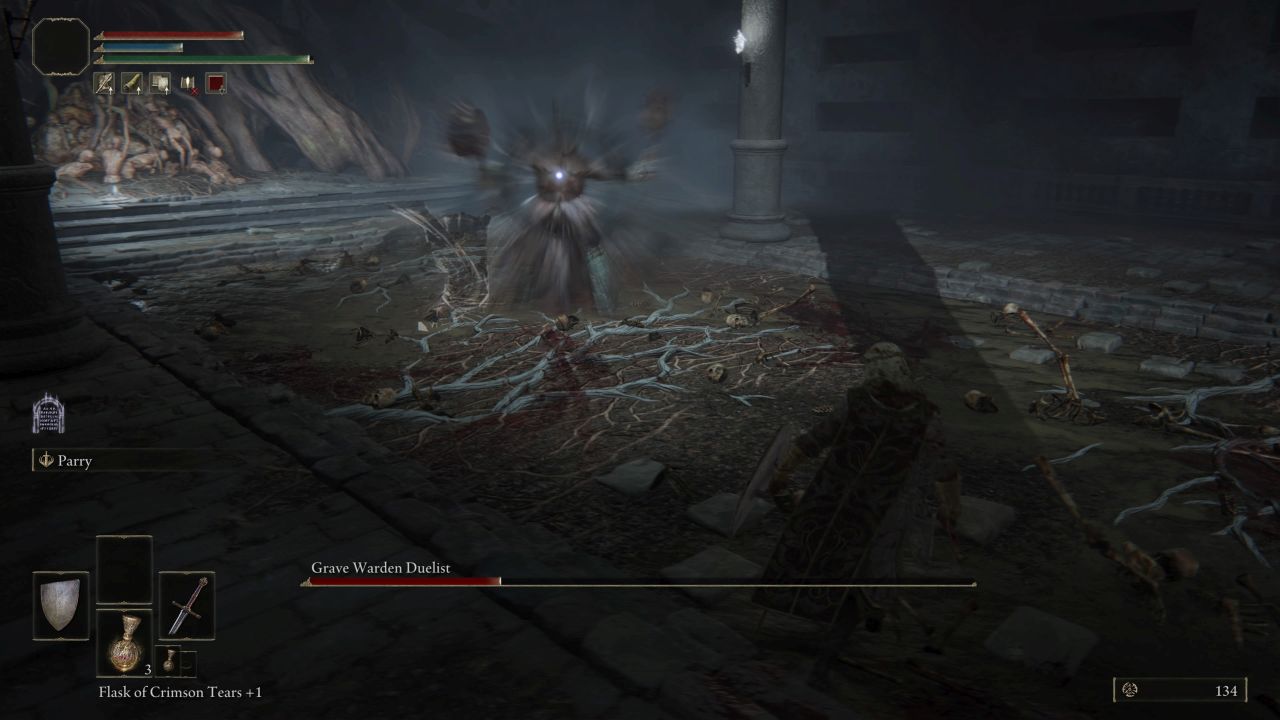 There are a handful of small dungeons that are off the beaten path in the Lands Between. Good rewards come to those who do explore, battling formidable foes and taking many names under their belts. In the case of finding these catacombs in the first area, you will come across the Murkwater Catacombs, similar to the Stormfoot Catacombs, but this houses a tough boss at the end. Here is how to beat the Grave Warden Duelist in Elden Ring.

How to defeat the Grave Warden Duelist in Elden Ring

A few things to note here, this boss is very agile despite being very bulky and using hammers as weapons. Looks can be deceiving. So take note of that if you are more accustomed to blocking. Try utilizing parrying if your timing is good. Since he uses hammers, they can be devastating to your stamina after a block.

While he’s very agile and aggressive, his attack patterns can be easily boiled down to his flurry attacks that come in threes. He’ll use this in the first half of the fight. However, as the fight rages on, he’ll start doing sweeping attacks and jump slam moves that cover more distance. Make sure to use proper spacing if you’re on the heavier side. He’ll oftentimes be left vulnerable from his backside due to the weight of his hammers.

As you get into the second phase, below 50% health, he’ll start to become enraged and use vertical slam moves where he can pull you in and use the chains on his wrists to extend the reach of his hammers.

Most of his moves can actually be dodged entirely by rolling inward towards him. This is the most effective strategy since he leaves himself wide open after his flurry of attacks. It’ll also give you a possible window of performing a backstab, increasing your damage output.