You should beat this before taking on the Tree Sentinel... 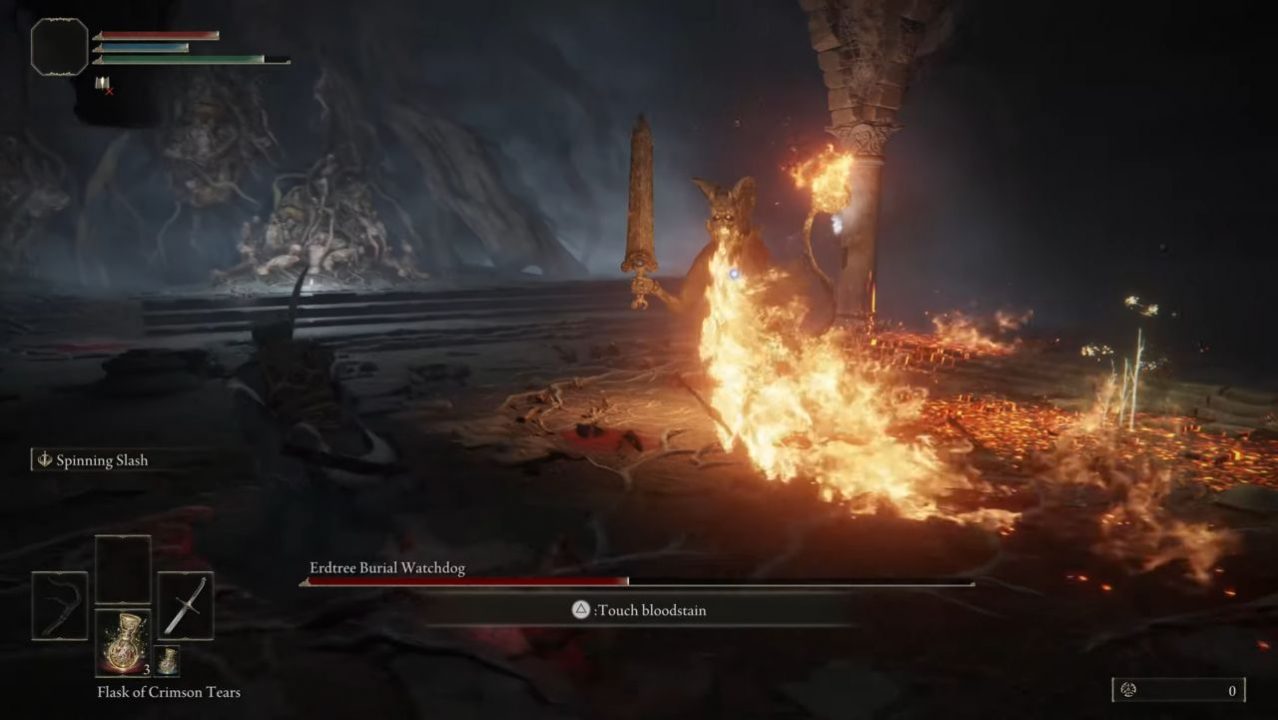 With Elden Ring straying away from the linearity that many have grown used to in FromSoftware titles, this presents you with bosses that await you off the beaten path. Early in the game, you’ll encounter great foes like the Tree Sentinel who can prove to show how unforgiving these types of games can be. In the Stormfoot Catacombs, you’ll come across a boss called the Erdtree Burial Watchdog who can also knock you off your rhythm in Elden Ring. Here is how you can beat this boss.

How to beat the Erdtree Burial Watchdog in Elden Ring

Once you have traversed this mini-dungeon with all the annoying Goblins, this is the boss at the end. It’s a formidable foe to newer players because of its stiff attack patterns, but that’s where you have to exploit its obvious weakness.

The Watchdog has a set of slow attacks, but they all hit very hard. Depending on which class you chose, you’ll have to attack it differently.

If you chose a class that’s more on the heavy side, your dodge rolls will only help if not used in succession. Focus your attacks when the boss does its weird, vertical jump slam attacks. These can be easily dodged left or right since the attack is very linear. It’ll also perform this about three times before doing something else. Each slam opens up the Erdtree Watchdog to a few back hits.

When it isn’t performing the slam attacks, keep your distance as it’ll perform a lunge move that gives it a clear opening for attack. Its sword attacks are slow, so capitalize there, for both heavy and faster classes. The name of the game is to mostly keep your distance until it whiffs one of its attacks, putting you in an advantageous state.

Finally, you should never be behind it too much since it can slam you with its fiery tail whip or perform a back sweep with its tail or sword. Unless your timing is impeccable, you can also perform a jump to dodge those sweeps.