Halo Infinite's first event is coming sooner than you may expect. 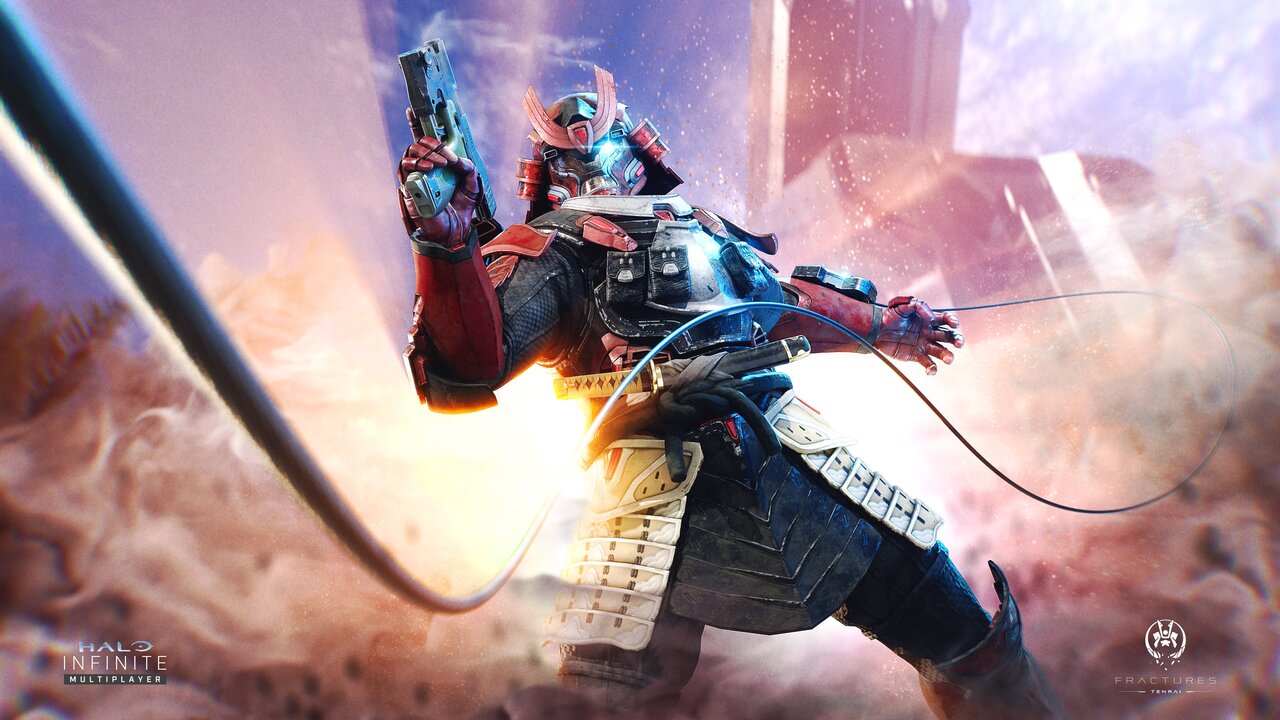 Halo Infinite multiplayer is already being enjoyed by thousands upon thousands of players ahead of the game’s official launch on December 8, but there are already more things planned for the game before the campaign releases. Halo Infinite‘s first event, titled Fracture: Tenrai, will kick off soon, allowing players to earn several unique Samurai cosmetics and armor pieces for their Spartans. There’s a lot to look forward to, and the event is coming sooner than you’d think. Here’s everything you need to know about the Fracture: Tenrai event in Halo Infinite.

The Fracture: Tenrai event will begin on November 23 and will run for one week through November 30. This event is free for all Halo Infinite players, so everyone across PC, Xbox One, and Xbox Series X|S will be able to participate and earn free rewards.

The main focus of the event is the Yoroi Samurai armor core, which is clearly inspired by previous fan-favorite Halo armor designs like the Hayabusa armor set from Halo 3. Players will be able to unlock this armor core just by playing the game during the event. There will be a limited-time Event Pass, and the Yoroi armor core will most likely be the final reward on the pass.

Season 1 will last until May 2022. Along the way #HaloInfinite will have multiple in-game events with their own rewards and activities!

The Event Pass is the main highlight of the Fracture: Tenrai event. All of the event’s rewards will be unlocked via the Event Pass. It functions just like the standard Battle Pass, granting experience and tiers to players who complete matches and challenges. It won’t be as long as the normal Battle Pass since the event will only last for one week, but there will still be a considerable amount of rewards on it.

343 hasn’t revealed exactly what will be featured in the Event Pass yet, but the event is coming up so soon that players are likely to find out over the next few days. 343 promises that there will be plenty of “samurai-themed armor pieces and other customization items.” There will also be premium cosmetics in the in-game store during the event as well.

The Fracture: Tenrai event will feature a special event playlist while it is live. This playlist will include a mixture of the game’s existing maps and modes, so don’t expect any new content when the event rolls around. 343 hasn’t shared many details about what the event playlist will entail, but stay tuned as more information is likely to be revealed in the coming days.

The event playlist will most likely be the main means of leveling up the Event Pass, however, so you’ll get very familiar with it throughout the duration of the event if you want to earn all of the rewards.

When Will the Fracture: Tenrai Event Return?

The Fracture: Tenrai event is not a one-time ordeal, so you don’t have to feel bad if you miss out on the festivities the first time around. According to 343, the event will return multiple times throughout Season 1 of Halo Infinite, meaning it’ll cycle in and out of the game until the season ends in May.

All progression and unlocks will carry over, so you don’t have to complete the Event Pass during the first week of the event. You can take your time and get your hands on the Yoroi armor later down the line. 343 hasn’t shared any information about the Fracture: Tenrai event schedule going forward, but more details will be revealed after Halo Infinite’s full release on December 8.

Halo Infinite Multiplayer is available now on PC, Xbox One, and Xbox Series X|S. The full release and campaign will be available on December 8, 2021.