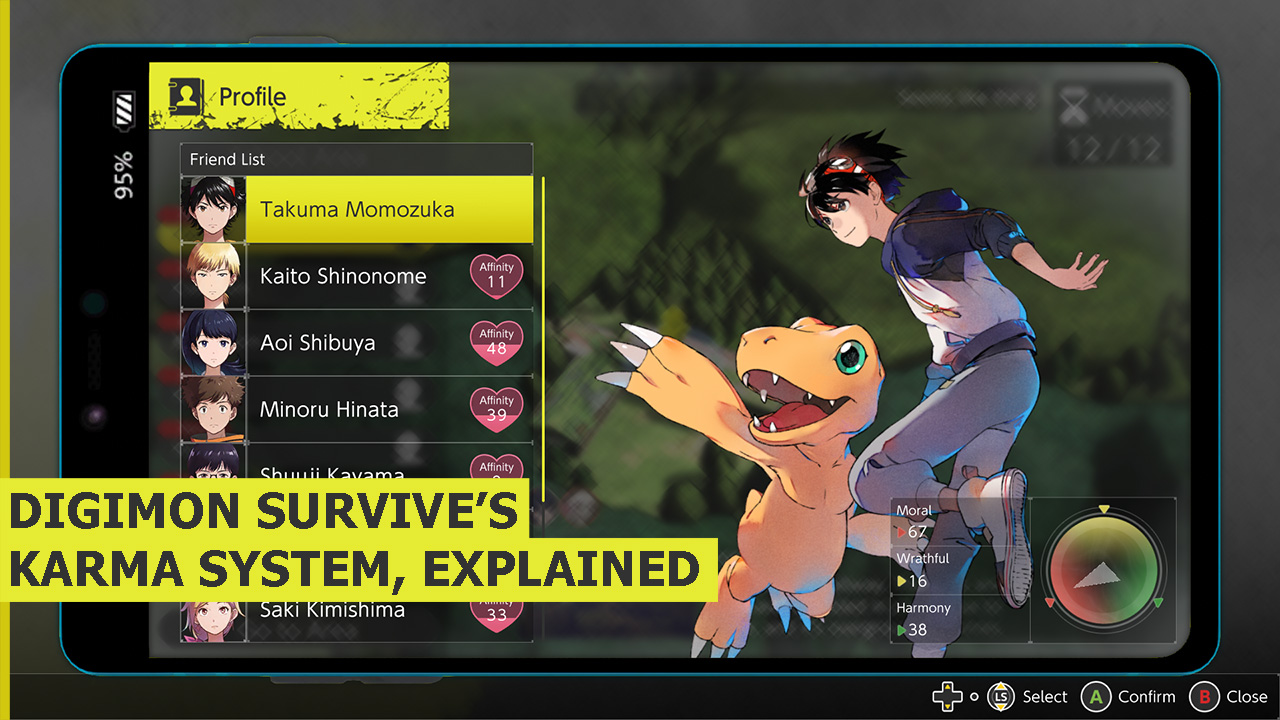 Digimon Survive is only a few hours away and players could not be more excited, as the game is set to bring not only a wide array of fan-favorite Digimon, such as Agumon, Guilmon, and Lopmon, but also promises to feature a deeply personal story, where your decisions will define not only the fate of the many characters present but also the growth of your Digimon, the latter thanks to its Karma System. But how does the Karma System actually works on Digimon Survive?

How Does the Karma System work in Digimon Survive?

Once computed, the karma type with the biggest overall score will then affect not only the world and your success rate when recruiting Digimon, but will also change which evolution tree Agumon will have access to.

How to Get Moral, Harmony, and Wrathful Karma Points

Digimon Survive is set to be released on July 29, 2022, for PlayStation 4, PlayStation 5, Xbox One, Xbox Series X/S, and Nintendo Switch. The Steam version of the title is set to become available worldwide on the day after, on July 30, 2022.

Attack of the Fanboy / GAME GUIDES / How Does the Karma System Work in Digimon Survive? Karma System Explained